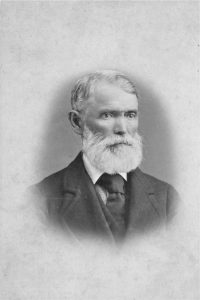 The Merry family was a major force in the development of education in Magog. Indeed, it is obvious that that schooling was very important for this family. While Ralph Merry IV (1786-1863) was the first teacher in Magog, several Merry generations took turns maintaining and developing the education system throughout the 19th century and into the 20th century.

Ralph Merry V (1809-1887), an influential individual both politically and economically,[1] participated as well in the consolidation of schooling in Magog by founding the Magog Academy in 1856-1857. He was the principal organiser of a fund-raising event and the first to donate towards financing the building of the school. With Moses Copp and Orison Bullard, he was also a member of the first board of trustees to run the Magog Academy.[2] 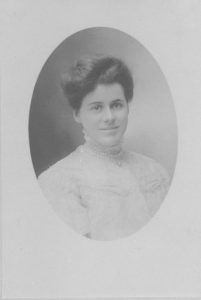 Ralph Merry V’s three daughters were all teachers. Amongst them, Florence Lamanda Merry (1843-1928) was particularly noteworthy. Educated at McGill Normal School in 1860, Florence became a teacher in 1861. Although she taught for a time in Troy (Vermont), she made her career in Magog.[3] In addition to her years as a teacher, however, it was her election to the position of School Board Commissioner that stands as her most important legacy. Indeed, in 1890, thanks to her election to the Protestant School Board of Magog. [4] Florence L. Merry became the first woman in the Dominion of Canada to attain that position. Also noteworthy is the fact that Florence never married. Although uncommon at the time, her marital status surely facilitated her professional involvement, one that was exceptional for a 19th century woman.

Finally, several other Merry family members were teachers in Magog and elsewhere. It was the case, for example, of four of the five children of Joseph Merry (cousin of Ralph Merry V), among them Elma Merry, teacher at Ives Country School (County of Magog), the school that the poet John O. Donigan attended and which inspired the poem “Schoolmates.” 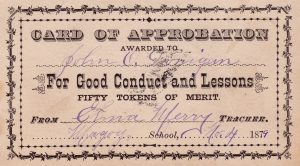 [1] He is known as being the person primarily responsible for the arrival in Magog of the railroad. For more, see Ralph Merry V in the tab gallery.

5. The Magog Academy and the Municipalisation of Education 7. French-Canadian Immigration and the First Catholic Schools