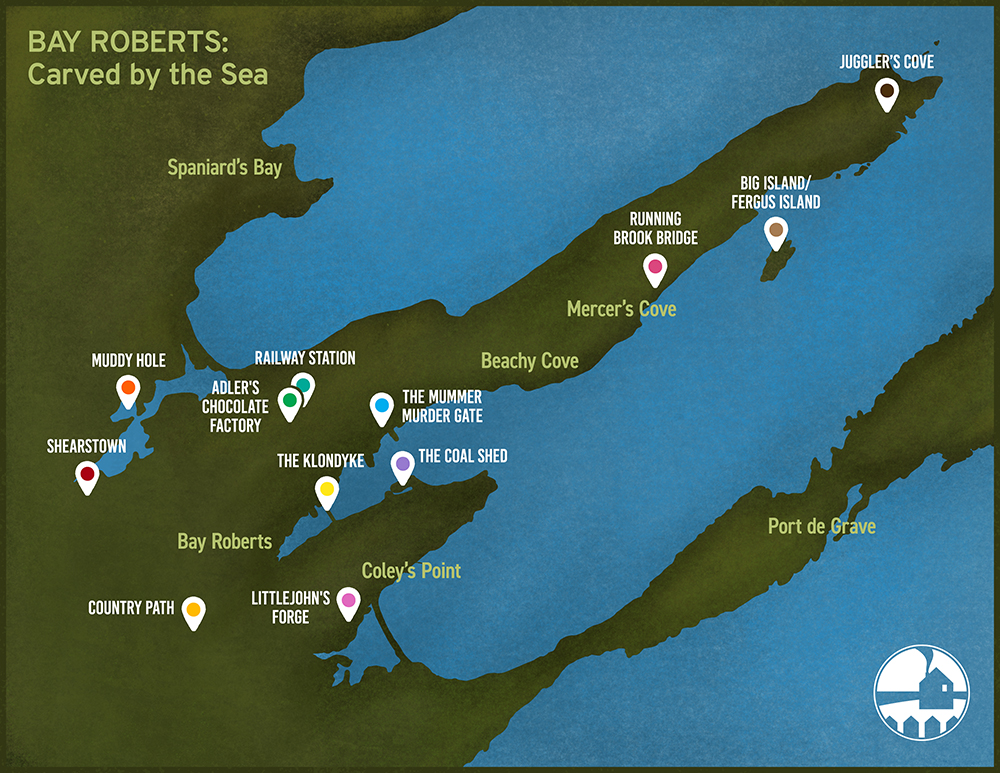 The Town of Bay Roberts is located on the west shore of Conception Bay, on the Avalon Peninsula of the island of Newfoundland, about an hour’s drive from the capital city of St. John’s. European fishermen visited Bay Roberts as early as the 16th century. Fishermen from Brittany and Normandy fished the waters off the coast of Bay Roberts in the early 16th century and named the harbour Baie de Robert. They established onshore fishing stations where they dried and salted codfish, most likely near the end of Bay Roberts harbour.

By the late 16th century, West Country fishermen began to settle in the area. Seary’s book Family Names of the Island of Newfoundland states that the families with the surname French arrived as long ago as 1634 and the Earles and the Badcocks arrived in the 1660s. Families such as the Parsons, Mercers and Bishops arrived later, and a further wave of settlers from the Channel Islands arrived in the 18th century.