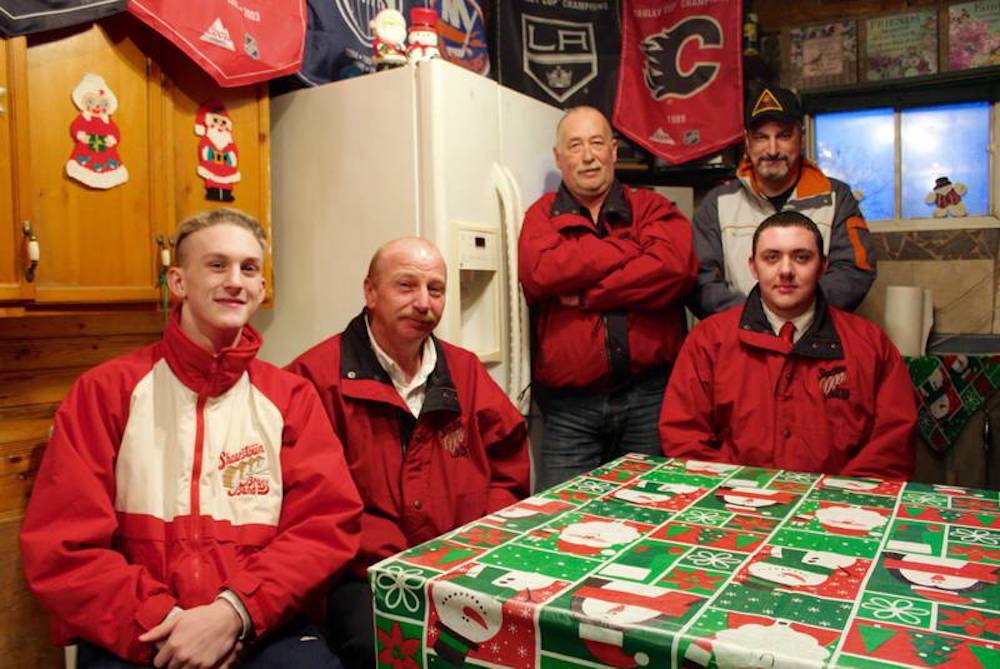 The Loyal Orange Lodge (LOL) is a Protestant fraternal organization that began in County Armagh, Ireland, in 1795.  The first lodge in Newfoundland and Labrador was Royal Oak Lodge in St. John’s, established in 1863. From there, the fraternity spread across the province. Between 1920 and 1960, approximately 35% of adult male Protestant Newfoundlanders were Orangemen, making lodge membership more popular in Newfoundland than anywhere else in the world, including Northern Ireland.

The Cromwell Loyal Orange Lodge No. 81, Shearstown, was constructed in 1898 and was dedicated with the name of Cromwell in 1901. It was one of the earlier community organizations to arrive in Shearstown. Its first master was Martin Sharpe.

Since its founding, the Lodge has been at the centre of many community and social events, including dances, bingo, card games, fundraisers, political gatherings, and parties. As with many other lodges across the province, its Christmas holiday parade became an annual tradition.

On 10th January 1913, the Harbor Grace Standard newspaper noted that the “Cromwell Lodge of Shearston, held their Annual Parade on Christmas Day, and despite the storm a fairly large number were present.”

Such Christmas parades were a big part of the seasonal celebrations, and historically served as a way to raise funds. These funds were either for local charities, or, as during the First World War, for the upkeep of cots for the wounded in France and England. The 17th April 1907 “Bay Roberts Notes” section of the Evening Herald reported:

A highly finished altar desk of polished brass was placed in St. Mark’s Church, Shearstown, on Easter Day and dedicated to the service of God, with suitable prayers at Evensong, by the Rev. J. Bell, rector. It is worth recording that the handsome gift is the outcome of a church parade of the LOA Cromwell Lodge, Shearstown, held last December.

Brass bands like the Cromwell Lodge band were once a very popular tradition across Newfoundland and Labrador, but the tradition has faded over the years. Today, the Shearstown Brass Band is one of the few remaining traditional brass bands. It continues to hold an annual Boxing Day parade.

“There are bands out there now who only have maybe eight or so people left,” long-standing band member Paul Somerton told The Compass newspaper in 2018. “It’s a popular tradition, to watch the brass band this time of year, but a lot of bands out there now just don’t have the numbers like they used to.”

Somerton believes the success of the Shearstown band is linked to its inclusion of young people.

“As long as they’re having fun, they’ll keep an interest in being a part of the band,” he told reporter Chris Lewis. “In a couple years, they’ll know more of what they’re doing and be able to carry on the tradition on their own.”