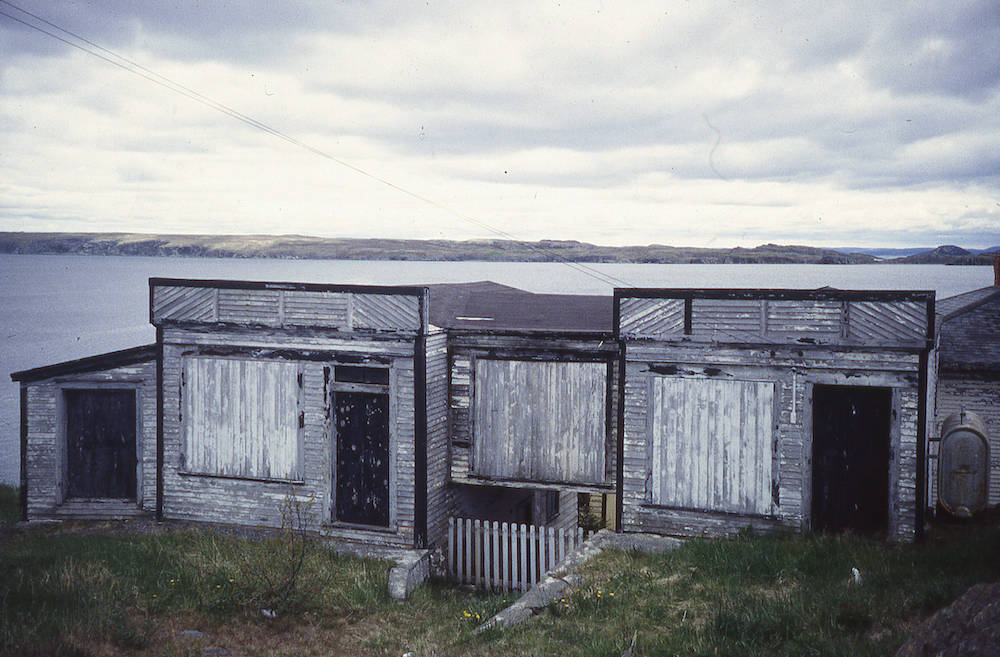 Running Brook Bridge is located in Bay Roberts East, close to the curve in the road near Crane’s Hill. The area was settled at least by the early 1800s: Samuel Parsons, from Devon, settled at Running Brook about 1825, and a Methodist church was built there in the 1860s.

The bridge itself was an important local meeting spot. In January 2007, Gwen Dawson told writer Dennis Flynn that young couples out courting would stroll along the coast, or some would meet near the Running Brook Bridge to go for walks. Today, older residents of Bay Roberts East recall it as a communal spot where men would gather to gossip and trade stories. In this way, the location served as a link to the storytelling and oral history traditions of the community.

Apparently if the men weren’t at work, they were on the bridge. As it was described to me by my grandmother, Audrey Sparkes, it was a popular spot for men from Running Brook.

The neighbourhood was also a site of tragedy, and early newspaper accounts give us a sense of the dangers of everyday life in previous centuries. In September of 1898, for example, a boy belonging to Running Brook, the son of George Russell, aged eleven years, was standing on the brow of a cliff catching tomcods. The boy stumbled and fell over into the water, and before timely aid could be rendered the poor boy was drowned. In September of 1912, Stephen Badcock of Running Brook left his home one morning at 6 o’clock and was not seen again. “He is subject to fits,” the newspaper claimed, adding, “It is feared he fell over the cliff into the sea.”