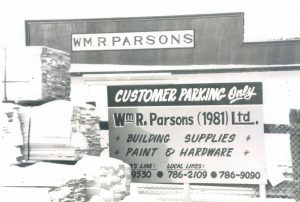 The business premises of the Parsons family, circa 1990.

Just outside the town is a little village called Country Path, with farms and gardens. This is the end of the district, where farming is also practised on a small scale, where the people show the same skill in domestic things like knitting and spinning, or hooking mats and making patchwork quilts.

About the middle of the nineteenth century some of the Earle and French families left Jugglers Cove and moved further inland to what today is named Country Road, formerly known as Country Path.  In 1991, the Decks Awash magazine reported:

The first mention of settlement is of Benjamin French, who moved from Bareneed to Coley’s Point and then to Country Path in 1847. Most early settlers wintered by Country Pond but continued to fish out of Coley’s Point, although there is some indication that wives spent at least part of the summer in Country Path while their husbands were fishing the Labrador.

By 1857, Country Path, with the Coish at the head of Bay Roberts harbour, was home to 157 residents. The 29 families in 1857 included 110 Church of England, 38 Wesleyan, and nine Roman Catholic, with most engaged in the fishery.  In 1858, George French of Country Path and Thomas Earle of Jugglers Cove petitioned the House of Assembly for funds to repair the roads in their area.  As waterfront areas, farming land, and timber lots were occupied in Bay Roberts, people continued to move inland to settle on narrow strips of land along the Path. 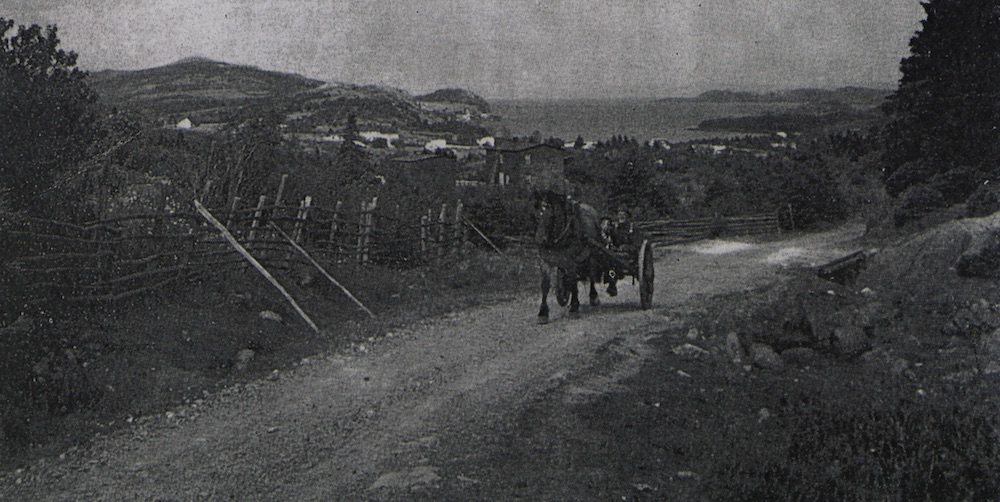 Along with Earle and French families, the Copley, Kelligrews, and Goosney families settled along the Path. One of the earliest Crown land grants in the area close to Country Pond was to Thomas Copley in 1860.

The Earle family received a grant of a large plot of land that originally extended six hundred feet south from Sawdust Road, on the southern side of Country Road. Many of the Kelligrews and Copleys later left to work as miners in the Cape Breton coal mines. The Goosney family lived near Country Pond, and until recently there was a cross near a turn in the road that identified the grave of one family member who died and was buried there in 1882.

Taken together with the community of Coley’s Point, the population increased rapidly to 1,334 by 1884, and a new Church of St. John the Evangelist was built in 1909 for Coley’s Point and Country Road residents. 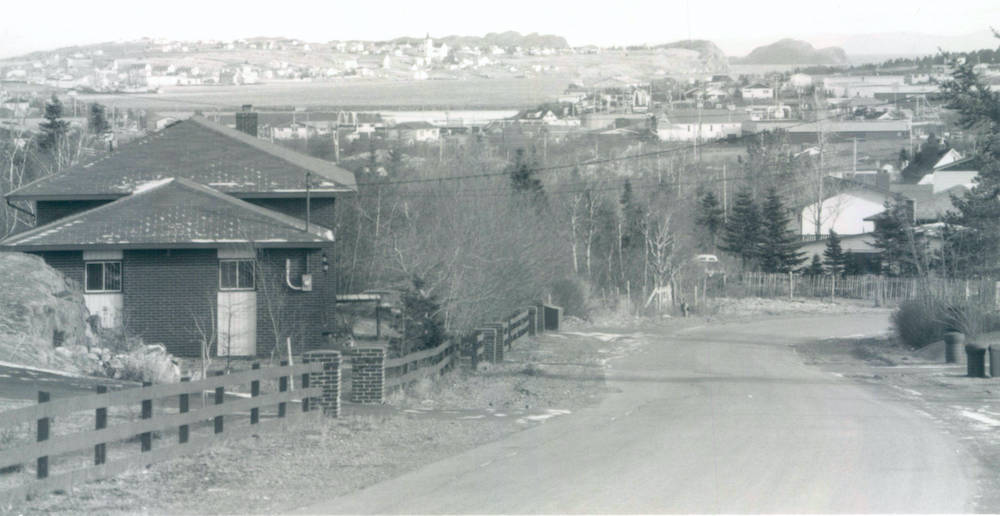 As farmland became scarce elsewhere, Country Path’s pastures and fields became increasingly important to the growing community of Bay Roberts. Josiah Russell was one of the first settlers in Country Road, and his great-grandson Adrian Snow continued to farm family land into the 1980s. Another early entrepreneur, William R. Parsons, started a business with Jim Earle on Country Road. That business was the predecessor of the sawmill operations of William R. Parsons Ltd, which passed on to his son William R. “Duke” Parsons and grandson Don Parsons. By the early 1900s, the name Country Path had been changed to Country Road, and the community had amalgamated with the Town of Bay Roberts circa 1965.