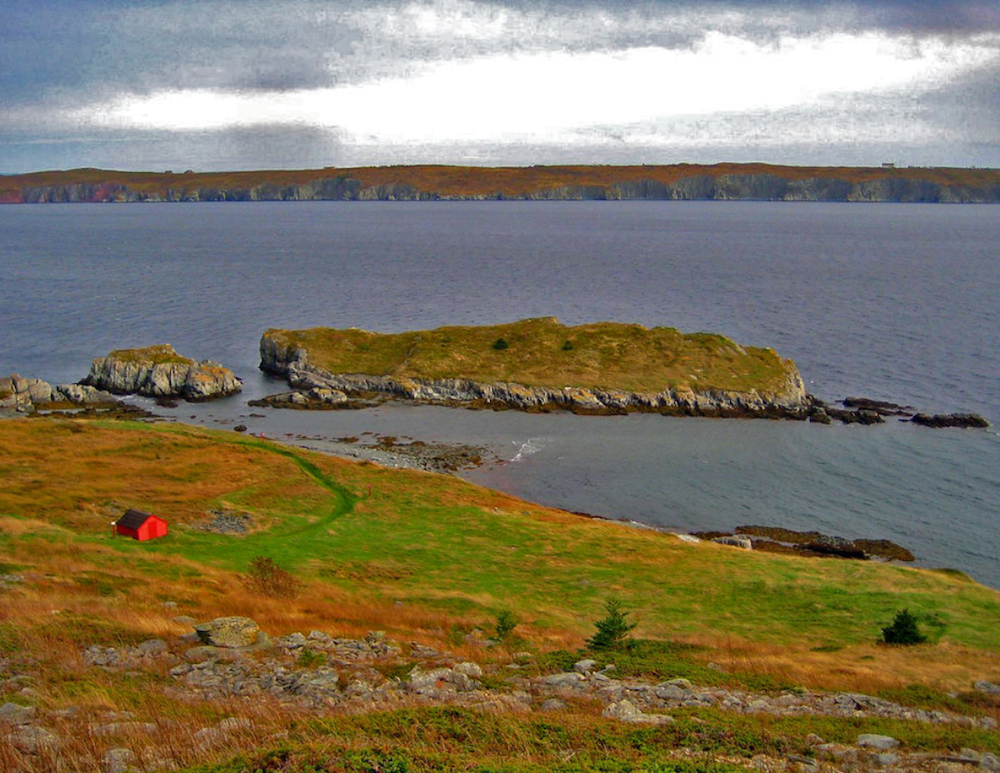 Our story of Bay Roberts begins at Juggler’s Cove at the eastern end of the community. It is the town’s oldest settlement, and local lore says it got its name because one would need the dexterity of a juggler to navigate the harbour. The Earle family arrived in the 1660s, possibly from Bell Island, and were there when the Cove was burned during the campaign of Pierre Le Moyne d’Iberville in 1696-1697. The French plundered the house and store of Mrs. Earle, who was carrying on a small supplying business. Prowse’s History of Newfoundland notes:

The French attacked Little Belle Isle with two barges full of soldiers. John Earle had cannon upon the cliff; he sank one barge with a shot, and the other then rowed off; he had scarecrows dressed up as men on the top of the cliff to make the enemy believe he had a large force…. John Earle lived and died and was buried on Little Belle Isle. One of his sons, William, lived in Juggler’s Cove, Bay Roberts, and died there of smallpox in 1777.

In 1943, it was noted that William’s headstone was still “in good preservation.” Today, William’s headstone is the only readable marker visible, noting that he died 5th June 1776, aged 67. Alongside William’s grave are numerous slate/stone markers, as well as unmarked graves. In the early 1990s, the burial ground was restored by the Bay Roberts Heritage Society, which unearthed many historic headstones. 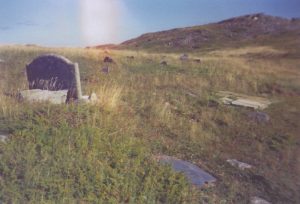 Juggler’s Cove continued to consist mainly of Earle families until it was abandoned in 1925. The last inhabitants were the widow Mary Earle and her ten-year-old twin sons, William and Moses.

Even in its abandoned state, Juggler’s Cove continues to be a place that attracts mysterious legends, including tales of a strange inscription in the cliff over Scogglin’s Gulch. Another example is the story of Locke Thomas, said to have been a captain in the Boer War who dug up  a treasure in Juggler’s Cove. 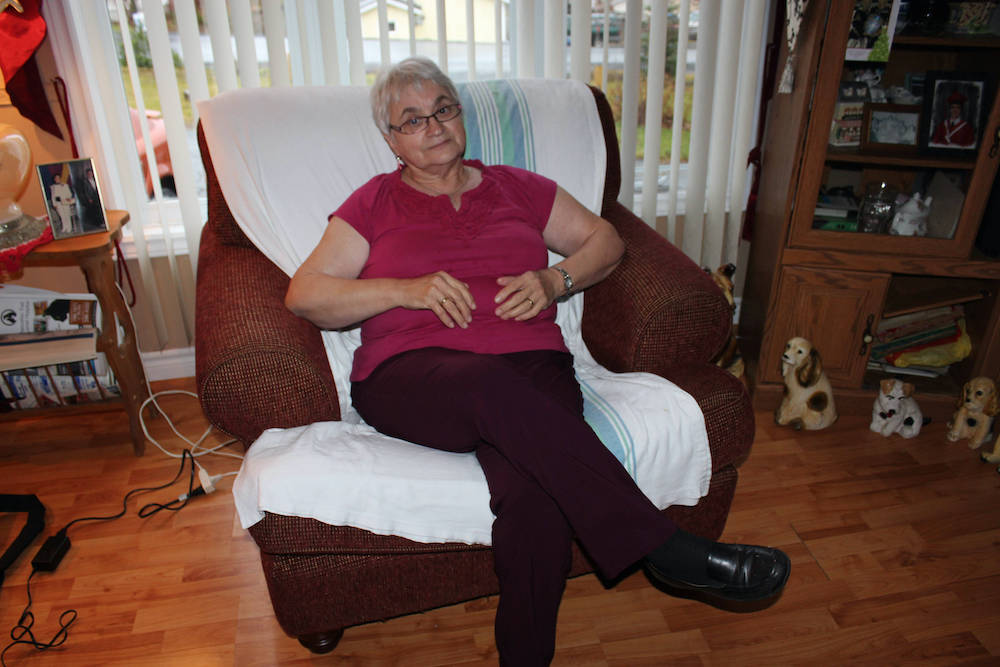