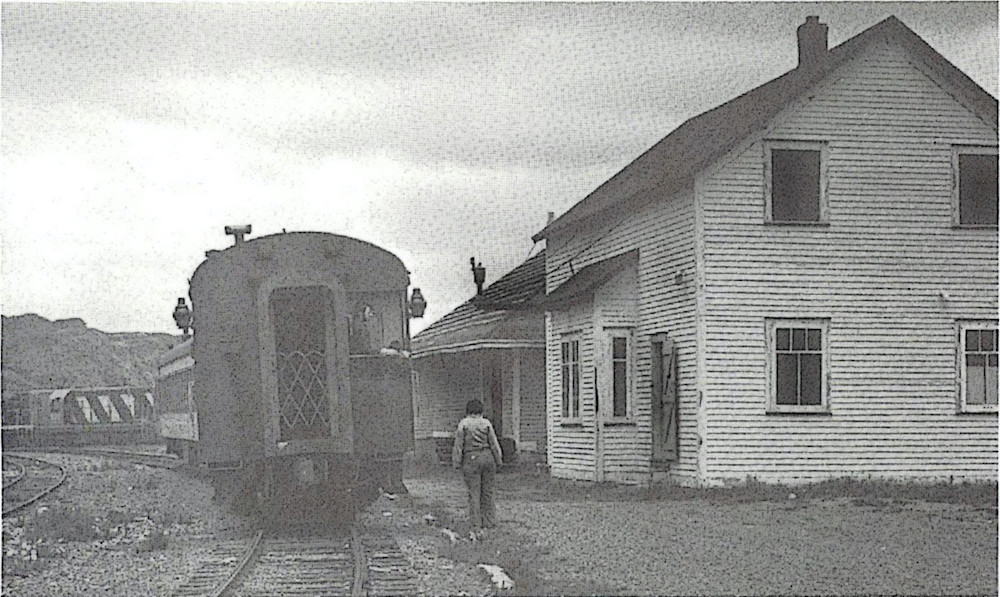 In 1898 a railway branch was constructed from Brigus Junction to Tilton via Brigus, Clarke’s Beach, Bay Roberts, and Spaniard’s Bay. The railway opened the way for transport of freight and passengers province-wide, and the community grew as a result.

A wooden, two-storey station, more appropriately called a combination depot, was built by the Reid Newfoundland Company between 1904 and 1908. It had facilities for passengers, baggage, freight, and an agent’s office on the first floor. A protruding bay overlooked the tracks, and an enclosed porch on the opposite facade gave access to the ticket counter inside.

The government engineer, Mr. Burchell, signified his approval for the planned station, but suggested “that instead of the entrance to the ladies waiting room being off the men’s, a separate one should be provided, and the necessity of ladies entering the men’s waiting room be obviated.” These two entrances are still visible today. 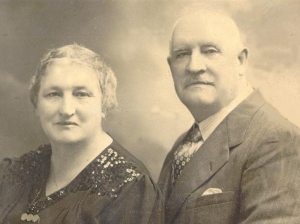 A railway agent lived with his family on the second floor. One of the earliest station masters was George Abbott, who worked at the depot from 1908 to 1921. Six Abbott children were born to his wife Emily in the upstairs residence. On April 5, 1914, as the bodies of men who died on the ice in the Newfoundland Sealing Disaster arrived at the station, Gwen Abbott was born upstairs, bringing both death and life to the depot on the same day. Another child, Walter, would later serve as station master from 1956 to 1968.

Work at the station was not without drama. Consider the case of Mr. Alexander Bishop, a baggage man with the Reid Company. In April 1916, a train had drawn into the station to couple with a waiting freight car. The St. John’s Daily Star reported:

..it was at this work that Mr Bishop was injured. He was attaching the connecting links when his right wrist was caught between the irons and badly crushed. He suffered intense pain which was somewhat alleviated by Dr Pritchard who was called and treated him. The injured man was placed on the train and made as comfortable as possible and on reaching town was taken to the general hospital. The wrist is severely crushed and bruised but it is hoped that the hand will be saved and that amputation will not be necessary.

Today, the station is symbolic of trade and commerce in the region. It is a rare example of a railway building in a province where the railway no longer exists, as rail buildings have all but vanished.