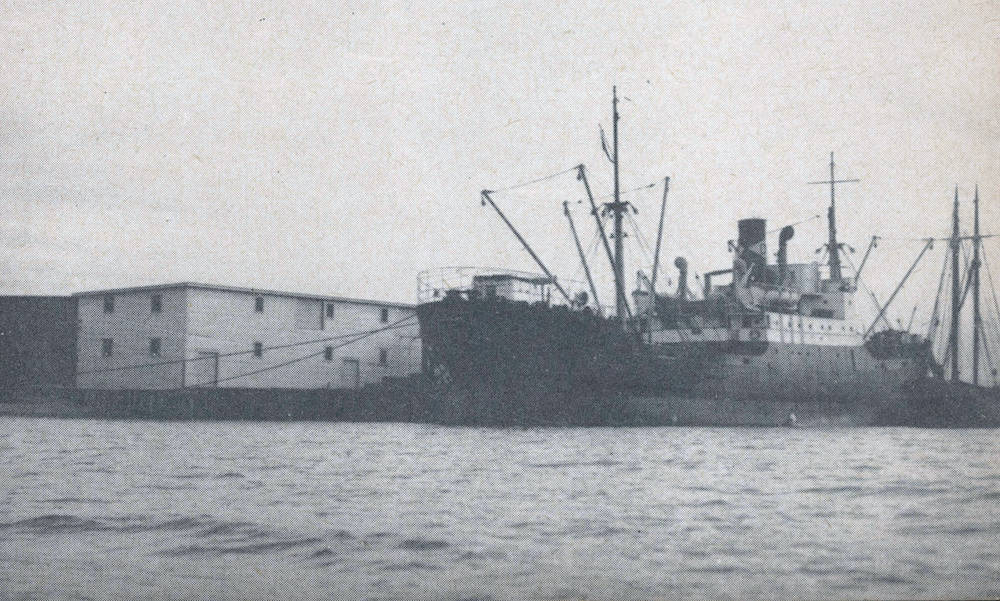 Unloading coal at the premises of the Avalon Coal and Salt Ltd. September 1948.

We had stoves in all the classrooms. Teachers had a time to try and learn us something and keep the bogey [cast iron stove] going. One of the boys would come with a handful of splits in the morning and the bucket of coal. Used to buy the coal from the coal shed. He’d light the fire and it was up to the teacher then to keep it going.

Bay Roberts in the early to mid-twentieth century was often dependant on coal for heating homes, schools, and businesses. Many residents have memories of home coal delivery, or of horses and carts at the Coley’s Point coal shed.

While the most visible sign of the business today is the salt pile, locals still refer to the location as “the coal shed.” Its history is linked to the Dawes, an important merchant family who started the Avalon Coal and Salt Company at Fishing Ships Room. 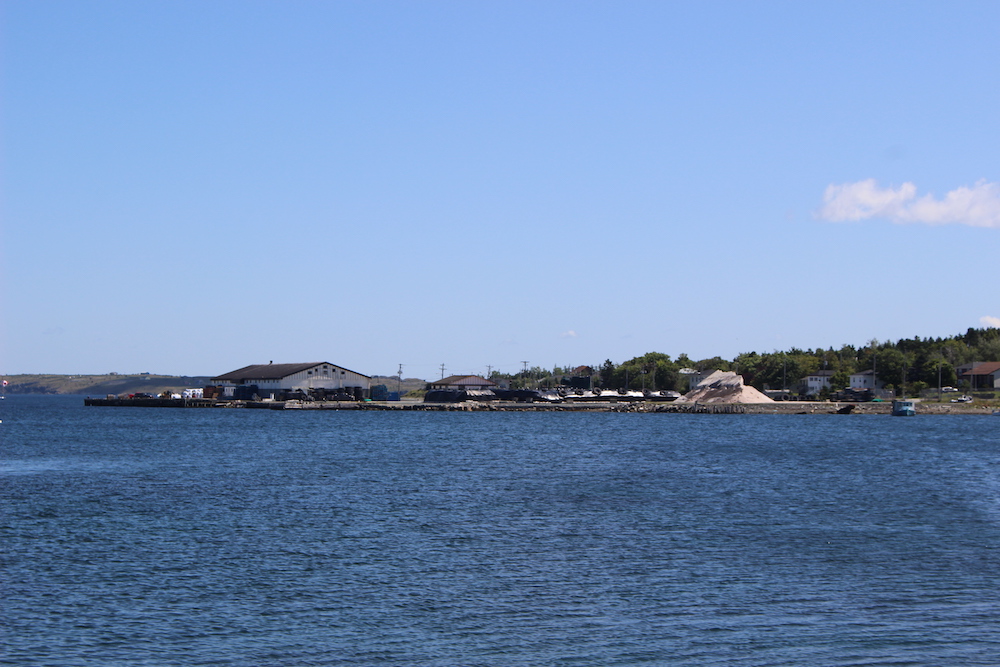 “My great-grandfather, Elijah Dawe, (1807-1902) was the first to settle in Coley’s Point after moving from Back Cove, Port de Grave, in the early 1800s,” Eric Dawe, then the managing director of the family business, told Decks Awash magazine in 1991. Eric recalled his great-grandfather’s schooner:

He had a floater [fishing schooner] he took to the Labrador and brought back fish to dry here on the land at Coley’s Point. It was a good, natural beach that didn’t have any buildings at the time and was bought from the Goosneys in 1840. We’ve been active on that land ever since, and take pride in being here so long.

Elijah Dawe’s three sons, Eli, John, and Eric’s grandfather, William, founded the Avalon Coal Company in 1918.  Eli Dawe, born in Port de Grave in 1843, occupied several government posts. He continued as director of the Avalon Coal and Salt Company at Coley’s Point and died in 1930.  During the 1920s and ‘30s, as many as 15 men worked for the company, which would later become the Avalon Coal, Salt and Oil Company. 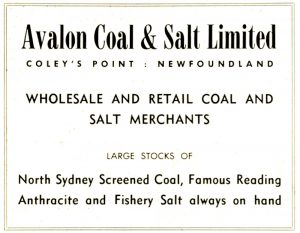 As the demand for coal lessened, the company diversified, selling heating oil, fisheries salt for the salt cod industry, and road salt. The company is now over a hundred years old, and continues to sell salt, with their orange bags of driveway and sidewalk salt a common winter sight at gas stations across the province.

From a Needle to a Clap of Thunder – The Shops and Stores of Shearstown Remembering Littlejohn’s Forge, Coley’s Point