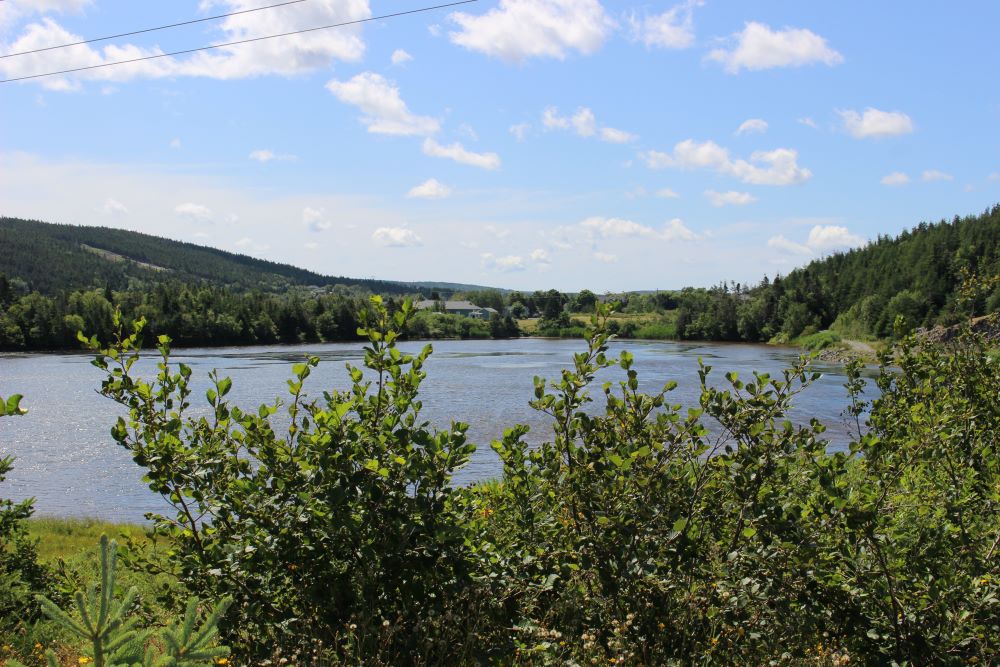 Area at the mouth of the Shearstown River known as “Muddy Hole,” 2019.

Starting in the early 1800s, men from Mercer’s Cove and French’s Cove visited the area bordering Bay Roberts and Spaniard’s Bay “chasing the wood,” a term meaning to collect winter firewood. Some families started to overwinter there, returning to Bay Roberts in the spring. Eventually, they settled there permanently.

The Shearstown pioneers included the families of Holmes, Earle, Hedderson, Badcock, Sparkes, Franey, French, Saunders, and Mercer.  Some settlers like Augustus Mercer worked in the fishery, while John and George Tetford set up a cooperage. Originally known as Spaniard’s Bay Pond, the name was changed to Shearstown in honour of the Reverend W.C. Shears in 1905.

During its early years, the most prosperous part of Shearstown was the area known as Muddy Hole, near the mouth of the Shearstown River. This was once a bustling trading place for the people of Shearstown and surrounding communities.

“People used to live in Muddy Hole. But they don’t live there anymore,” Trudy Hutchings told folklore student Abigail Crocker. “I suppose they came up to be with the rest of the people. Water and sewer weren’t put through there, but I can remember as a small child, there were foundations and deteriorating fences down there.”

Settlement in the area has shifted further inland and Muddy Hole is now primarily a place for walking and jogging, with the old road a trailway for ATVs. The area is a biodiversity hotspot and is provincially recognized as a significant birding destination where one can watch for migrating shorebirds and wading birds. Recognizing its ecological importance, the estuary was marked for conservation on June 6, 1997 by the provincial government and the bordering towns.