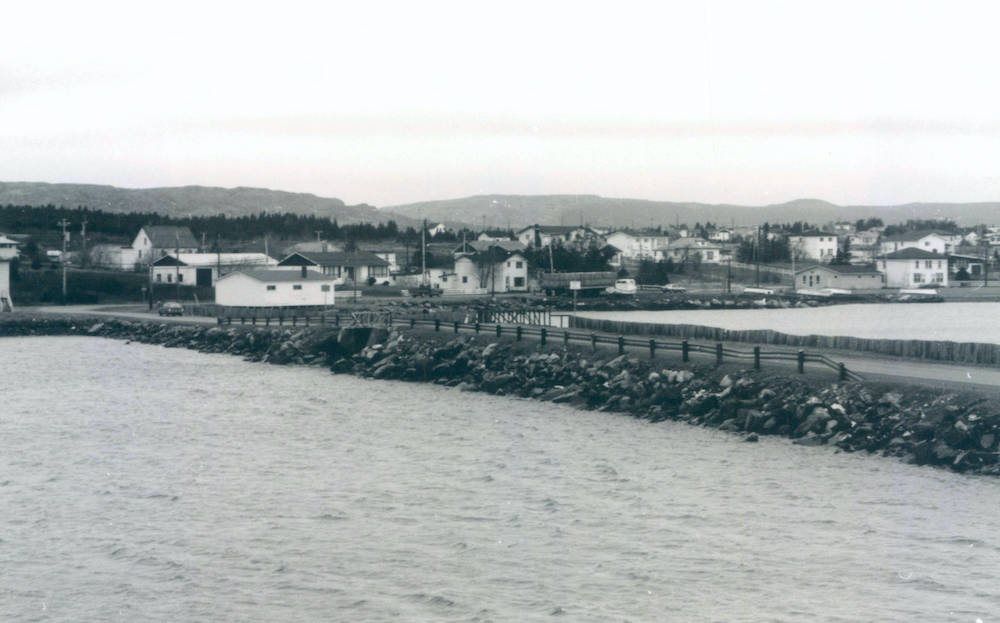 Before 1898, people travelled to and from Bay Roberts East and Coley’s Point North by boat, a small ferry, or by a 5 kilometre overland route around The Coish (an Irish term for the part of a river estuary cut off from the sea at low tide).

In the mid 1890s, local women circulated a petition to raise support for a causeway. Their idea was that a causeway would provide a shortcut across the harbour and work for those affected by the collapse of the Labrador fishery.

No funding was approved. At a public meeting in 1897, residents decided to build the causeway themselves. Construction began in the winter months. According to local folklore, men, women, and children carried rock and gravel from beaches by horse and sled, in wheelbarrows and handbarrows, and by hand. The material was dumped on the ice in the harbour. If its weight did not break the ice, the men chopped channels to allow it to drop to the bottom.

With many residents facing destitution, the government agreed to pay the workers starting in the winter of 1898. The causeway was to be 600 feet long and 10 feet wide. The government agreed to pay those who worked on the construction $1 a week. This was enough to buy one barrel of flour or one keg of molasses, and was a welcome relief for people facing a winter of hunger.

Legend says that a store owner, Mrs. Bursell, compared the paid work to the fortunes to be made in the Klondike Gold Rush, which had begun in the Yukon around the same time. Thus the causeway received its name, spelled in the English manner with a “y” instead of an “i.”

The structure was strengthened and repaired in 1907, as the 5th of May “Bay Roberts Notes” in the Evening Telegram newspaper shows:

The Road Board is at present affecting repairs to Klondyke Bridge. The old wooden beams are being replaced by massive iron girders, and when completed the structure will be considerably strengthened. This highway is a great convenience to the people of Coley’s Point in doing business on this side, as it cuts off a considerable distance which would otherwise have to be traversed. 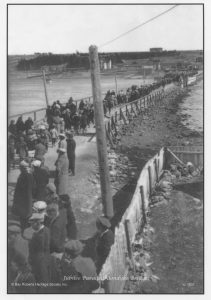 The Klondyke has been a gathering spot, a route for parades, and a place of celebration.  From the mid 1990s to the early 2000s, Bay Roberts celebrated its history with an annual Klondyke Days festival. It was officially recognized as a heritage structure by the Town of Bay Roberts on June 19, 2018.