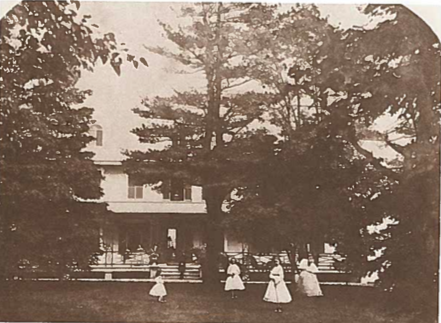 The Marchmont Estate was sold by the “Seminaire de Quebec” to a James Murray in 1763. The property passed from person to person for many years. The area was the first domain west of the Plains of Abraham to be annexed by the city of Quebec. Later, the property became a private college called La Merici.

In the early 1860s,  John Gilmour, a vital merchant and shipbuilder of Quebec, owned the property. He later hired William Treggett as head gardener on his estate.  William enjoyed working on the property and told many stories about his life on the farm.