The war years between 1939 and 1945 were difficult ones for the Jewish community. There was concern for family members living in Europe. The city’s newspapers printed dire news of restrictions and attacks against Jews. The Boyaner and Elman families listened to the news broadcasts from Germany on shortwave radio. By 1945 it was known that several Saint John families lost family members in the Holocaust.

These worries along with the strong patriotic ties to their adopted home led more than 80 men and women from the Saint John Jewish community to enlist for service in the Second World War. 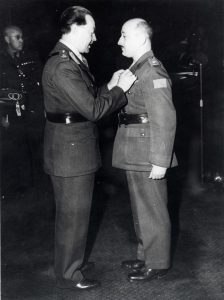 Jewish enlistment from Saint John into the Canadian Army, Royal Canadian Air Force and Royal Naval Volunteer Service Reserves started before the declaration of war and increased once war was declared. Most were assigned to duties behind the lines as office clerks, medical orderlies, road builders, grounds crew, wireless operators and instructors. Less than twenty served overseas. Only a few found themselves in danger.

There were also a few former Saint John men who enlisted in the United States Army and Navy. At least two men participated in the campaigns to free Italy.

A smaller group of women enlisted as part of the Canadian Women’s Army Corps, the RCAF and Canadian Red Cross. They took on clerical duties in Canada and England. 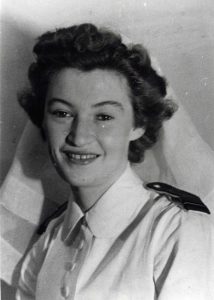 There were few reports of injuries. Remarkably, all but one of these service personnel returned home after the war ended. Dr. Frank Boyaner contracted pneumonia and died in an English hospital. His remains were interred in Brookwood Military Cemetery near Surrey, England. 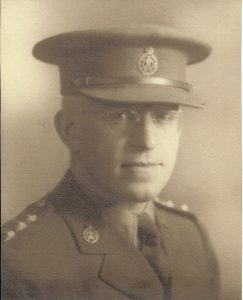 After the war ended, the discharged service personnel returned home and either resumed their careers in business or started new businesses.

Jewish citizens joined others in raising funds through Victory Bond campaigns, collecting items for salvage, donating at blood donor clinics, and entertaining the troops. Some men, too old to join up, patrolled Saint John’s streets at night to keep watch and enforce the blackout. As a port city, Saint John was considered a potential target. Precautions were taken against possible U-boat activity in the Bay of Fundy.

Jennie Brownberg stands out among those who supported local war efforts. She opened her home to visiting service personnel. It became a centre for home cooked meals and quiet entertainment. Many people wrote messages in guest books and sent letters of thanks for her hospitality. She also became the director of the Jewish Servicemen’s Centre in 1944 and worked with the Red Cross. 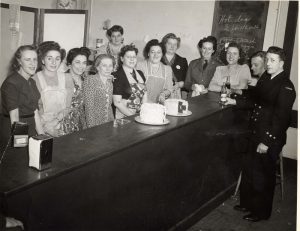 In February 1946, the members of the Shaarei Zedek Synagogue held a special service to welcome their service men and women home. A special plaque was unveiled at the service which listed those members who had served King and Country.