More than 200 Jewish businesses are listed in the Saint John city directories from the 1870s to the beginning of the 21st century. These stores were the backbone of Saint John’s commercial life. Many Jewish stores flourished for decades and welcomed generations of loyal customers. The move of the third generation of Jewish residents in to the professions and changes in shopping habits after 2000 led to the demise of all but two Jewish stores.

Cigar factories and stores were established by the Hart, Green and Isaacs families in the 1860s and 1870s. They had trained as cigar makers in England. 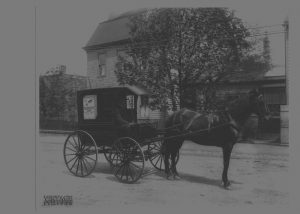 Nathan Green’s store survived until the late 1970s. In the 1930s the business relocated to King Street, where it was known as “Green’s at the Head of King”. It was the most prominent location in the city. Four generations of the Green family – founder, Nathan Green, son Louis and grandson, Harry C. Green managed the store. In turn, Harry’s sons, Louis and Nathan, continued the cigar business and expanded to include a novelty store and restaurant.

At the turn of the twentieth century Eastern European immigrants established clothing factories and tailor shops in the uptown and the North End. They employed many immigrants and young women, many who had learned tailoring skills in the shtetls.

Smaller tailor shops opened in the 1910s and 1920s. Among them were Myer and Ben Hoffman who were craftsmen in the art of tailoring. It was said by many of the city’s men that owning a suit from the Hoffman’s was a sign that they had “arrived”. Another tailor, Abraham Rozvosky, was known for his fur coats and hats.

The Jewish stores which sold clothing and shoes were among the most prominent in the city. Most of these stores were found along Main Street in the North End of the city and along Dock, King and Union Streets in the uptown. They were noted for personal service and fashion sense. 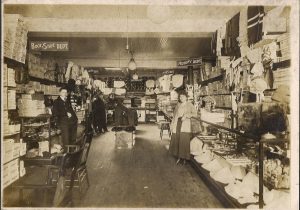 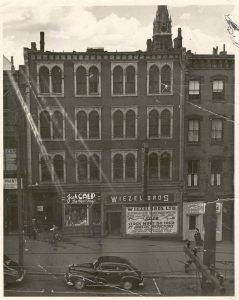 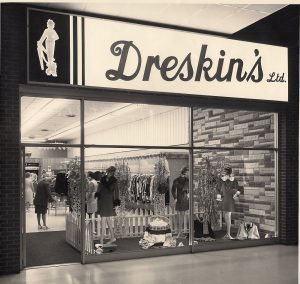 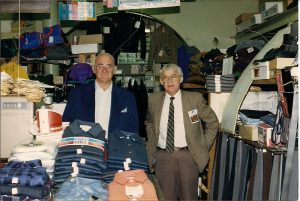 As an Orthodox community until the early 1960s, Saint John’s Jews required ready access to kosher meat and groceries. In the early days of the community, the Rabbi would ritually slaughter chickens and the women would carry out the process to complete the koshering of the meat for consumption.

From the 1920s to the 1950s, there were four kosher butchers. Most ran shops on Main Street, in the midst of the Jewish neighbourhood. These shops were a gathering place for many Jewish women who went shopping twice a week for their family’s needs.

Some Jewish grocers brought in and sold traditional Jewish and kosher food, including rye bread, bagels, smoked meat, and herring. Special items required during Passover and for the preparation of kosher meals for Bar Mitzvahs and other events held in the Synagogue were also sold. Their shelves also carried general groceries. 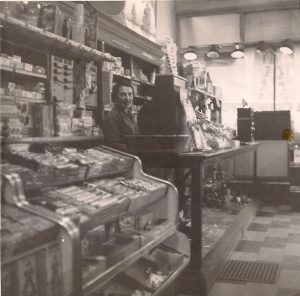 A few Jewish restaurants existed, although none of them served a kosher menu.

In the 1920s, Saint John became the main centre in the Maritime Provinces for the distribution of films to theatres. Most of the big movie companies established offices in the city with local men, most of them Jewish, who served as branch managers until the 1970s.

Local movie theatres were operated by Abram Garson, Mitchell Bernstein, Joshua Lieberman and Joseph and Mitchell Franklin. These theatres became part of chains that operated theatres in other Maritime Canadian cities from the 1940s to the 1960s. In the 1950s the Franklins opened one of the first drive-in theatres.