After the American Revolution ended in 1783, thousands of people, determined to stay loyal to the English King, boarded ships in New York and elsewhere and relocated to what would become Saint John, New Brunswick.

At this time, the area was a modest trading post with little land cleared for settlement. Many of the Loyalists would spend those first months in tents and in primitive conditions, but it took only a few years to build a city of homes and businesses on both sides of the harbour.

Among these arrivals was David Gabel, described as a “Hebrew” on the passenger manifest for one of the ships carrying Loyalists to Saint John. He arrived with a wife and children in 1783.

Although he had been granted 200 acres of land near Fredericton, he chose instead to settle in Saint John with his family where he opened a bakery and butcher shop on Kings Square. There is no evidence that the Gabel family actively practiced their Jewish faith. David Gabel died in 1816.

More than forty years would pass before a viable Jewish community developed in the city.

Saint John in the 1850s was the third largest city in what was then British North America. Its economy was centred around shipbuilding and the shipping of goods to and from the United States and Europe. Much of the city’s growth was attributed to immigration. 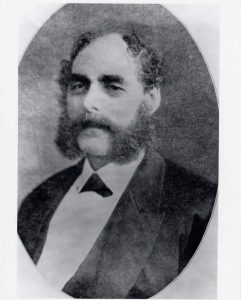 A wave of Jews arrived from England in the late 1850s through the early 1870s, most of them cigar makers. They came from London, England by way of New York. 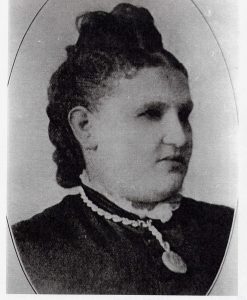 Solomon and Alice Hart and their children arrived in the city in 1858. They were followed the next year by Nathan and Jane Green with their children and by Henry Levy. All three men were related by marriage. It was another eleven years before brothers, Abraham and Israel Isaacs joined them. They later married two of the Hart daughters. 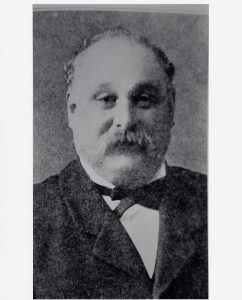 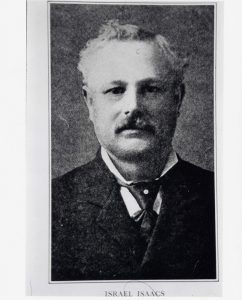 These families were affluent by the standards of the day and were readily accepted in Saint John society. The Hart, Green and Isaacs men established themselves as cigar makers. 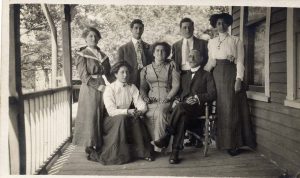 Nathan Green was a philanthropist and provided assistance to the county poorhouse and to impoverished immigrants arriving in the city. He was the last Saint John resident to receive the Freedom of the City before Confederation in 1867. This was a privilege paid for by those who intended to conduct business and was recorded in the city’s financial accounts as a form of business taxation. 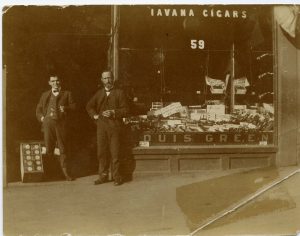