Pamdenec, a small railway stop 20 kilometres miles west of Saint John along the Saint John River, was a summer cottage community for the Jewish community from the 1920s to the 1960s. The Webber, Bassen, Davis and Boyaner families were the first to establish summer homes in the area and the community grew to more than fifty families by the 1940s. Many families built their own homes in Pamdenec, although others bought or adapted existing structures. 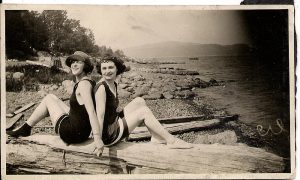 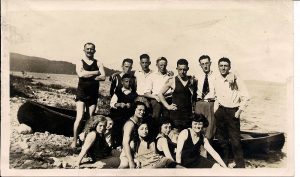 Summer days were spent in informal gatherings which included visitors from Toronto, Montreal, New York, and elsewhere. During the day there was swimming at the beach, berry picking and picnics. There were house parties and bonfires on the beach in the evenings. If the day was rainy, families gathered around the fireplace or danced to the music of Benny Goodman and other musicians. Children walked freely from home to home, called home for supper by whistles blown by their mothers. Parents did not worry about their children and doors were never locked. Those celebrating birthdays in the summer held large parties which welcomed all community members. 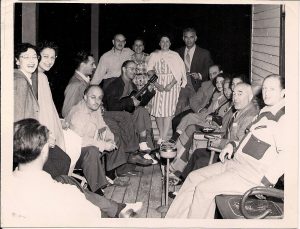 There were also formal events including picnics for the Hebrew School and YMHA. Gin rummy tournaments took place on weekends in the Clubhouse, attracting players from Fredericton, Moncton and Halifax. The YMHA fielded a baseball team in the C.P.R. League against teams from nearby neighbourhoods. Next to the ball field was Marven’s grocery store where many of the players, spectators and others purchased and ate summer treats. 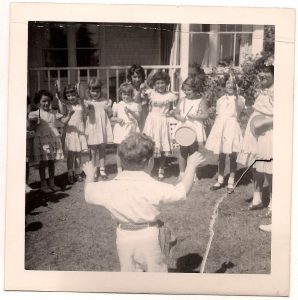 Beginning in the 1950s, the children began to attend Camp Kadimah, a Jewish summer camp on the south shore of Nova Scotia. As this camp gained popularity, families began to sell their cottages and the summer community dwindled away. 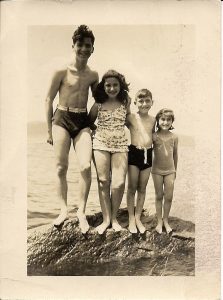 Only memories remain of these carefree days. 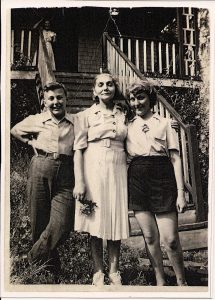