Marcia Koven began collecting documents and photographs and recording interviews with elderly residents in 1983 to preserve the Jewish history of Saint John. On July 22, 1986, the Saint John Jewish Historical Museum opened its doors for the first time. The official opening was attended by many special guests, including provincial MLAs and the city’s Mayor. That summer three hundred visitors viewed the exhibits. 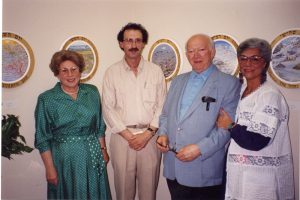 The number of visitors has increased in the thirty years since. Most of those early visitors came by car or motor home; today they are as likely to be passengers on board visiting cruise ships between May and October. The Museum also welcomes group tours year round from schools, churches and organizations. 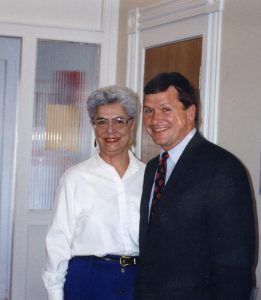 Many different exhibitions have been produced to show the community history including businesses, weddings, Bar Mitzvahs, immigration, Israel, organizations, medical professionals, and military service. Several internationally known artists have had their work hung in the museum including Herzl Kashetsky and David Silverberg. 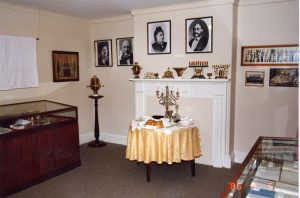 The Dr. Moses I. Polowin Memorial Library houses the most significant collection of Judaica east of Montreal. The Museum’s collection in the Louis I. Michelson Archives includes more than 1500 objects. Thousands of documents including minutes, correspondence, programs, and personal history are stored with the Collections of the New Brunswick Museum. These are indexed and available to researchers.

Research on the community’s history has been conducted to enhance exhibits and for publication. A database has been compiled of more than 900 burials in the Shaarei Zedek Cemetery. Records of Jewish residents and businesses as recorded in the Saint John City Directory have been collected.

A published history entitled Weaving the Past Into The Present: A Glimpse into the 150 Year History of the Saint John Jewish Community was published in 1989 and updated in 2008. 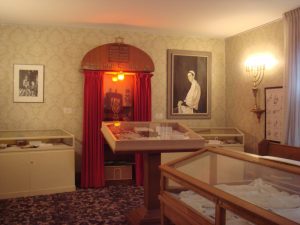 Several annual events are held including a Chanukah Menorah Lighting ceremony, a Holocaust Memorial Day Program and the Saint John Jewish Film Festival. Since 2000, an educational program on the Holocaust has been offered to high school students. 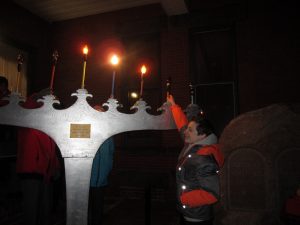 The Museum has become a vital link for former Saint John residents to reconnect with their Jewish history in Saint John.