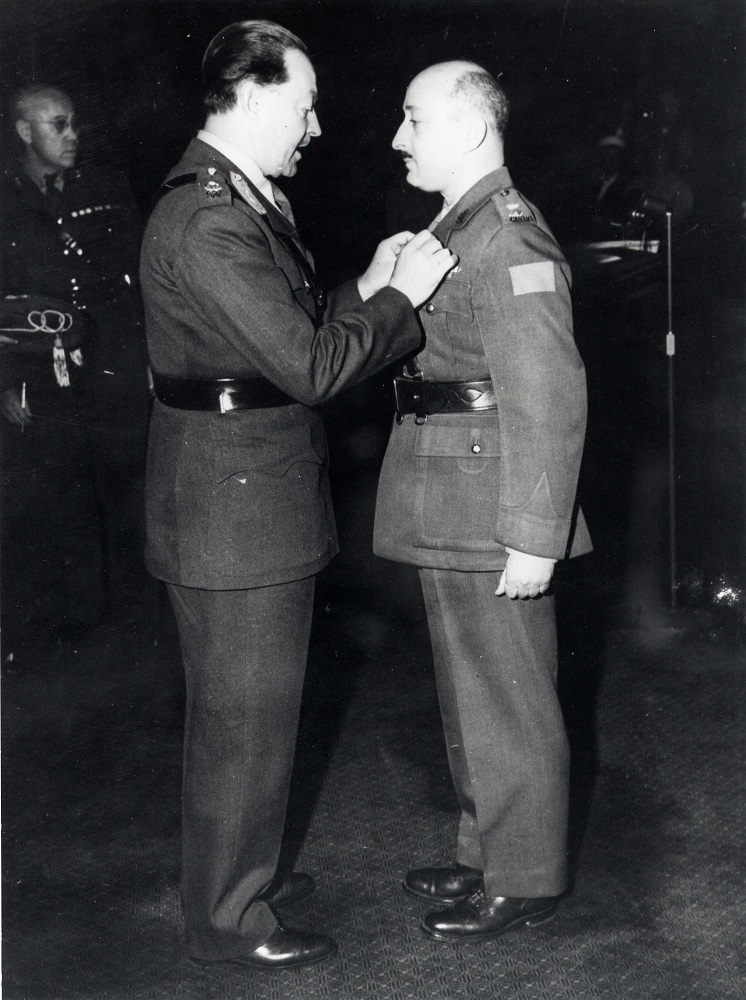 Dr. Joseph Tanzman enlisted in the Canadian Army and treated wounded soldiers throughout Europe. In 1945 he was part of the army advancing on Berlin near the end of the war. He retired with the rank of Lieutenant Colonel and with the Order of the British Empire in recognition of his devoted service.