The Rocher Percé is one of the icons of Quebec tourism. For centuries, visitors have been fascinated by the “pierced rock”. Artists and cartographers travelling with explorers were among the first to fall for its attraction. The Rocher Percé was already famous around the world by the end of the 18th century. 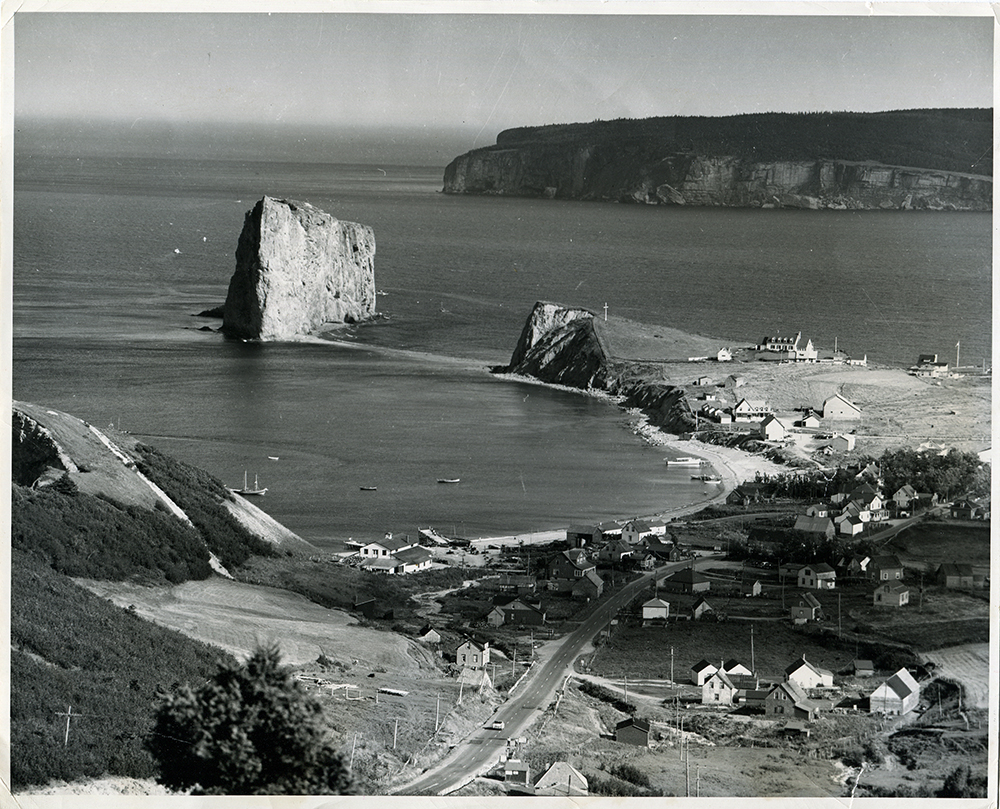 One of the most famous shooting angles of Percé Rock.

The image of Percé has been imprinted on our collective memory. What is so fascinating about a lump of red rock at the edge of the continent? Our collective consciousness has identified what those who study the landscape describe as “iconic landscapes”. In Quebec, they include the Rocher Percé, Mont Tremblant, Owl’s Head, Mount Royal and the Charlevoix. It comes as no surprise that these landscapes are among the most photographed ones. Nor should it be surprising that they are among the first landscapes to have been preserved through designation and protection.

The landscape has become the object of serious study. And the challenge of protecting these iconic places has been undertaken by citizens, landscape specialists, pressure groups and governments. Nowhere has this been more of a challenge than at Percé where the beauty of the natural surroundings has fostered an ongoing debate between the forces of development and preservation. 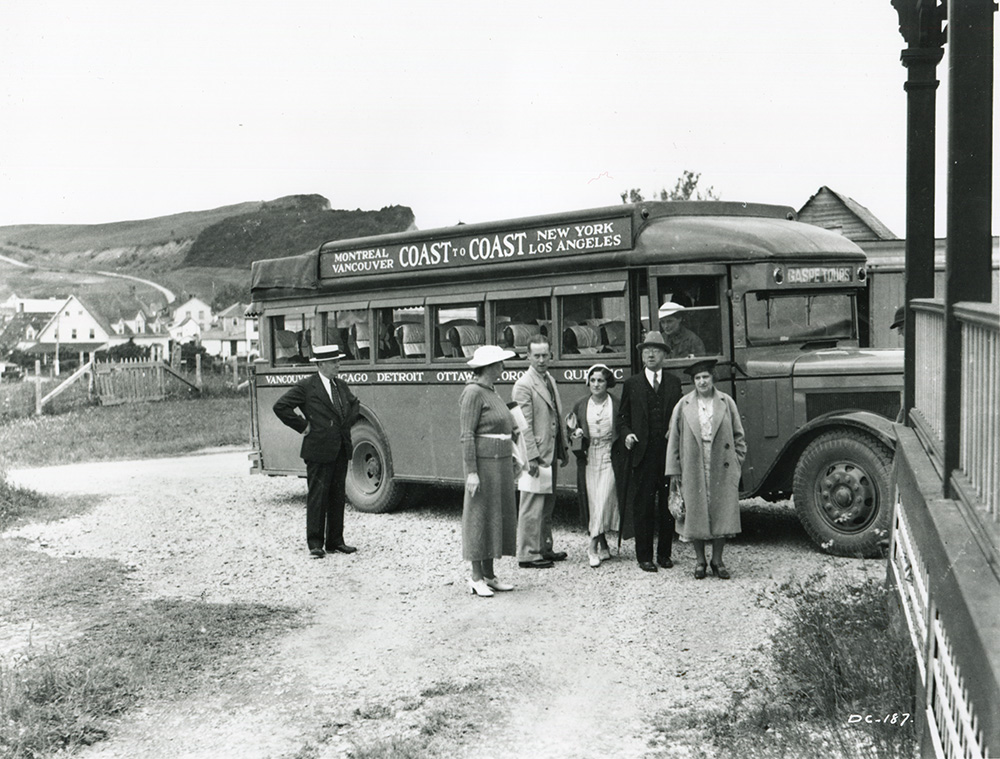 Tour buses have been welcome visitors on the Gaspé highway for decades, introducing generations of visitors to the region.

Icons sometimes have difficulty with the fame and popularity. One of the challenges special to Percé today is the need to accommodate large numbers of groups and the buses they travel in. During the early years of the Gaspé tour, groups were few and their buses tiny by contemporary standards. 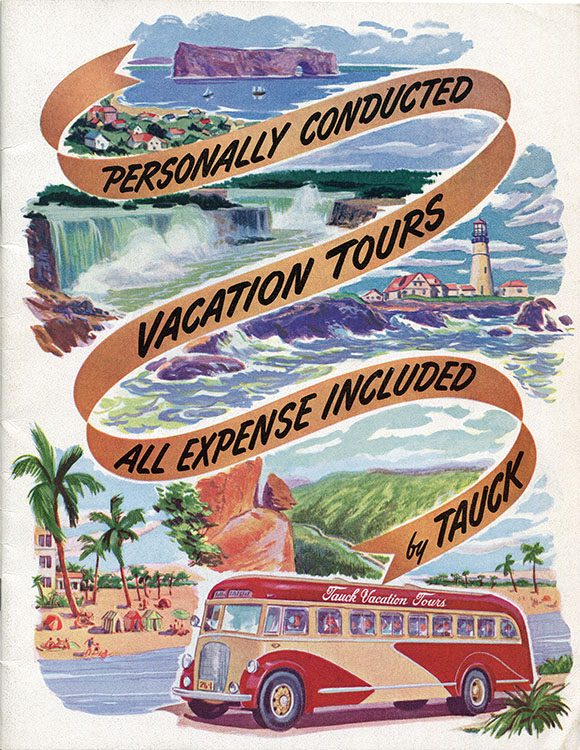 Cover of the Tauck Tour brochure from 1941 offering the Gaspé as one of the company’s many tour packages.

Fortunately, there are other icons in the vicinity. The Phare du Cap-Blanc near the village of Percé is part of the Lighthouse Trail. At just 11.6 metres in height, it is a rather diminutive lighthouse, but appears much taller because it is sited on a cliff and stands more than 40 metres above the water’s edge. For a complete lighthouse experience, visitors have long appreciated the remarkable landmark at Cap-des-Rosiers, where the lighthouse towers over the gulf and the surrounding landscape. 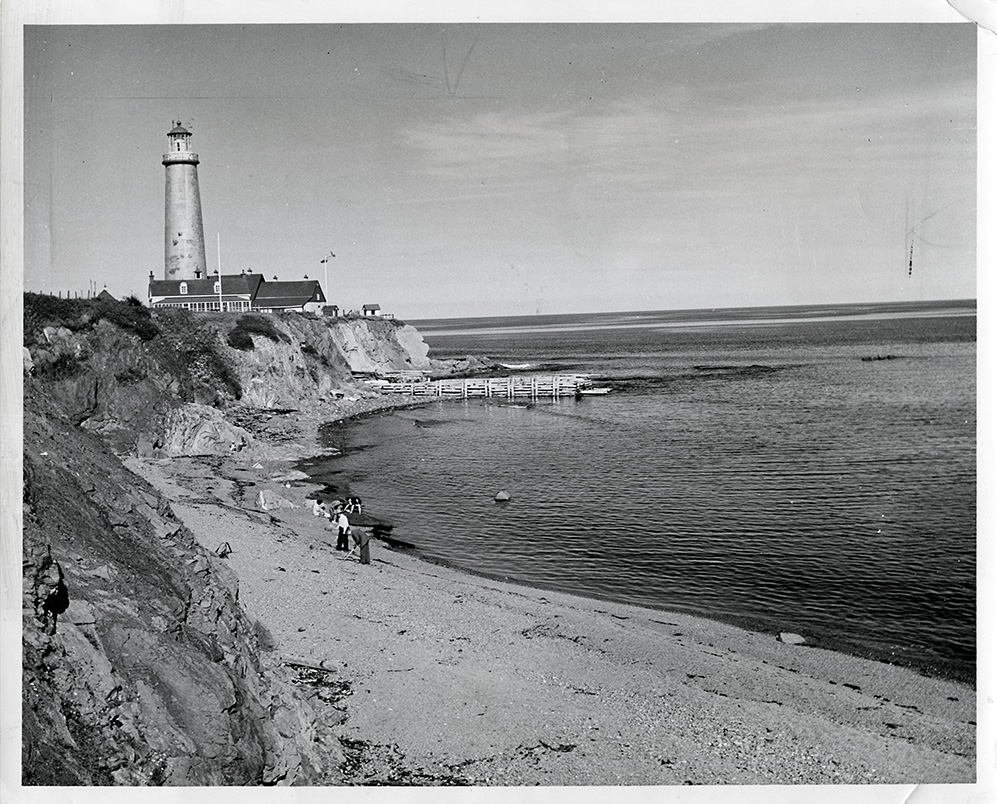 The lighthouse at Cap-des-Rosiers has been welcoming visitors for decades.

The Haute Gaspésie The Baie-des-Chaleurs