In the 19th century, travellers made their way to the Gaspésie region, but tourists were few and far between. Getting there was difficult. Getting around was next to impossible. 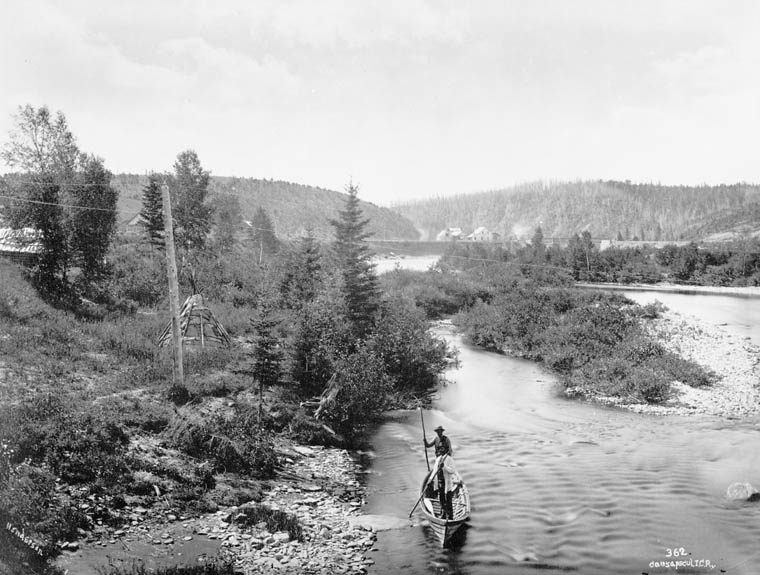 Early travellers to the region travelled on foot or in canoes, resting in rudimentary shelters and camping along rivers and lakes.

Villages along the coastline were accessible by boat only. The coastal road connected a handful of towns, but most were isolated. Where there was a road, it was often washed out and full of holes, sometimes impassable and occasionally downright dangerous. In many parts of the region, there was no road at all.

Gaspé had the region’s major port. In addition to being home for many fishing boats, it was often a port of call for vessels arriving from a transatlantic voyage. Gaspé regularly welcomed visitors, but tourists were rare. This changed when steamships began to stop at Gaspé on a regular basis. They brought enough visitors to encourage local entrepreneurs to build hotels. Weary travellers became tourists when they started to explore the region’s many natural attractions. 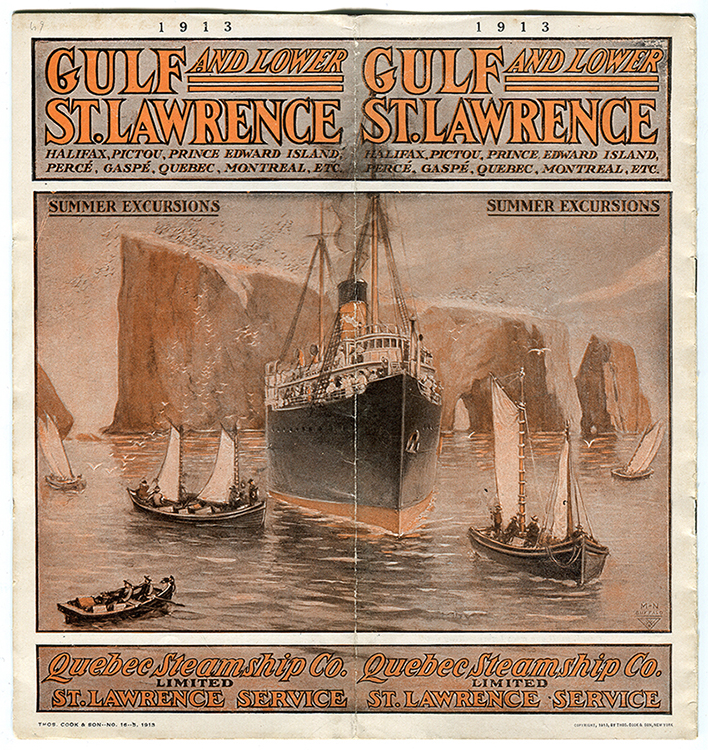 This pamphlet of the Quebec Steamship Co. from 1913 has a dramatic illustration of one of its steamships being welcomed by fishing boats on its arrival at the wharf in Percé.

Tourists began to arrive in greater numbers when the Intercolonial Railway was completed in 1876. Following the Matapedia River and traversing the western end of the peninsula, the Intercolonial brought travellers to the region’s doorstep. 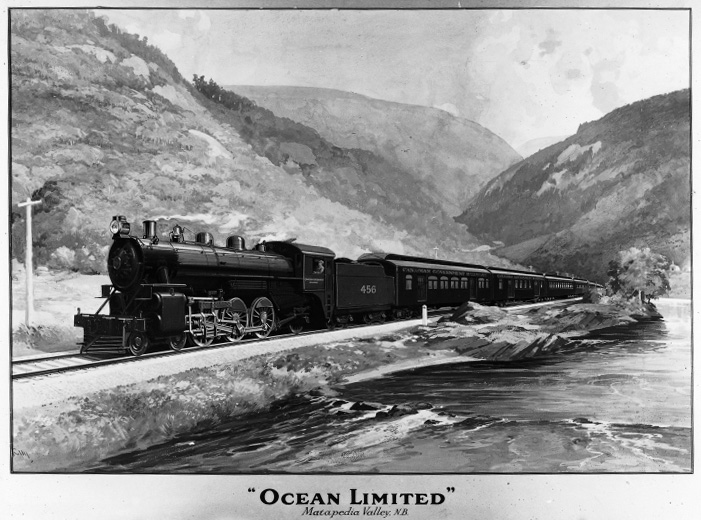 This photograph of a 1915 painting by J.D. Kelly shows the “Ocean Limited” steaming along the Matapedia River Valley.

They fished, hunted and began to holiday. Some returned to build fishing camps, cottages and summer homes. 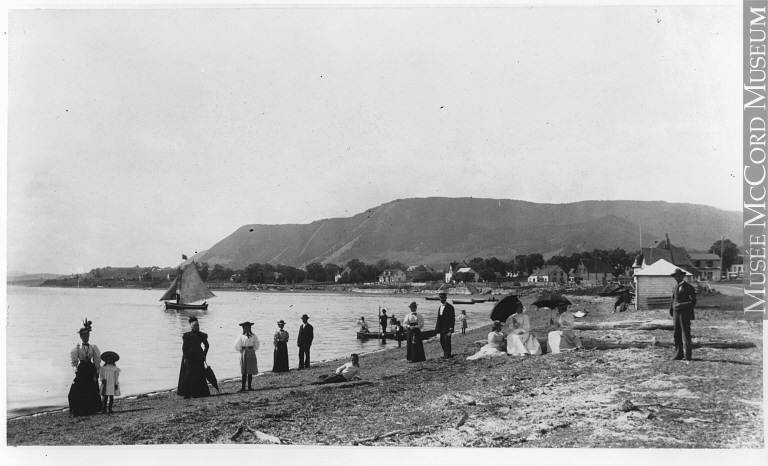 One of the most popular beaches in the Gaspésie was in Carleton-sur-Mer in the Baie-des-Chaleurs.

Visitors on foot, horseback, on board ship or train sometimes left accounts of their explorations, offering a precious glimpse of the region before roads were built.

When Archdeacon Mountain arrived in Metis in 1822, he was barely presentable. The son of the Anglican Bishop of Quebec, Mountain embarked on an ambitious tour of the Gaspé region, travelling by ship, canoe, horse and buggy and ending his voyage on foot. When he arrived at the St. Lawrence in Metis on the final leg of his trip, he described his own appearance in less than flattering terms.

Lame…and tattered…the scratches of my skin seen through the holes in my trowsers and stockings, without a neckcloth, my clothes soiled by the march, my shoes tied with twine, and my trowsers confined at the ancle to prevent their catching in the branches, with pins and strips of cedar bark.