The marketing image of a destination typically builds on the iconic elements that distinguish it from its competitors. The Rocher Percé is one such icon, a godsend to marketers of all epochs. 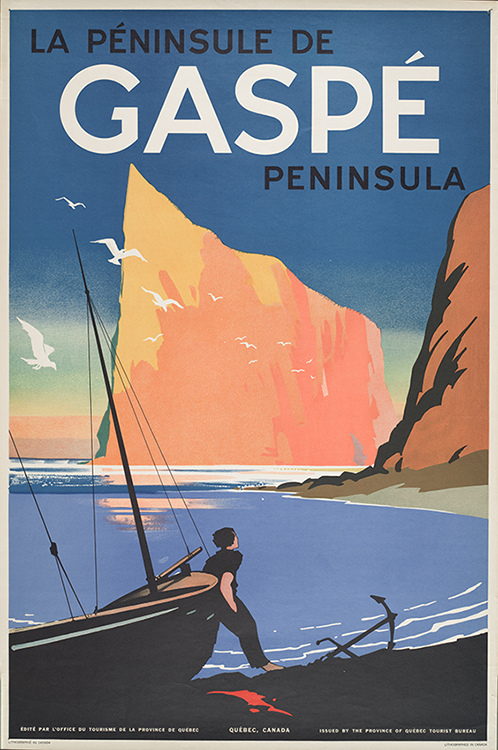 Although not as well-known as the battlements of Quebec or the falls of Montmorency or Niagara, the Rocher Percé is one of a handful of landmarks in Canada that is recognizable around the world. It is one of the most photographed landscapes in Quebec and a favourite of travellers for generations. It has been used on postage stamps, coins, adorned plates and all kinds of souvenirs and even Kleenex boxes.

For much of its history, the Gaspé was promoted using illustrations. Posters, covers and advertisements featured the work of artists, whose work was used to provide the region with a visual signature. Photography became the norm in the 1960s when the visual culture of the period demanded colour photography. 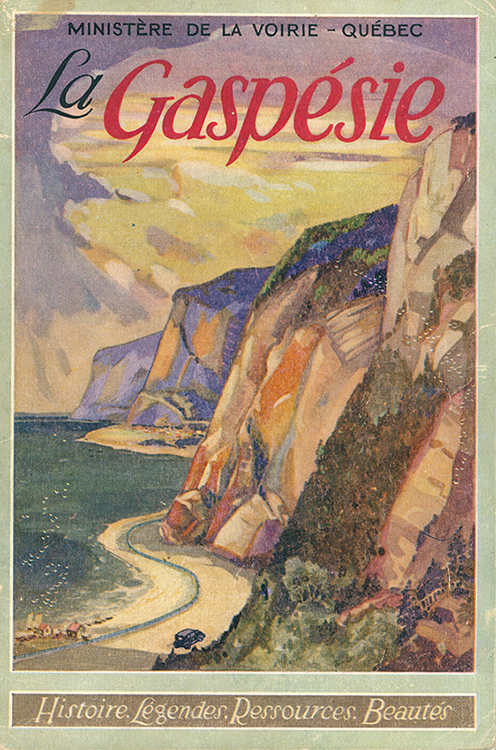 The Gaspé Peninsula History, Legends, Resources, Attractions provided drivers with information and local legends to inform their first visit to the region.

Because of its size and importance, the government of Quebec was the lead player in promoting the region. It developed most of the marketing tools and paid for their printing and distribution. On occasion, the government of Canada got into the game as well, but mostly through Canadian National which was the government railway until the 1990s.

In this May 1952 advertisement, Canadian National Railways featured a photo of Percé Rock to promote the Gaspé as one of Canada’s 10 Top Maple Leaf Vacations.

Choosing an image to represent a tourism destination is never easy. The push and pull is part of a dynamic tension that informs every choice, one school of thought wishing to promote what is familiar and the other seeking to attract new visitors by featuring new experiences.

The colourful illustration promoting the Gaspé Peninsula is one of a series of eight brochures produced to entice tourists from the United States to visit the province.

Government Strategy A Valuable Guide to the Region