The Gaspé Tour is one of the best holiday outings on the American continent. The course of this highway has been most agreeably chosen from the scenic as well as other points of view, disclosing a series of panoramas, diversified and picturesque, that cannot fail to delight the discerning traveller. 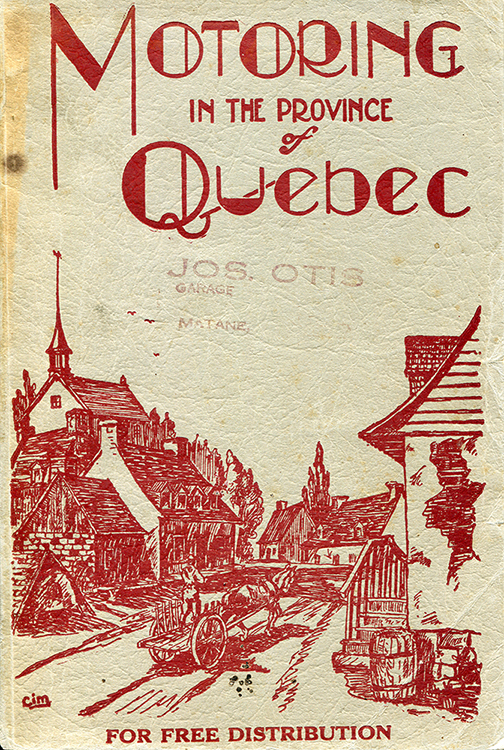 Membership in the Quebec Automobile Club entitled members to guidebooks like Motoring in the Province of Quebec listing essential information on what to see and where to stop for service or car repairs.

The Perron Boulevard was officially opened in July 1929 by a posse of politicians. Banquets, receptions and political rallies were held in villages around the peninsula between July 20 and July 27. In speeches to the hundreds who assembled in each town and village, politicians vaunted the economic impact of the province’s investment. The celebratory mood is well-captured in newspapers of the period. Journalists recounted the transformational nature of the new highway network and the economic opportunities it delivered to coastal villages. 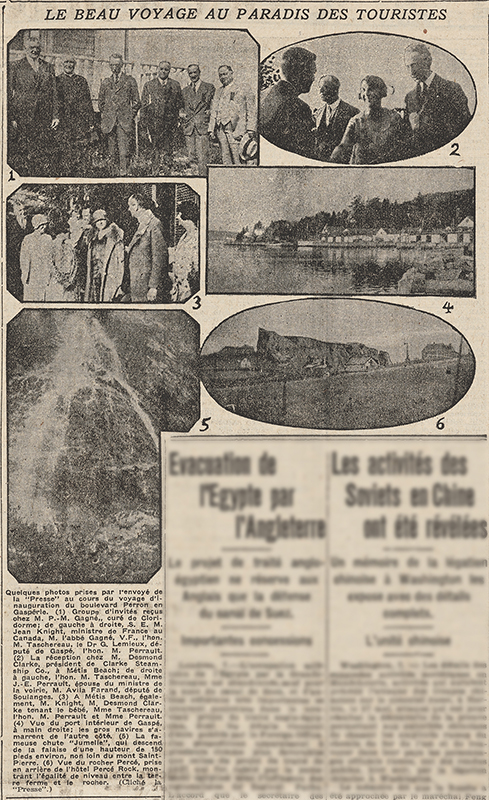 The inaugural trip of the new Gaspé Highway was covered by several daily newspapers of the time, but very little photographed.

The new road was baptised Highway No. 6 – Boulevard Perron, in honour of Joseph-Léonide Perron, the enthusiastic minister who brought the highway to life. He had championed the highway and piloted the effort to obtain the funding for its construction in the provincial budget. Boulevard Perron is the name of the road that remains in use in many villages around the peninsula. 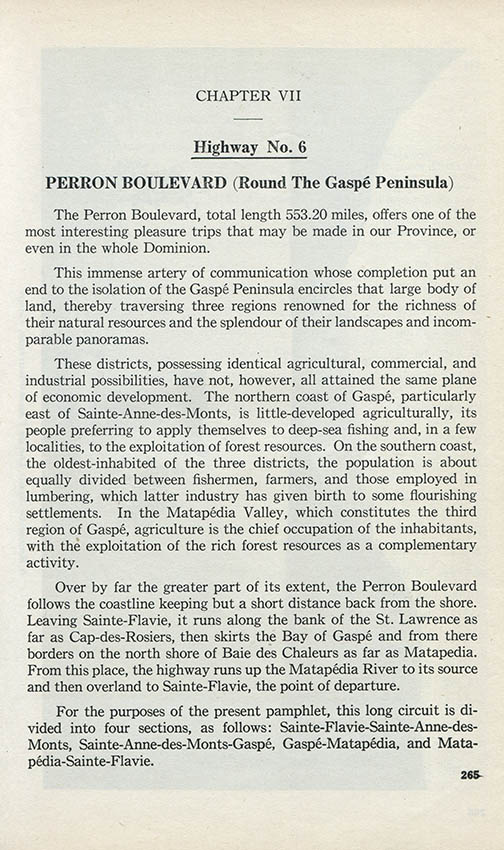 In the 1930 publication Along Quebec Highways Tourist Guide the new Gaspé highway was proudly announced.

Within months of its opening, the Gaspé Peninsula became the province’s premier driving destination. Not simply a driving holiday, the Gaspésie was one better – a tour – a shoreline roadway that offered visitors a circuit without ever having to travel the same road twice. The “Tour de la Gaspésie” and “Gaspé Tour” became a popular aspiration for drivers and their families in search of new destinations and new discoveries. 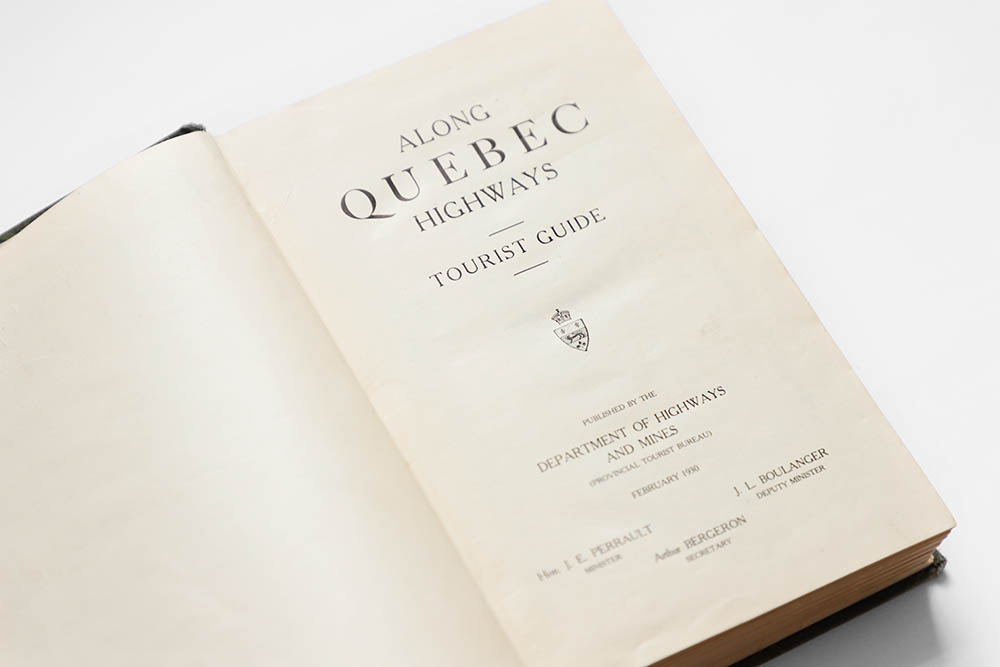 Along Quebec Highways was a handbook for drivers seeking to navigate and explore the province’s growing road network.