The Gaspé highway is a fragile ribbon in a wild landscape. Once built, the highway was constantly being repaired and rebuilt. Maintaining the Gaspé highway required constant vigilance and massive public investment. 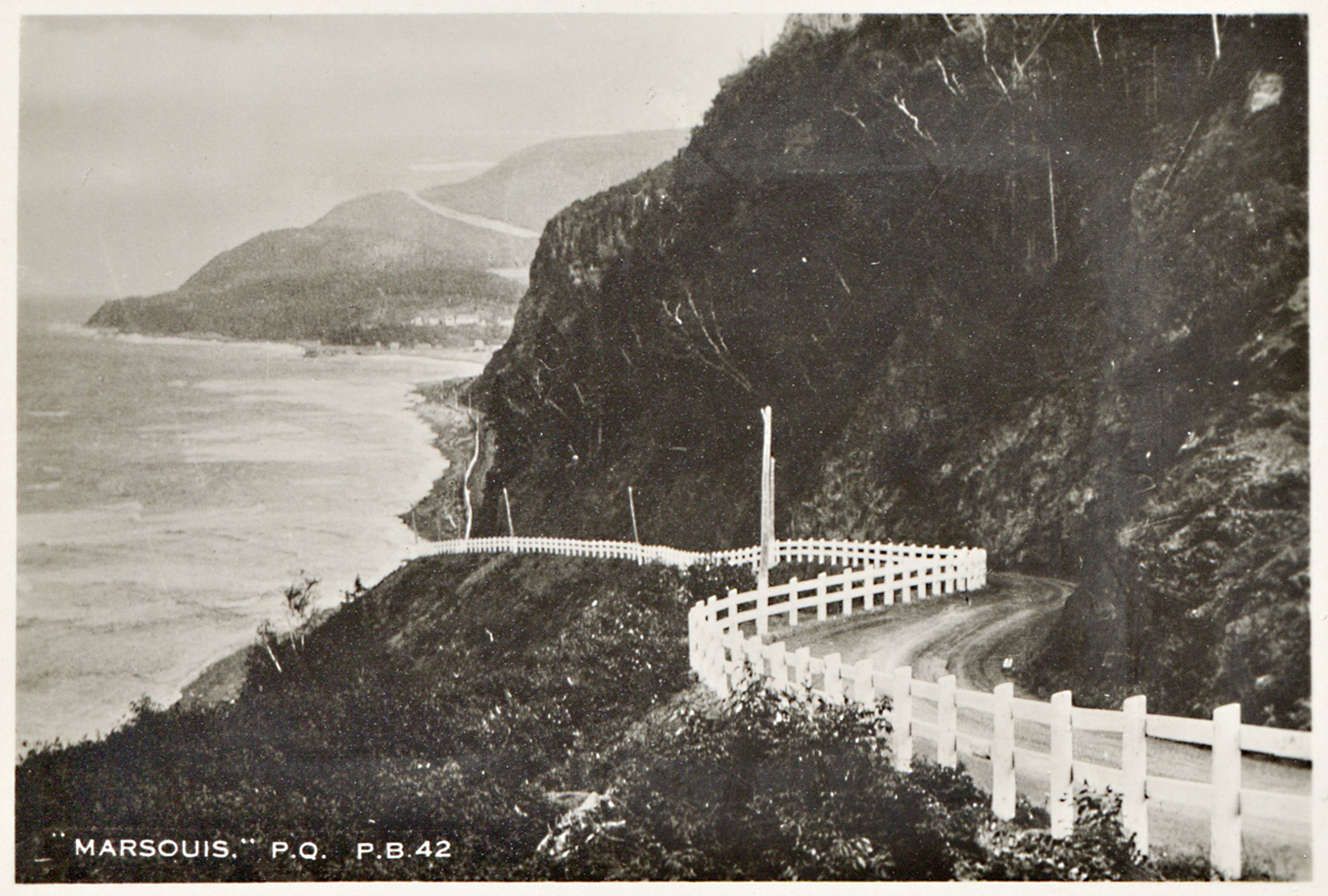 The roads of the Gaspé were spectacular enough to be featured on many postcards of the region – confirming they were one of the region’s main attractions.

Building such a long road, so close to the river (in this area we already speak of the sea), at the time, posed huge engineering challenges. Even today, the high tides cause a lot of worries to elected officials and engineers, both on the north side of the peninsula and on the coast on either side of Percé. 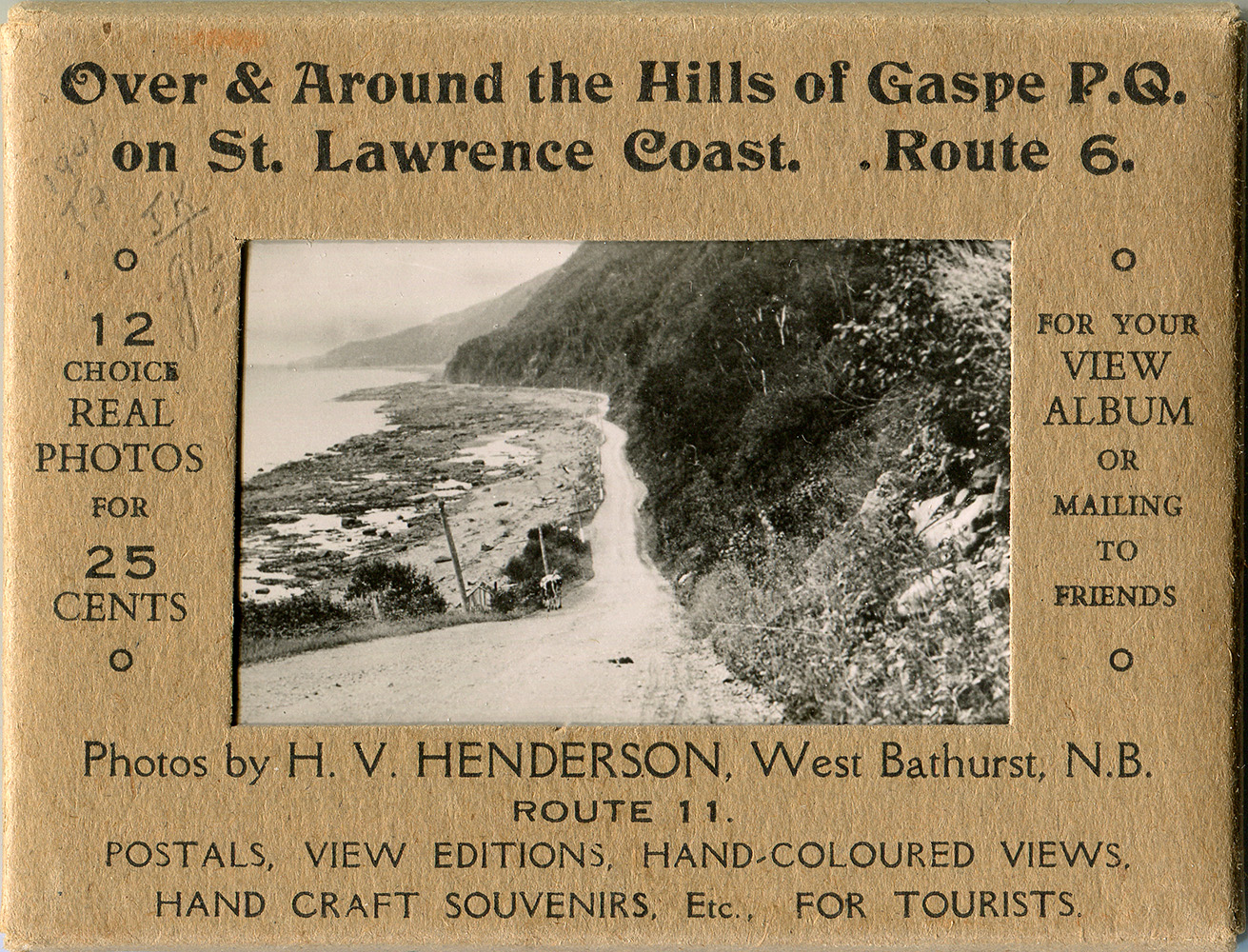 Traversing many streams and rivers and hugging the St. Lawrence for much its length, the roadway was often the victim of natural disasters that mobilized emergency crews to undertake repair work. 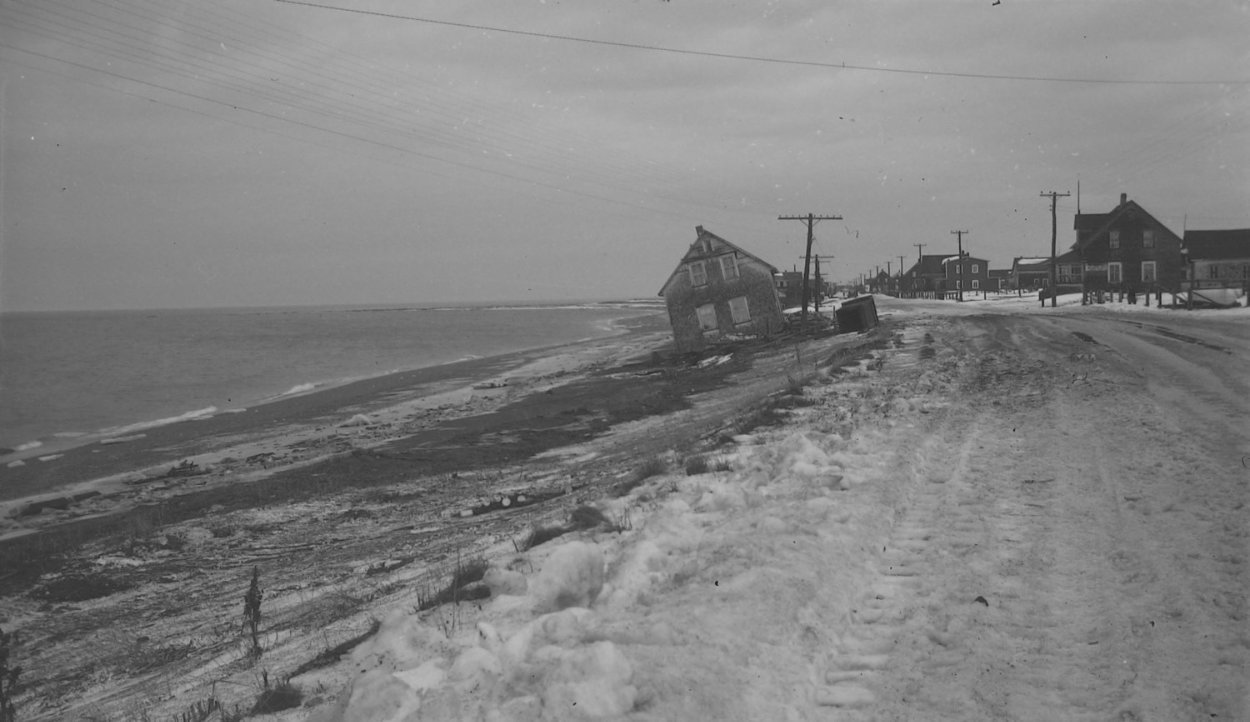 A wind and wave storm on December 6, 1949 caused damage to eleven houses on Highway 6, between Cap-Chat and Sainte-Anne-des-Monts.

With an expanding road network, the Ministère de la Voirie became one of the largest and most important ministries. It was also the one most often criticized. Governments found that responding to critics was a good way to win votes. Roads were often improved more rapidly in counties that voted the right way in elections. And road crews always seemed more present as election day approached.

A Boulevard to the Future The Development of the Hotel Industry