Quebec campaigned to bring tourists to the province with ambitious campaigns aimed at Canadians and Americans. 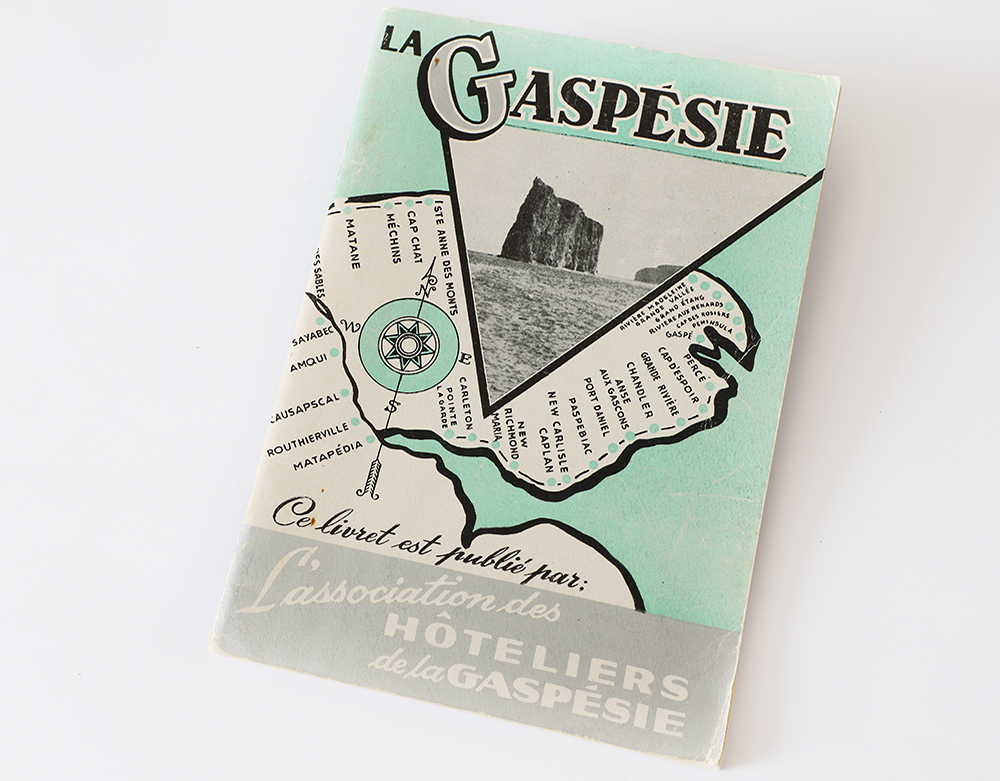 The first guidebook produced by the hoteliers of the Gaspésie has a modern cover, suggesting that the region wanted to promote itself as keeping up with the times.

Tourists were pitched a romanticized version of Quebec: the pastoral landscape, the bread oven along the highway, wayside crosses, roadside artisanat, the architecture of New France – these all had a nostalgic appeal at a time when society elsewhere was rapidly evolving and abandoning its past. 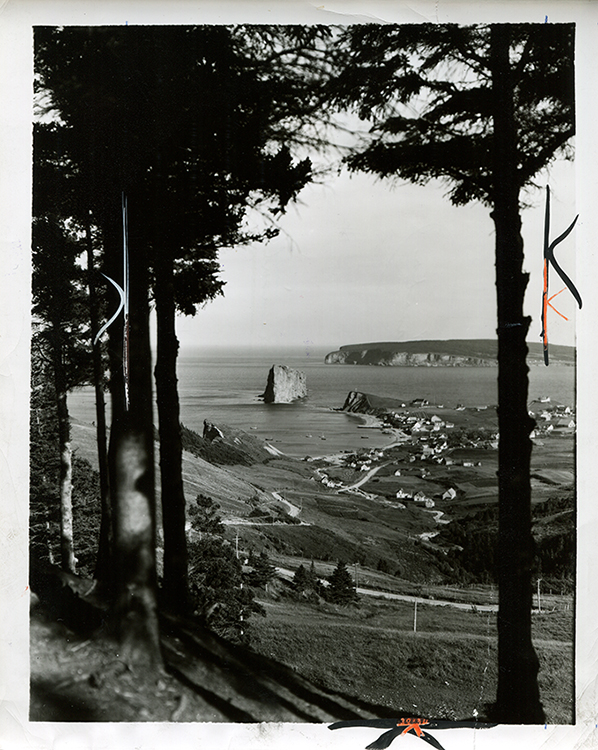 The marks on this photograph of Percé from 1965 indicate an image cropped by a photo editor to fit onto the travel pages.

The Gaspé was described as being “cut off from the world for many years”. The isolation of the region became one of its key selling points. Advertisements, guidebooks and brochures promoted the Gaspésie and its unchanging landscape and people. Slogans such as “Romantic Gaspe” and “The Normandy of North America” were used to entice the first motor tourists. In many instances, the Gaspésie of the advertisers and the way of life were not far apart. But on occasion, the image of the region as an agricultural backwater that stuck in time was a caricature, falsely downplaying its economic progress.

Pamphlet of Gaspé Tour Line of 1951, each year the pamphlet was reproduced in a different color.

One of the pamphlets produced by an American agency presenting Gaspésie as a destination.

Artist in Residence Marketing a Destination