The first Michelin Guide to Canada gave a three-star rating to the Gaspé Tour, an important endorsement from one of the most recognizable guides of food and travel experiences.

Getting to a region is one thing, guiding visitors once there is another. The Gaspésie has earned so many mentions in guidebooks that they are too numerous to inventory. They have their importance in getting people to visit the region. Today, guidebooks like Lonely Planet, Ulysses and Le Petit Futé have taken the place once held by Baedeker and Michelin on car seats and in door pockets.

Most of the early guidebooks were produced by the government and the railways and given to visitors free of charge. Today, these vintage documents are valuable in providing historians with perspectives on a period of time and an author’s point of view of a region and its people. 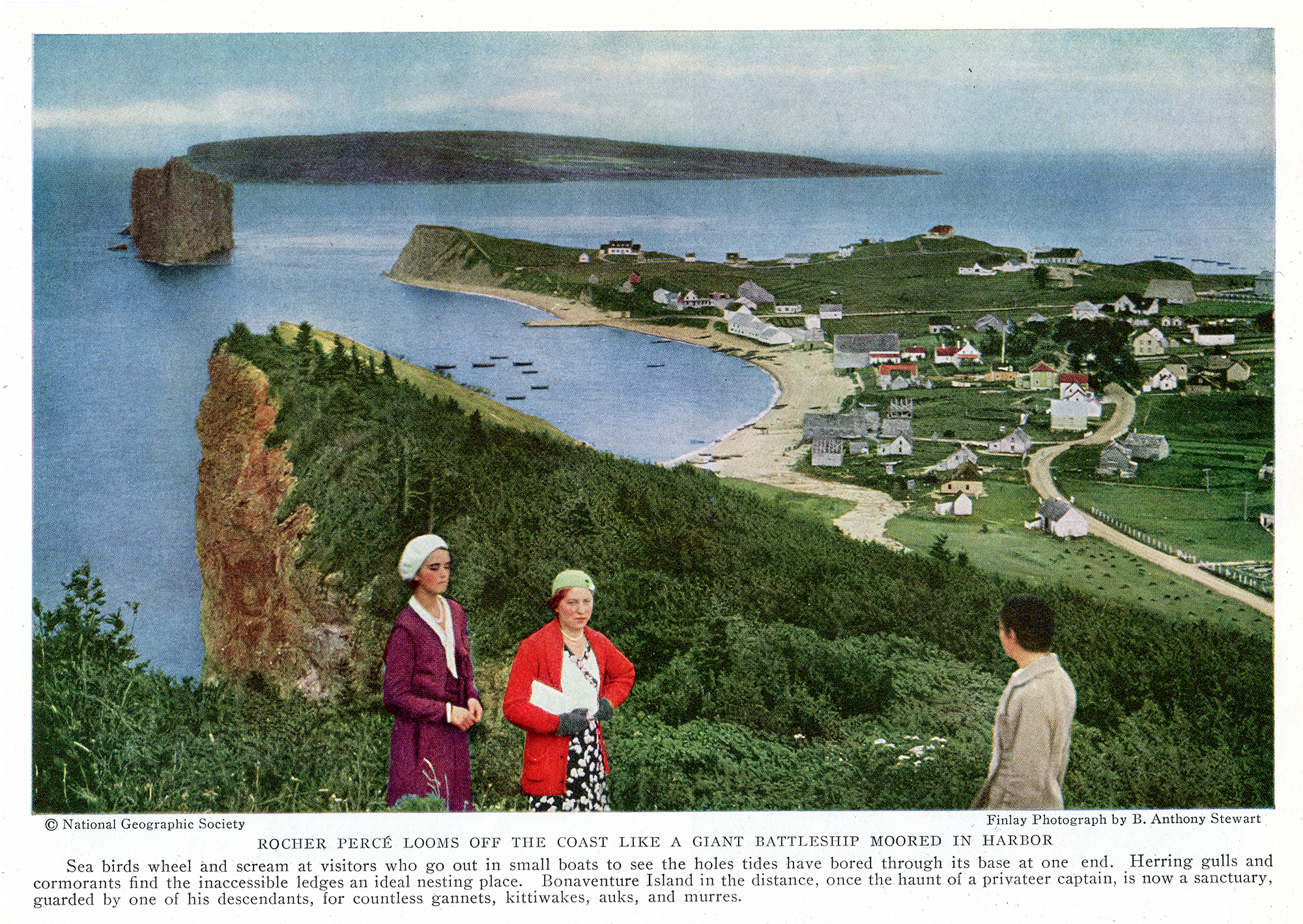 This photograph of visitors overlooking the Rocher Percé appeared in a 1935 National Geographic magazine article “The Gaspé Peninsula Wonderland”. 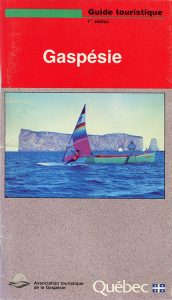 For its first edition in 1986, the cover page of the tourism guide produced by the Association touristique regional de la Gaspésie featured the Rocher Percé.

Guidebooks may seem terribly outdated to the modern traveller with the digital tools at our disposal that are easy to upload and constantly updated. But there is still something compelling about a printed document, full of photos and illustrations, that can be opened during a long drive and read out loud to a carload of passengers.