The Gaspésie was among the first regions in Quebec to be given a modern road network and benefit from the rising popularity of the ‘road trip’. With car ownership increasing, a new generation of holidayers took to their shiny new vehicles to explore North America. Within months of its opening in 1929, the Gaspé Peninsula became the province’s premier driving destination. Not simply a driving holiday, the Gaspésie was one better – a tour – a shoreline roadway in a 550-mile loop with some of the most spectacular scenery for drivers and their passengers.

Building the road network offered many challenges. The rocky shoreline and steep hills were what attracted people to the wild landscape of the region – but required road builders to come up with some creative solutions to make the boulevard safe and secure.

Once built, promoting the Gaspé brought together governments, talented graphic designers and adventurous photographers. Tourism operators joined the promotional efforts, seeking to fill beds in their hotels and seats in their restaurants.

The image used to sell the region was the Gaspésie of fishing villages, dramatic views and simple folk clinging to the ways of the past. These visual clichés were a marked contrast to the modernity of the roadways of crisp white lines, well-aligned guardrails and reassuring signposts.

“Away to the Gaspé” became a popular call for generations of vacationers. This is the story of the Gaspé Tour – an epic road trip. 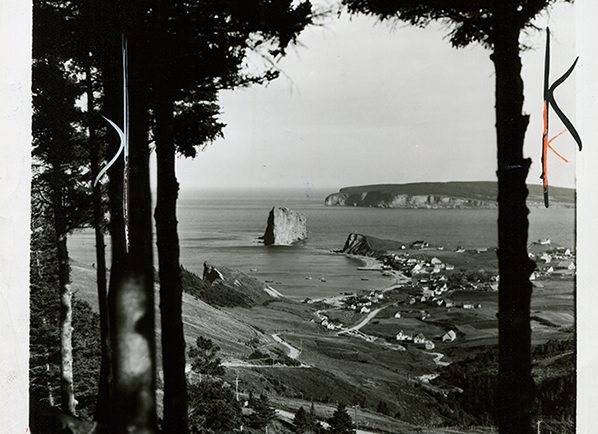 The Image of the Gaspésie