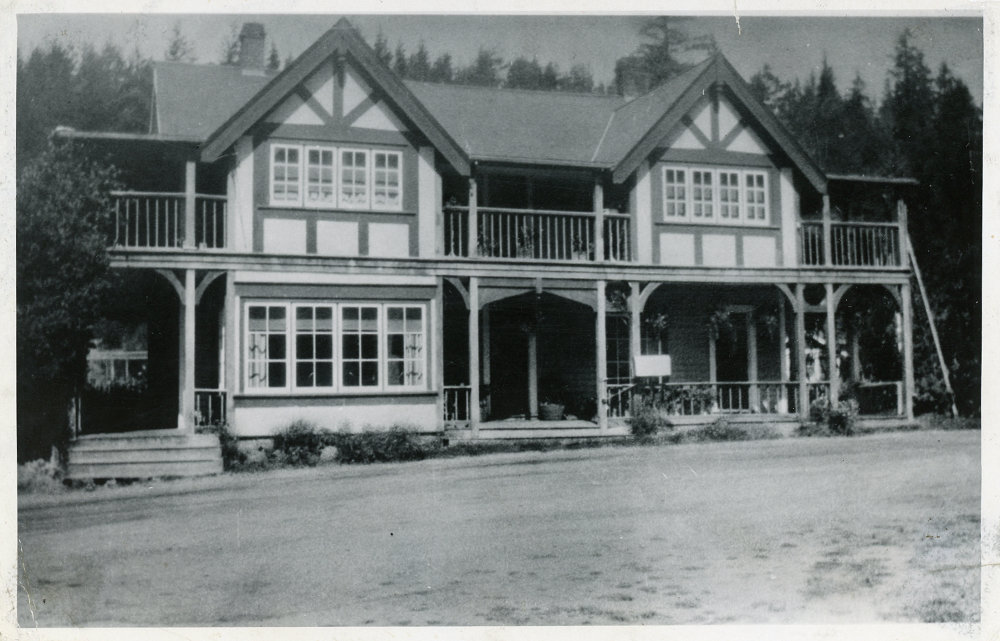 Around a steep, dark corner on a remote pull out, in an area previously referred to as “North Sooke”, sits the 17 Mile House. The 17 Mile House has been a significant landmark in Sooke since its construction in 1894. Originally the “Royal Ensign”, the property first operated as a hotel and restaurant. Before the days of motorized transport (around 1915 in Sooke), the Ensign was a major stage stop and inn for weary travellers and hunters. From 1910 to 1940 Mary Jackson was proprietor and acquired a beer license, as well as the only telephone in the area.

Edith Mary “Ma” Wilson purchased the hotel from Mary Jackson in 1940, founding the Wilson business legacy that remains today. Prior to operating the 17 Mile, Edith and her husband operated a hotel in downtown Victoria. After her husband’s sudden passing in 1942, she made the solo move out to Sooke.

The “Seventeen” had a rougher crowd than she was accustomed to in Victoria, but she proved to be a strong manager. Edith was known to run the establishment with an iron fist. Men were not permitted in the pub during dinner, as she believed they should be at home with their families. Family men were permitted two drinks before Edith sent them on their way. She kept a loaded shotgun under her bed at all times and was always prepared if patrons behaved in an unruly manner. 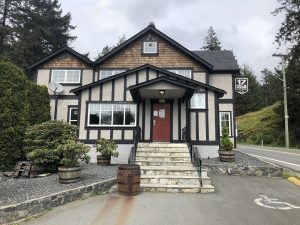 Around 1946, Edith carried out a renovation on the property, and in 1970 she passed the enterprise on to her grandsons.

A remodelled version of the 17 Mile House still operates as a popular pub today, run by descendants of Edith, and a popular cat called Shooter.

The Fruits of a Woman’s Labour A Boss Lady