Aimee McIntosh began practicing karate due to her family connection with the sport when she was 5 years old. Rising through the ranks with the Sooke Martial Arts Association (SMAA), she realized her talents in practicing, and later, teaching. 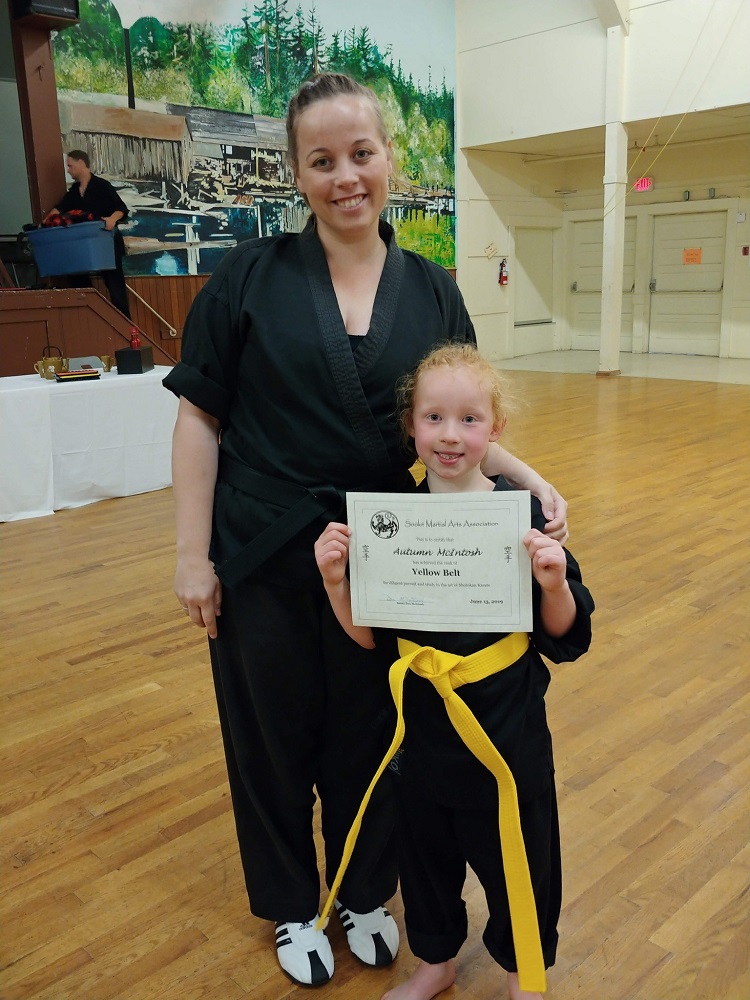 In a male dominated sport, it is notable that, out of five sensei in the SMAA, three were women in 2019. As one of these five sensei, Aimee says her involvement with the club has resulted in some of the hardest, yet most rewarding, moments in her life. Central to the club’s ethos is that they are family oriented. On a typical Monday or Thursday evening one can find a collective of dedicated students practicing together in the Sooke Community Hall, where the club has held its classes since 1982. 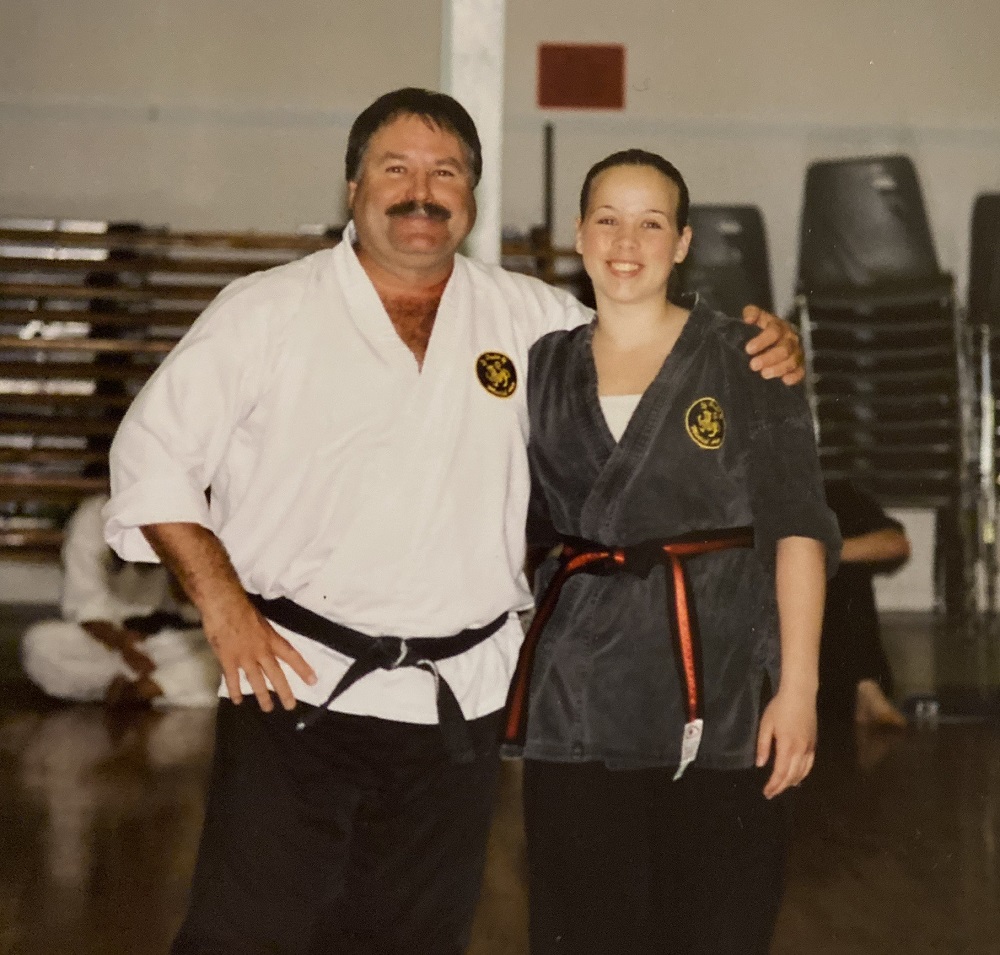 When Aimee’s daughter showed interest in the sport, it was natural that she joined in.

She liked being able to sit off at the side and watch, and then she got to an age where she wanted to actually go, and join…being able to find a job that allowed me to participate in something that I enjoyed doing, and that I could do with her, was very rewarding… because I had grown up with that… For me it really all comes back to my daughter…she gives me focus.

Listen to the audio clip with transcript: “Interview with Aimee McIntosh”

Growing up in the club, Aimee relates to her students as they earn their belts every year.