Mary-Anne Bowcott arrived in Sooke from nearby Victoria in 1994. She was eight years old, and growing up on a small farm, she was given a daily routine and learned the importance of hard work from an early age. 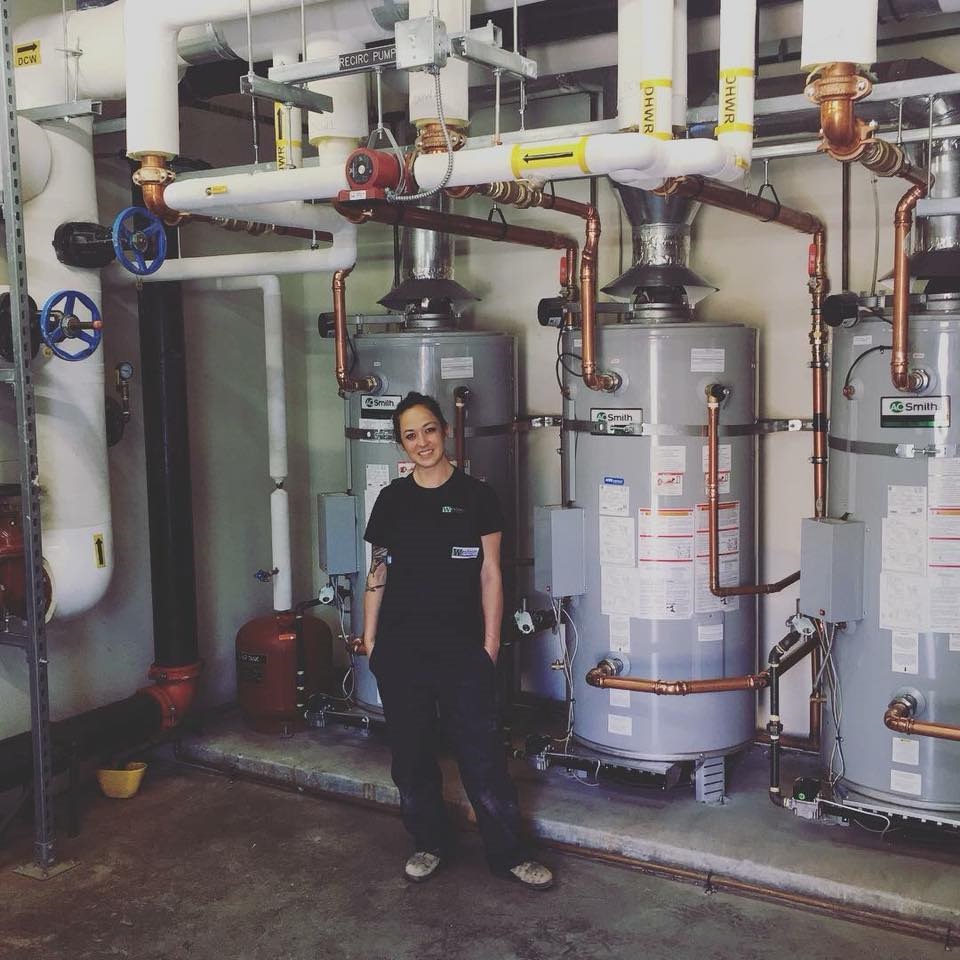 When she was ready to join the workforce, it was natural for her to try construction. She secured a roofing job where she began to hone her skills in the first of many trades she would take on throughout her life. After five years of roofing, she looked at other career possibilities, even considering medicine. While taking a Women in Trades Exploration course, plumbing was one of the units that Mary-Anne found interesting.

When you’re a 100 pound female, it’s already hard enough for people to take you seriously as a roofer… transitioning to a different trade was extremely difficult. It was like starting all over again…

The following years saw Mary-Anne applying for “anything other than roofing”, until she was finally offered an apprenticeship with a plumber and gas fitter. 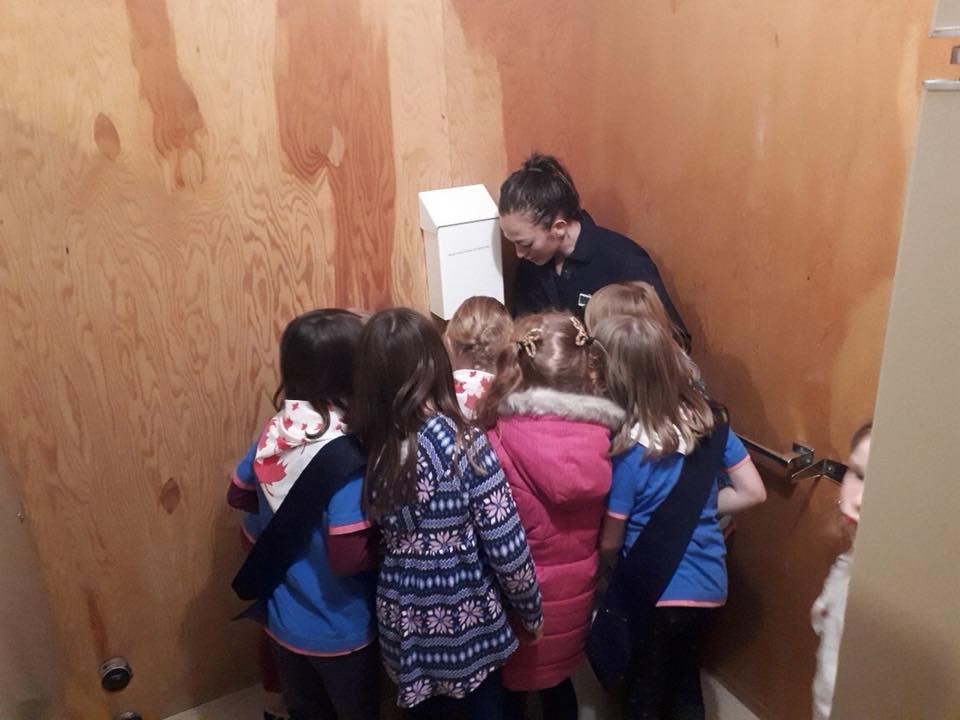 Mary-Anne Bowcott giving a plumbing demonstration with a captive audience, 2019.

Since 2015, Mary-Anne has been running her all-female company, Westcom Plumbing and Gas Ltd., and has added titles of journeyman plumber, class B gasfitter, and certified steep-slope roofer to her resume. She has received excellence awards from the Sooke Region Chamber of Commerce as well as the Canadian and BC Construction Industries. This enterprising force has become an advocate for women in the trades in the community, and has inspired many to “get out and get their hands dirty”.

View the video with a transcript (captions available in both FR and EN) : Interview with Mary-Ann Bowcott

An Enterprising Executor The Arts and Culture of Yesteryear