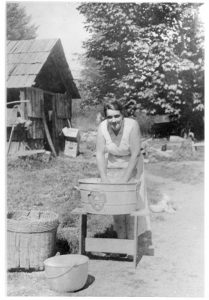 Jean Robinson using a washboard, at home in the Shirley District, early 1930s.

The Shirley Community Association (SCA) is a non-profit organization whose members, to this day, maintain the Shirley Community Hall and Pioneer Park for the benefit of residents and visitors to the area. The SCA also assists with Shirley Day in August, a craft fair in spring and fall, a neighbourhood Christmas event, and a Sunday market in the summer. They have also maintained an emergency disaster relief shelter in the Community Hall in the past.

Tightly woven into the fabric of the SCA, Jean Robinson’s contributions to the Shirley community (between Jordan River and Otter Point in the Sooke Region) spanned almost six decades. In the Second World War, she took part in civil defence and trained in St. John Ambulance First Aid, becoming an instructor. One of her most significant achievements was helping start the Kemp Lake Waterworks system, a project she remained dedicated to throughout her lifetime.

The Shirley Women’s Institute formed in 1924 and met at the Shirley School House to discuss and advocate for the concerns of local residents. Jean was a driving force in the activities of the Institute. She wrote an invaluable account of regional and global Women’s Institute histories called Three Women of B.C. and the A.C.W.W. (Associated Country Women of the World). 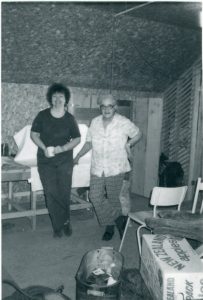 Interested in history, Jean was delighted when the Sooke Lions Club began building the Sooke Region Museum. She filled in the gaps in written history, and contributed endless hours cataloging artifacts. She helped with fundraising and publicity as well, and for the museum’s opening she was the main organizer of the commemorative publication “The Pot and Spiller”. 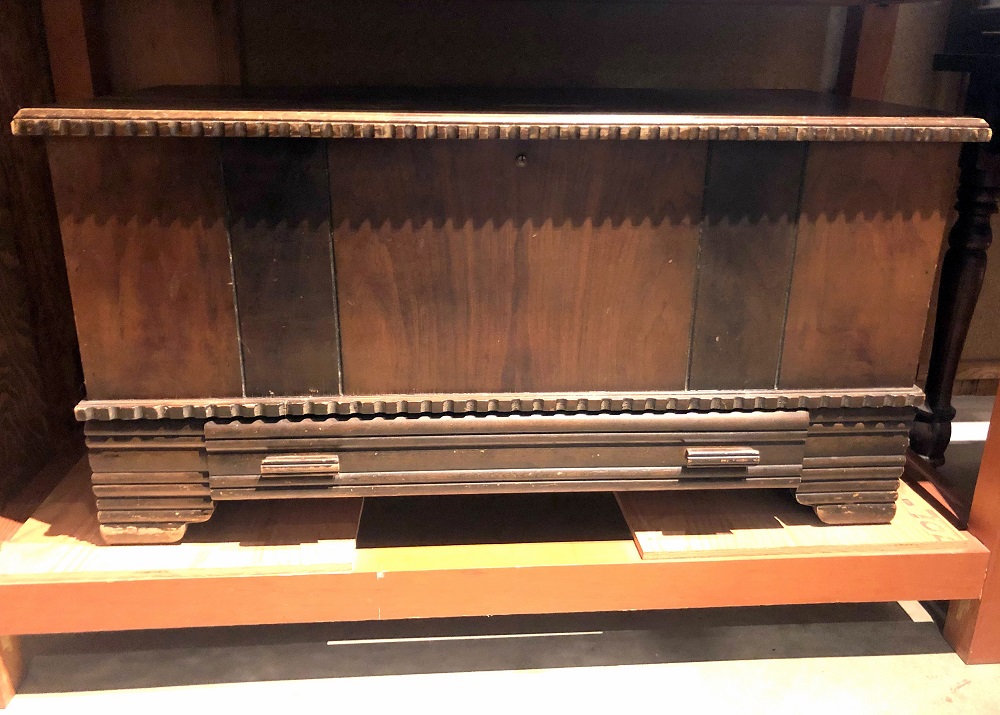 Jean donated countless artifacts to the Sooke Region Museum, such as this cedar chest, donated in 1984. The chest was an All Sooke Day Tombola Prize won by her husband Ed Robinson. Picture taken 2019.

Organic Origins The Fruits of a Woman’s Labour