Medea Mills has always known she wanted to be of service to the community in some way. She started her service working as a Provincial Corrections Officer, and later worked in Bylaw Enforcement for the Townships of Esquimalt, View Royal and Oak Bay.

Medea’s mother, Carol Lynn Walker, was a member of the Jordan River and Sooke communities, dedicating her time to community service as well as running the Cozy Corner Café. Medea says her mother always encouraged involvement, and that she was just one of the many women who fostered community involvement.

Medea recalls on her upbringing:

…The most impactful, and the fondest memory, was when we celebrated Leechtown Days. That was so much fun. My mom used to own Cozy Corner Cafe, in Evergreen Mall. I was her cook and all that kind of stuff. Businesses would decorate, and I remember my dad made a hitching post in the front, and bales of hay, and we’d come to work in period costume. It was a preclude to All Sooke Days. The community involvement was widespread. It was a festive atmosphere, and everybody participated. It seems like we have gone away from that, from all-inclusive, big celebrations… I miss that aspect of it…

Listen to the audio clip with transcript: “Medea discusses her work, and the women that inspire her.”

Medea’s parents had moved out to Sooke in 1983, and she followed suit two years later. Shortly after moving, Medea took a position as Business Licence Inspector and Bylaw Enforcement Officer for the District of Sooke, a role she continues to occupy today. There are over 700 bylaws in Sooke, and it is impossible for residents to remember them all. Thus, her approach to bylaw enforcement is getting to compliance as easily as she can. This might involve education and coaching, rather than punitive action. This method has been beneficial for long term bylaw enforcement, has reduced repeat calls, and seldom are tickets issued. 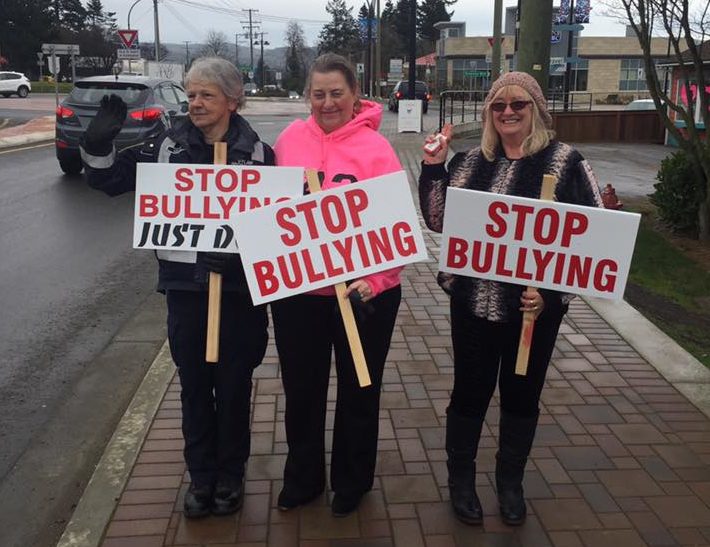 A Leading Lady Credits – Thank You!