From the time that the first parcels of land were allocated, a variety of craftsmen and merchants settled on Île Jésus. Léonard Éthier was the first shoemaker, enumerated in 1681. Largely from France, these craftsmen and workers reflected the community’s slow but steady development.

From “land clearers” to cabinetmakers, there was a craftsman and a merchant for each occupational sphere; by 1750, there were 57 different occupations. Forestry trades, such as lumberjacks and lumbermen, were the most common on the island until the 18th century. 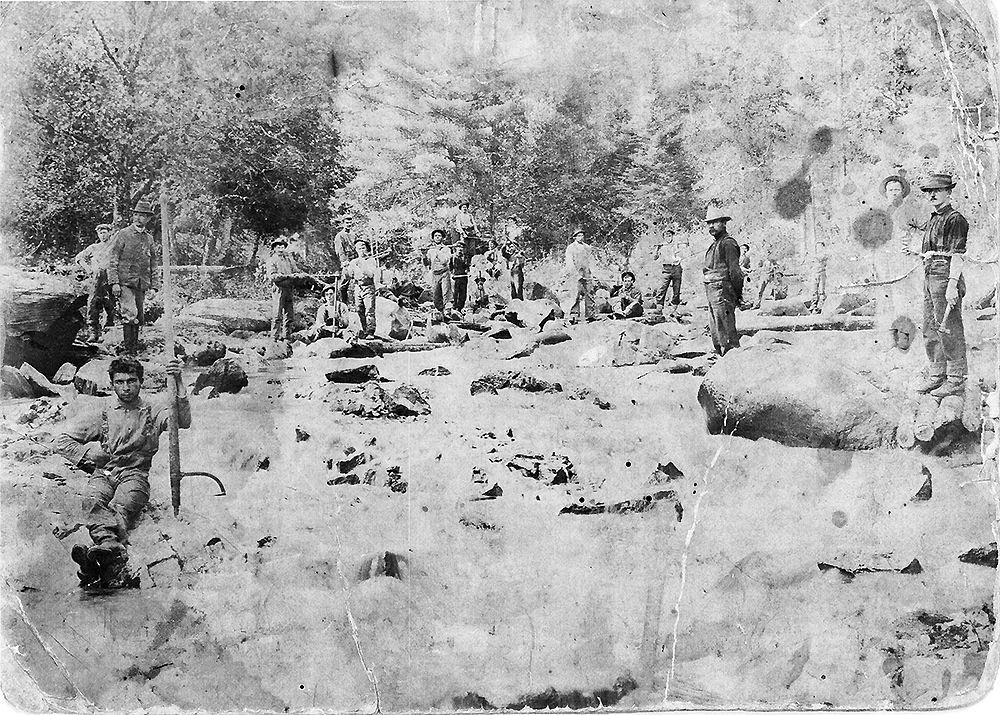 Lumberjacks in the forest, circa 1900

Once the land had been cleared, farm workers such as ploughmen, millers and stockmen went to work. Since buildings were needed, the construction trades grew, and jobs that involved metal working diversified to provide tools. Carpenters, joiners, stone cutters, masons and blacksmiths worked on developing the local infrastructure. 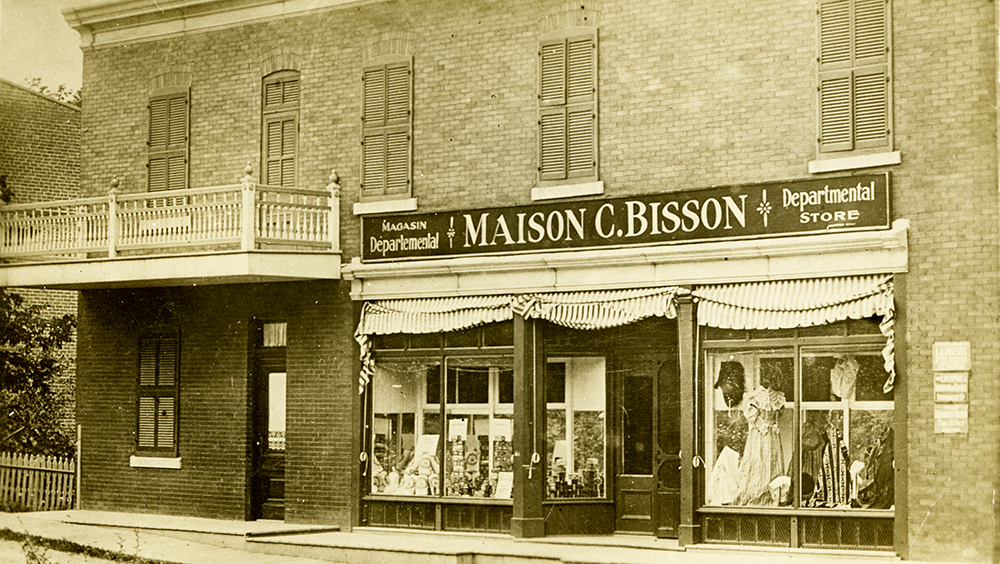 A department store in Saint-Vincent-de-Paul, circa 1905

Already in the 18th century, thanks to the efforts of this working class, agricultural production was sufficient to feed the growing population. Villages formed, parcels of land were granted. By the beginning of the 19th century, the entire region was inhabited. All over the island, little service hamlets sprung up thanks to these craftsmen and merchants. A Laval market emerged, which led Montreal merchants to set up business on Île Jésus to assert their presence in the face of these new competitors.

Seigneurs and Entrepreneurs Revolution: From Ferries to Bridges