Montreal was already becoming overpopulated in the 19th century, prompting families to move away from the big urban centre. While better-off households headed for resort areas like Laval-Ouest, it was only in the middle of the 20th century that families of more modest means began moving to residential neighbourhoods like Arèsville, south of Saint-François-de-Sales, or Pont-Viau. 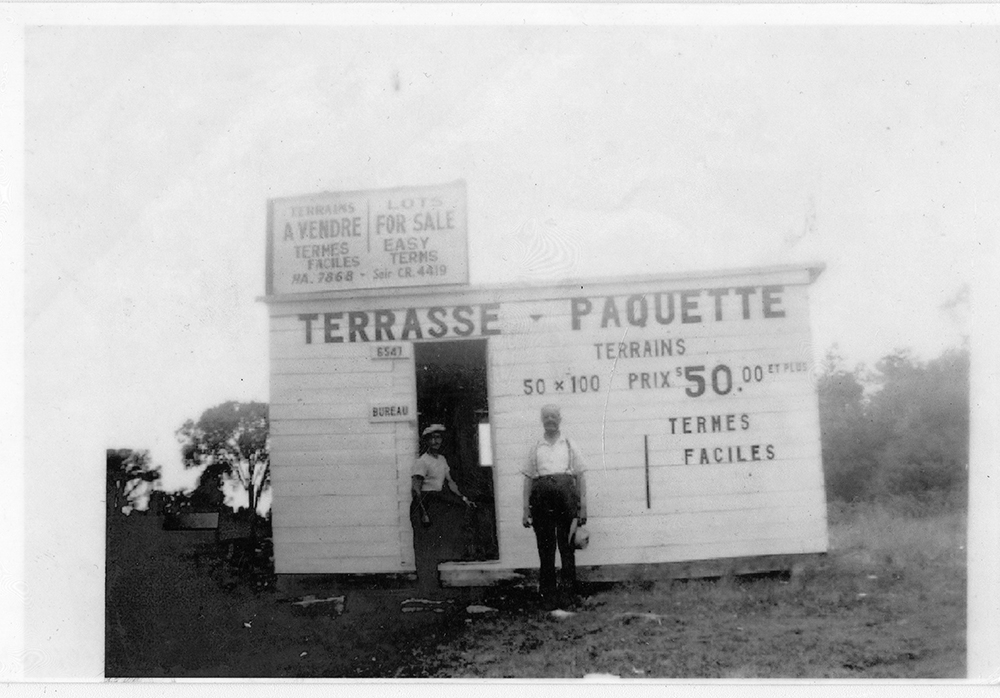 Property sales office in Laval, circa 1950

The post–World War II period was characterized by incredible economic and demographic growth across North America, and Laval was no exception. City populations increased sharply—the direct consequence of returning soldiers, an explosion of marriages and a baby boom. Living space was becoming limited. 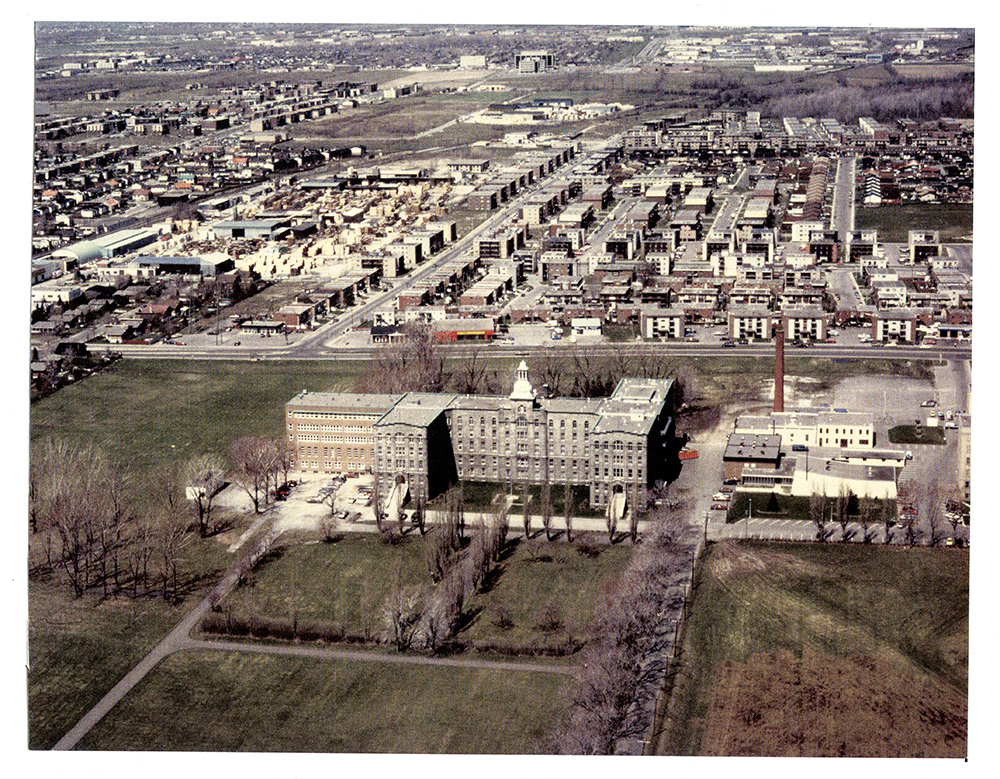 Suburbanization transformed the farmland of Laval. Aerial View of Saint-Vincent-de-Paul circa 1970s.

Suburbanization intensified in Laval as working in the city and living in the suburbs became a standard, even something to aspire to. This demographic phenomenon turned into a social and economic phenomenon, a by-product of the American Dream that was in step with the rise of the North American consumer society. 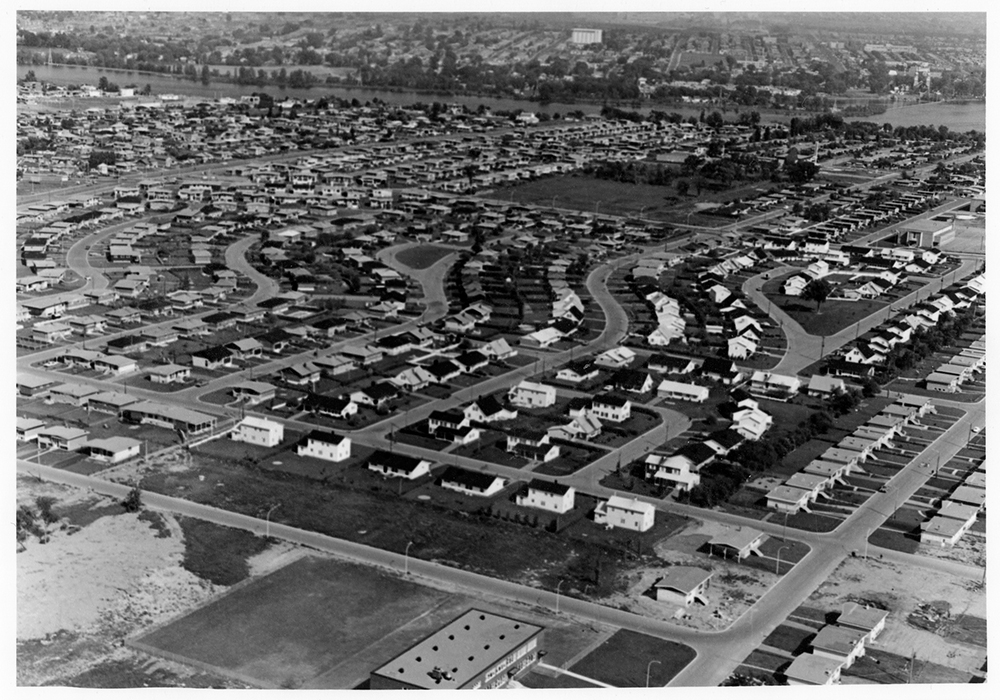 Duvernay, a Laval suburb circa 1965

The desire for and the possibility of having private living space encouraged families, even those with lower incomes, to buy a bungalow in suburban neighbourhoods like Duvernay, for example. The creation of these small communities helped to increase the number of small neighbourhood businesses that took advantage of the opportunity to open up near this new middle class.