Île Jésus being an island made it conducive to trade long before the Europeans landed in North America. Despite its difficult-to-access shores, as Father Dalmas explained in 1674, the First Nations hunted on the island and harvested its resources until the first colonists arrived. 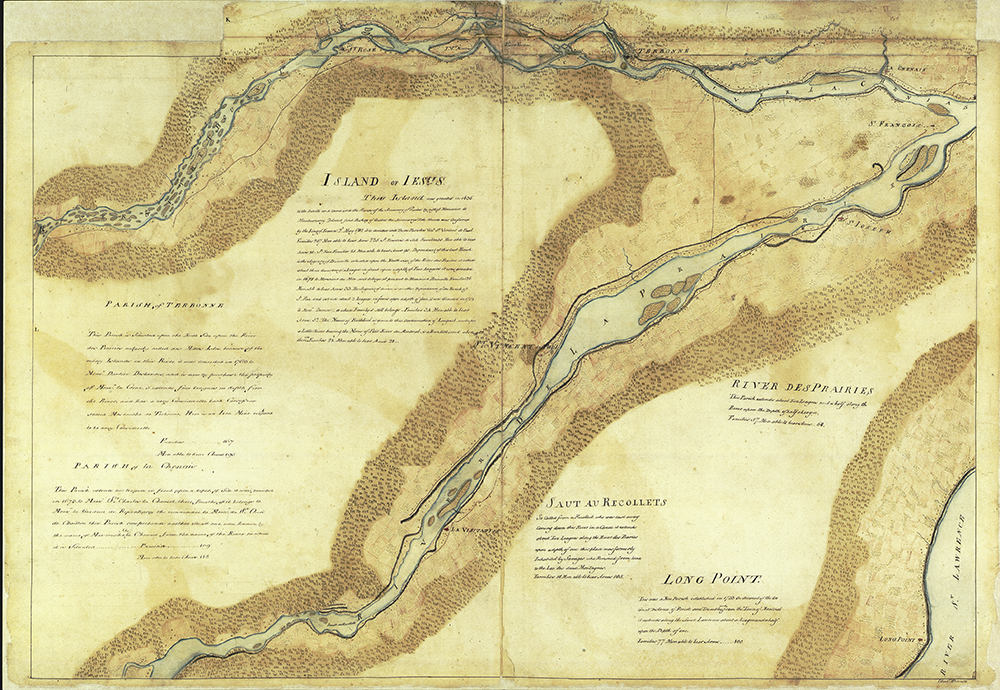 Map of the eastern portion of Île Jésus and the Island of Montreal, circa 1760

In the 17th century, the island was practically uninhabited. It was accessible, but the colonists had to be pretty resourceful to get from one shore to the other. Swimming or canoeing more than one kilometre was an option, but to avoid any misadventures, a number of makeshift ferries were set up.

The settlers moved to the safest spot in the Laval area: the eastern end of the island. From there, the first land routes were built. Users were responsible for maintaining and developing this road network. Depending on their individual economic activities, however, they made their own shortcuts, which meant that the less frequently travelled main roads were not as well maintained as they should have been.

In 1733, after observing the poor state of the roads along the shores, the intendant ordered them to be rebuilt. Côte du Nord and Côte du Sud, today Mille-Îles and Lévesque Boulevards respectively, were among the first roads that made it easier to transport goods and encouraged the region’s development.