Cultural minorities were listed in the census for Île Jésus for the first time in the early 19th century. They included residents of English, German, Scottish and Irish descent. Most of them lived in the Saint-Vincent-de-Paul and Saint-Martin neighbourhoods. 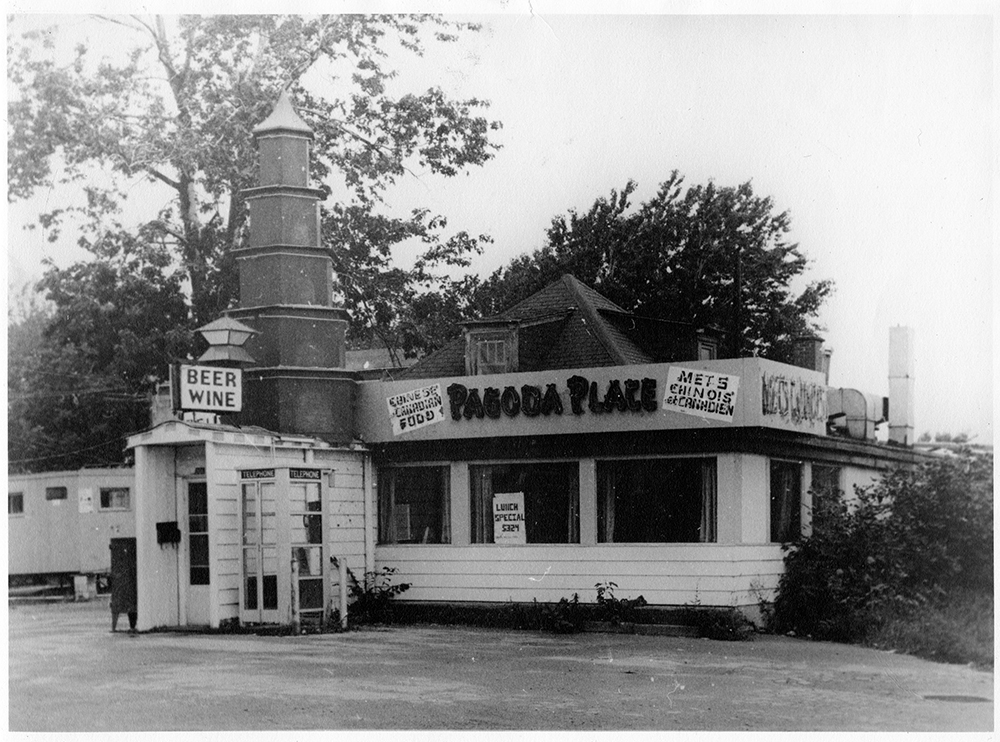 Pagoda Place, a Chinese and Canadian restaurant, circa 1960

The waves of immigration to Île Jésus began in the 1920s, with an increasing number of inhabitants of different nationalities noted. The peaceful and economically stable environment in Quebec in the 20th and 21st centuries has encouraged refugees from armed conflicts and economic crises to resettle here. Among them are many Lebanese, some of whom arrived in the late 1980s. Laval quickly became the city with the second largest immigrant population in Quebec.

Between 2001 and 2011, the immigrant population in Laval grew by 84.1%, bringing more than 55,000 workers. With a rich cultural background, these immigrants represent a unique human capital that is diversifying the Laval region’s economy. While constituting a new customer base for local merchants, these new arrivals are becoming increasingly active as entrepreneurs, particularly in the restaurant industry. Today, entrepreneurs from various cultural communities are present in all spheres of the economy, whether as doctors, engineers, architects, business leaders or in other occupations. They are contributing to the region’s economic vitality and redefining modern Quebec culture.

From Women’s Business to Businesswomen Conclusion