Until 1965, Île Jésus was home to 14 municipalities: Saint-François-de-Sales, Sainte-Rose, Auteuil, Duvernay, Saint-Vincent-de-Paul, Vimont, Laval-des-Rapides, Chomedey, Fabreville, Sainte-Dorothée, Laval-Ouest, Laval-sur-le-Lac and Les Îles-Laval. They prospered at their own pace and competed with one another until August 6, 1965, the date when they were ordered to merge. 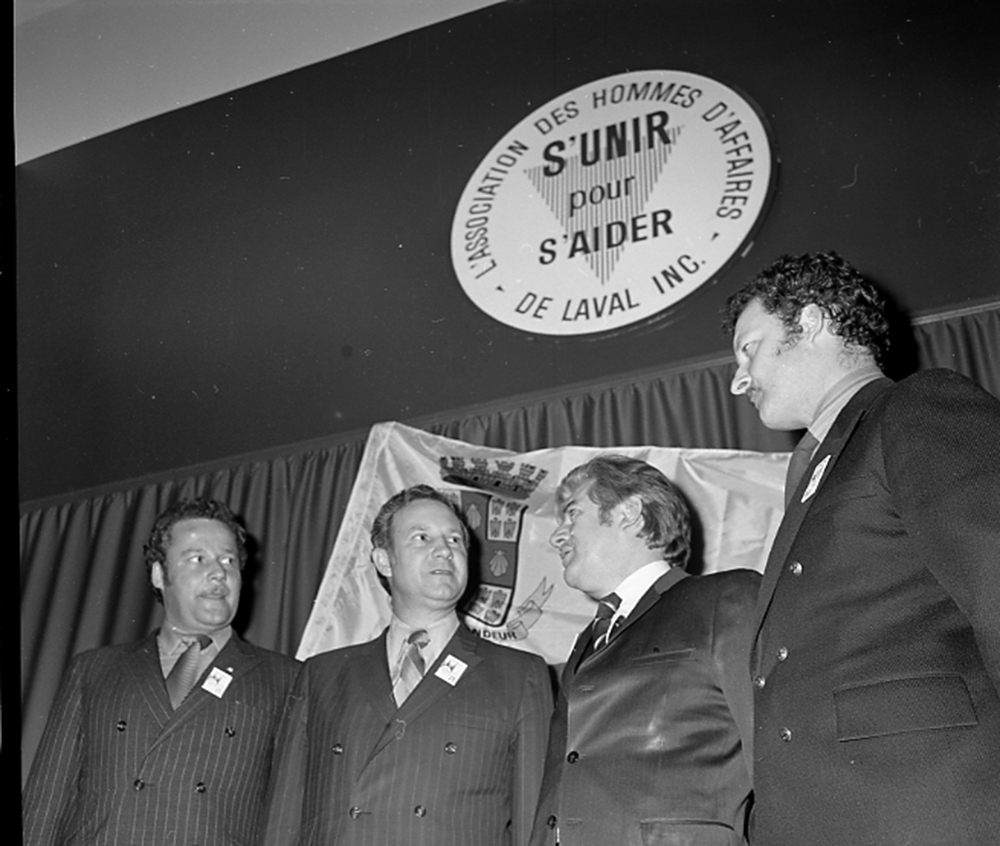 Meeting of the Association des hommes d’affaires de Laval Inc., an association of Laval businessmen, circa 1975

As a result of the merger, Laval became the third most populous city in Quebec. The new administrative arrangement encouraged groupings that would contribute to the city’s socio-economic vitality. For example, municipal bodies such as Laval’s school boards centralized their resources in 1998.

In 1983, local producers and merchants began attracting users and customers to a single public market: Marché Public 440. As a result, they not only increased their selling power, but were now also able to compete against larger entities, such as Marché Central in Montreal and other large shopping centres. 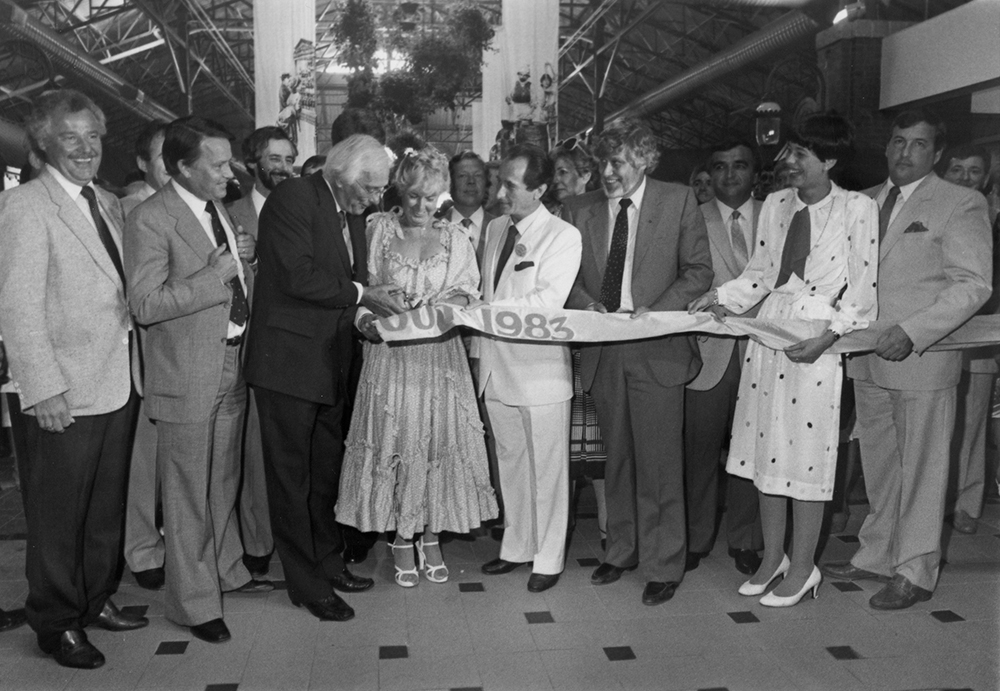 The opening of the Laval public market in June 1983

These groupings encouraged mutual assistance. Some of them joined together to offer one or more services, such as the Chambre de commerce et d’industrie de Laval, which has served as an umbrella organization for entrepreneurs, businesses and agencies since 1967. These organizations have helped to democratize entrepreneurship, and some of them have promoted the empowerment of minorities since the early 20th century. Examples include the Cercle des Fermières de Sainte-Rose, an association of women farmers founded in 1922, and more recently, the Association des femmes d’affaires de Laval, an association of Laval businesswomen created in 1999.

Interview with Jacques A. Catudal (Subtitles available in FR et EN) – Watch the video with the transcript (EN)

An Educated Society From Women’s Business to Businesswomen