At the end of the 19th Century, life was difficult; growing vegetables was a necessity, even for a religious congregation. Like anyone else, they needed good nutrition; and the number of mouths to feed just kept growing as more and more women joined the movement.

Citation from the Founding Mother to young novices.

The first monastery, with the extension built in 1902.

As early as 1896, the founder and her Sisters cleared a patch of land near their monastery to start a garden. In dense woods filled with stumps and strewn with stones, they felled trees, dug the ground, and cleared stones with ardour and courage. As soon as a small patch of land was cleared, they planted seeds. There was laughter and cheerfulness as they worked. And what joy for the gardeners when, at the end of summer, they saw their meals enhanced with fresh vegetables! When winter came, there was more work to do still. Near the monastery, they built a cow barn, a hen house, and a milk room with an ice box. The next year, running water and electricity were installed, making it easier to water the garden. The young land clearers continued and expanded their domain. In 1908, the harvest was exceptional: 205 pumpkins, 126 potato bushels (some 4,500 lbs), 36 carrot bushels (some 1,200 lbs), and 24 turnip bushels (some 840 lbs).

It is 1910, their new convent is being built in the woods, higher up on the cape, the Sisters renew their labour and clear a new parcel of land. They now have an immense vegetable garden. Sister Saint-Philippe-de-Néri (Marie-Anne Lemay) in named head gardener, a position she held from 1925 to 1948.

For many years, the huge garden adjacent to the convent is enough to feed the Congregation. But the creation of the Teacher Training School and Household Management School meant that buildings would start to progressively take up the available land. 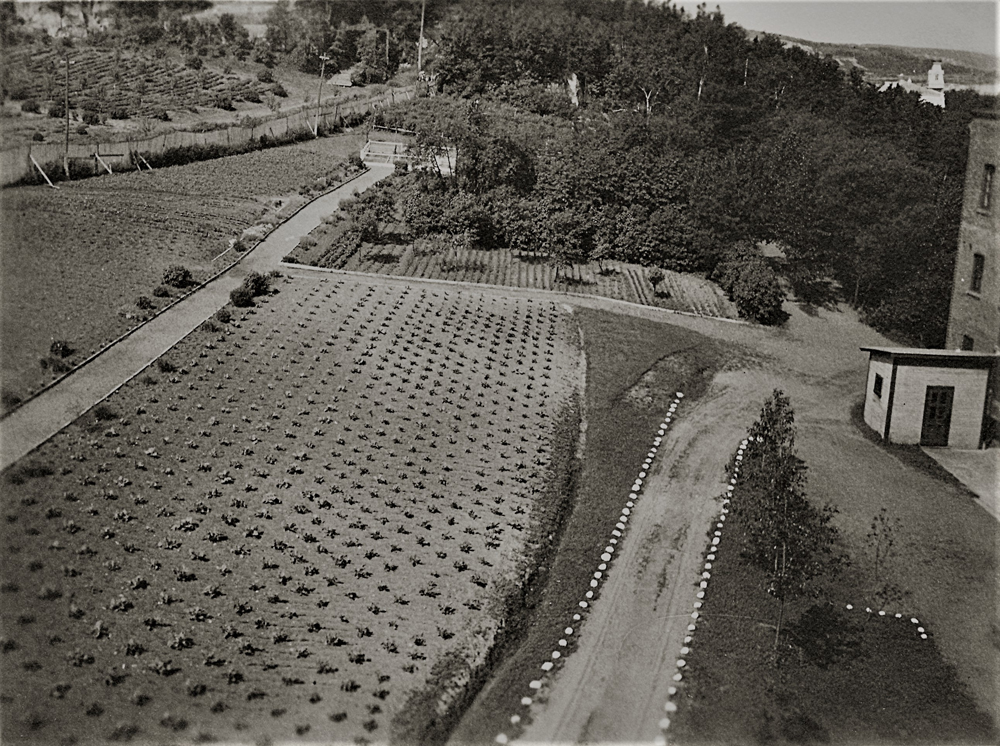 The land where our community took root, our predecessors truly mastered it with sweat and muscle.

In this audio clip, Sister Jeanne d’Arc Larouche (Sainte-Luce) describes how the Sisters gathered various types of fruits (gooseberries, dwarf apples, prunes) that grew around the first monastery to make jellies for the sick. 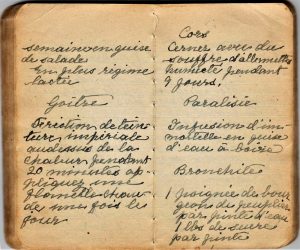