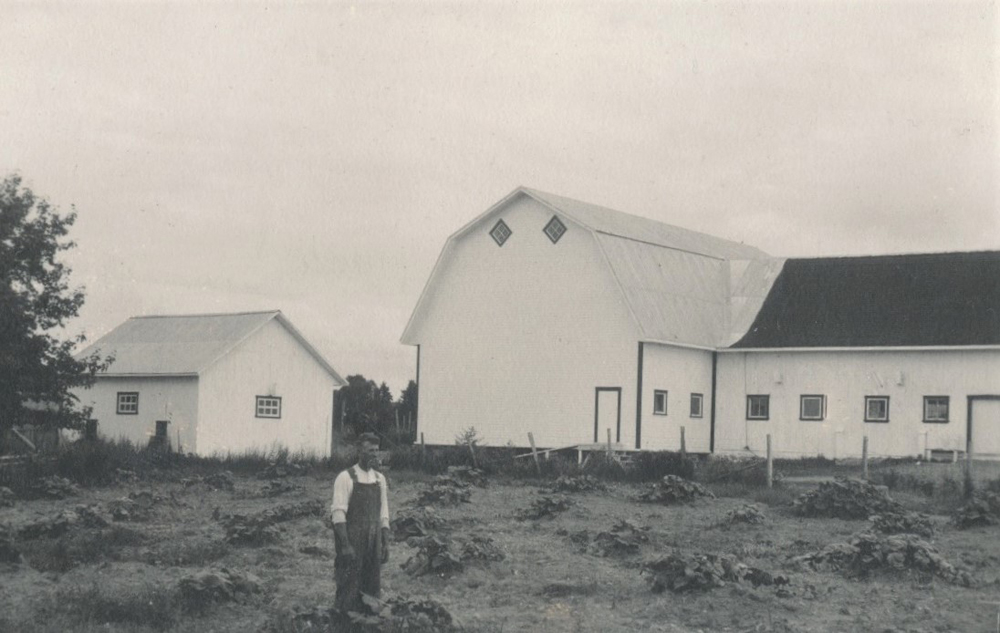 The farmer at Saint-Joseph farm in 1939.

In March 1936, the Congregation hires a man to carry out the agricultural work at the Saint-Joseph farm: Mr. Victorien Simard. The conscientious, skilled worker soon becomes a much-appreciated friend for the Sisters. The Congregation pays him a monthly wage and provides lodgings. In return, he supplies the daily milk rations, at 7:30 a.m. and 6:30 p.m. He is also available at all times to do the work needed on the farm, under the supervision of Mother Bursar. 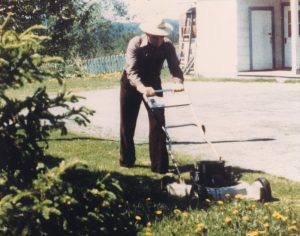 From 1937 onward, Mr. Simard lived on Saint-Joseph farm with his wife, Eugénie Laberge, and his sons, who helped with the hay harvest and egg collection. Mr. Simard cultivated a garden of his own, and raised poultry. He soon became indispensable. Between 1937 and 1954, the Sisters who worked at the farm did not yet live there. 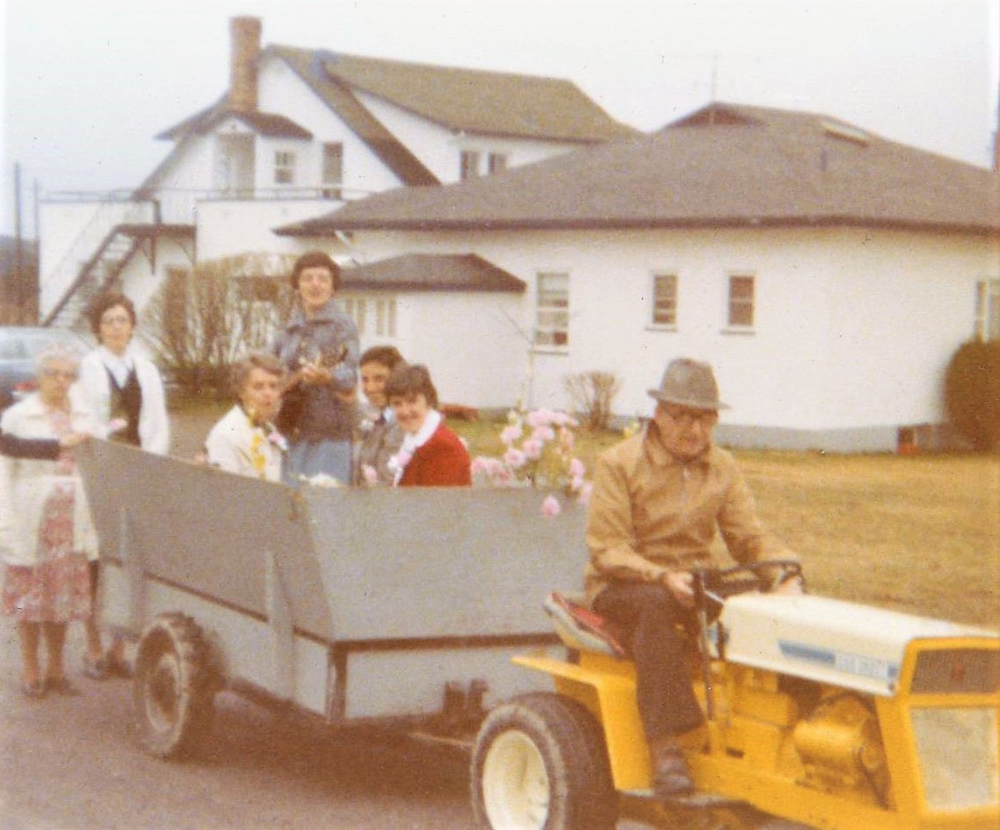 Victorien Simard gave the Sisters tractor rides during celebrations, in 1979.

During the 1967 labour strike, Mr. Simard continued to work at Saint-Joseph farm. Following the upheaval, he was the only employee who was not fired.

The Sisters took care of the farmer and prepared his meals after his wife died. “Good Mr. Simard”, as the Sisters called him, died on March 4, 1982, after 40 years of faithful service. The Sisters’ love for Mr. and Mrs. Simard was immeasurable. They were buried in the Congregation’s cemetery, located on the farm at the time.

Men and tractors on the farm! From Trina to Fido…