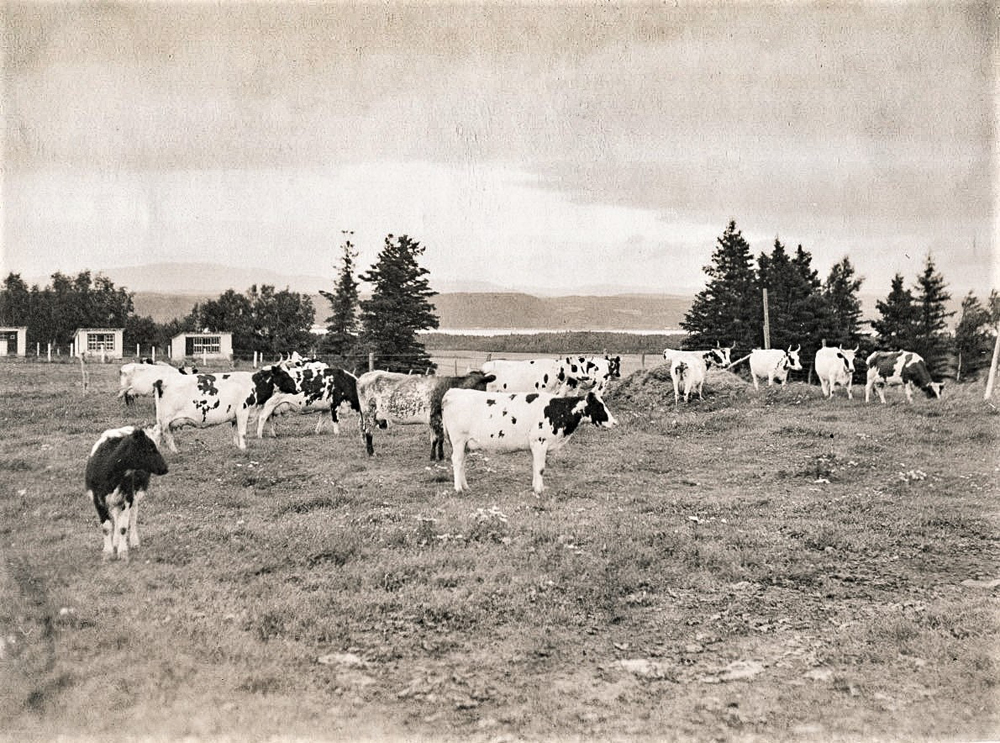 The Sisters are especially pleased with their dairy cows, 1940.

When they acquired the properties, the Sisters also acquired a variety of animals, and had to quickly learn the various duties involved in livestock farming. The farms were alive with cows, pigs, ducks, hens, rabbits, and even bees! 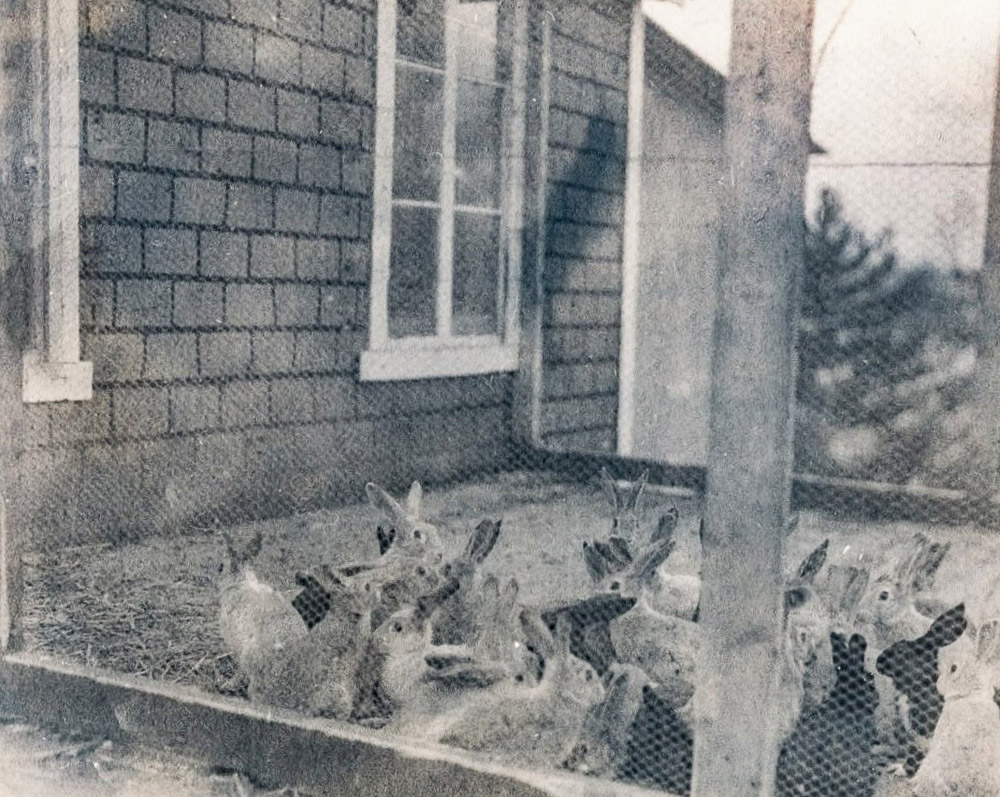 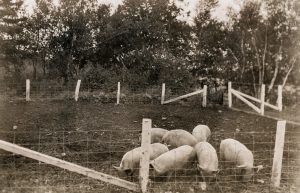 In 1968, the Sisters had a herd of 140 productive dairy cows. There were purebreds and Holstein and Ayrshire mixed breeds, as well as heifers. The Sisters took pleasure in naming them: Trina, Dauphine, Gloire, Girafe, Calme, Mélodie, etc. There were so many! The rabbit hutch numbered 45 individuals, and the pigsty, some 46 heads, including a breeding male, females, and piglets.

On September 27, 1941, Reverend Joseph Thibeault, Bergeronnes Parish Priest, donated “Gilles and Gilette”, two beautiful draw horses for ploughing and other soil preparation activities. “Black” and “Nelly” were, for their part, the Sisters’ mode of transport between the farm and convent, which stood about ten minutes apart.

Over the years, the Sisters had a number of dogs. First, there was the faithful Fido, but when he disappeared in 1959, he was replaced by Bijou, a Husky whose maybe too-pronounced taste for adventure led to his mysterious disappearance on February 20, 1964. His successor was Miki, a risk-taker who was struck by a passing car after only a few months at the farm. Then came Café, and the happy Sol.

Victorien Simard, a faithful friend and farmer A place of leisure and education!