Farming is becoming an ever-bigger part of life for the Congregation. Some of the Sisters spend all their days attending agricultural duties, but everyone lends a hand; postulants and novices are assigned potato chores. Other nuns take regular turns peeling and hulling different types of beans. 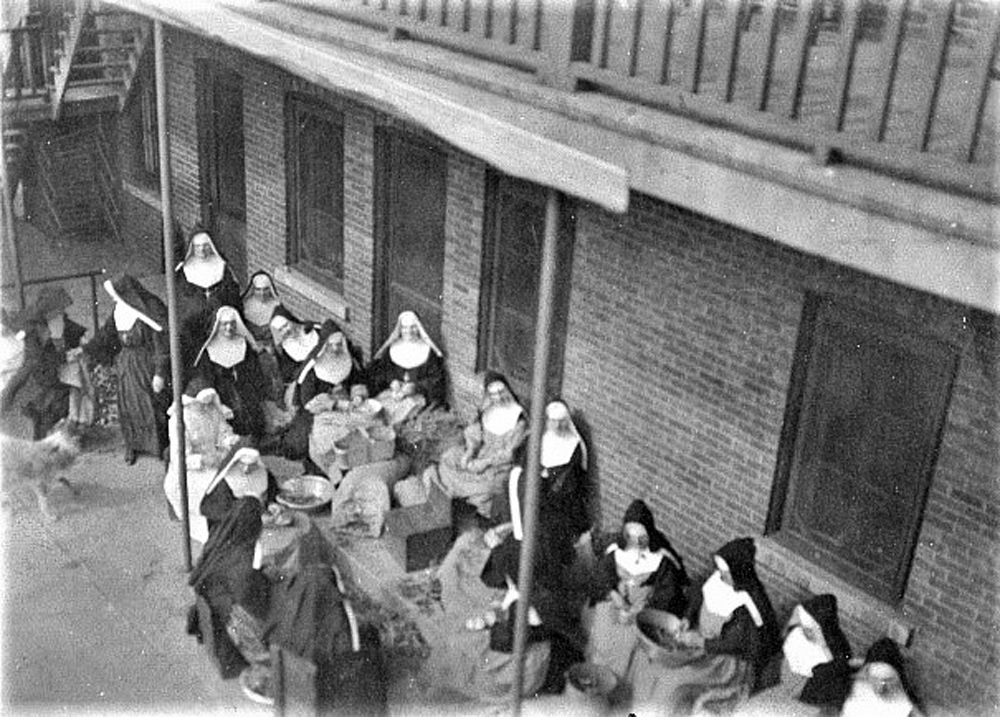 Peeling broad-beans behind the convent.

Sister Gérard-Marie (Jeanne d’Arc Couture) remembers the clinging smell of onions during harvests. She also worked in the convent’s kitchen, where she made great quantities of fruit and vegetable preserves. 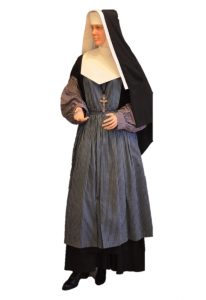 These courageous women were not afraid of the backbreaking labour farming demanded. Dressed in their religious habits covered with blue-and-white striped aprons, they seeded and harvested vegetables, cared for the hens and other animals, and gathered berries. Spending their days outdoors was pleasurable, their laughter and songs were like lullabies in the fields. 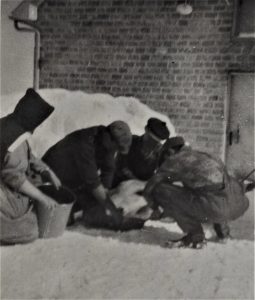 Since they became attached, they lived in dread of having to eventually kill the animals for meat. In 1957, two Sisters who had grown up on farms were called upon for help: Sisters Sainte-Geneviève (Alice Gaudreault) and Marie-Elzéar (Jeanne Morin). With the help of convent employees, their “bloody” deed was done and the convent’s freezers were filled with 110 chickens and 79 ducks.

Every morning, a group of Sisters left the convent on foot or horseback to tend to the henhouse, beehives, and other chores, and returned in the evening after a long day of labour. Member-Sisters of the Congregation’s General Council dutifully oversaw the operations. 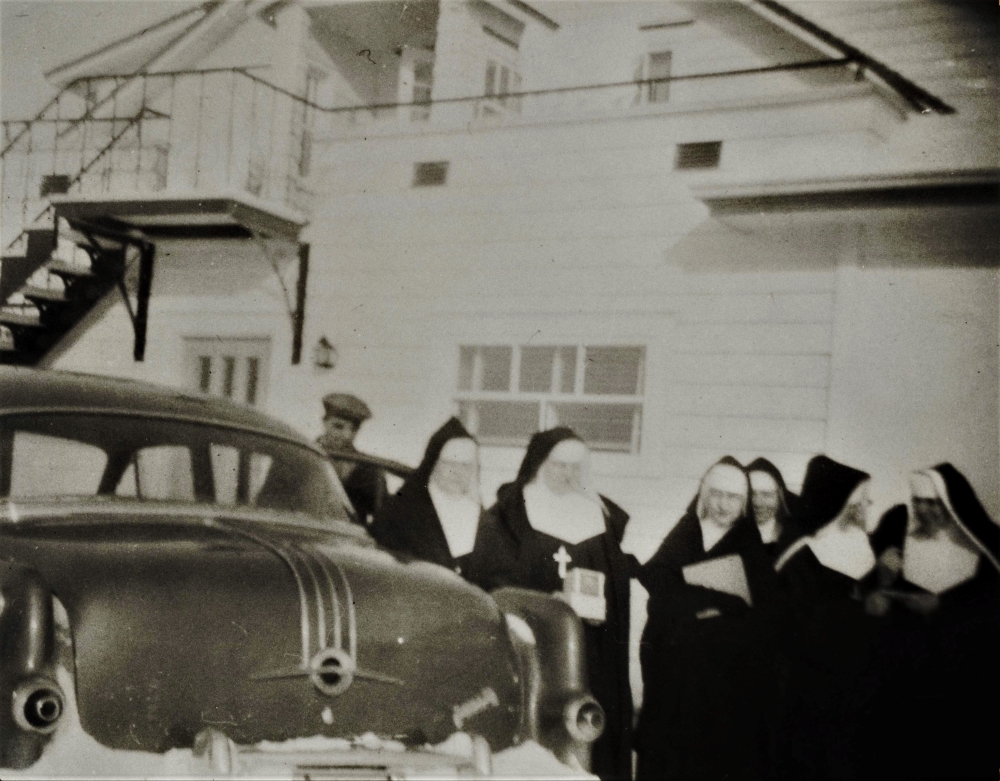 The General Council visits the farm, 1954.

The nuns who worked the farm did not yet live there, not before August 23, 1954, when a group left the convent to take up residence at the Saint-Joseph farm. That first group included Sisters Saint-Thomas-de-Villeneuve (Claire Lessard), Ida-De-Jésus (Marie-Luce Néron) and Saint-Victorien (Rose-Aimée Gilbert). These pioneers worked tirelessly to harvest the land and provide sustenance for the Congregation. Several other groups of nuns followed their example thereafter. The farm was a place of tranquility, where happiness and labour went hand-in-hand.

Drawing of the Sisters’ house on Saint-Joseph farm, by Sister Rita Fortin (Louis-Joseph), 1979.

A growing number of mouths to feed A never-ending cycle