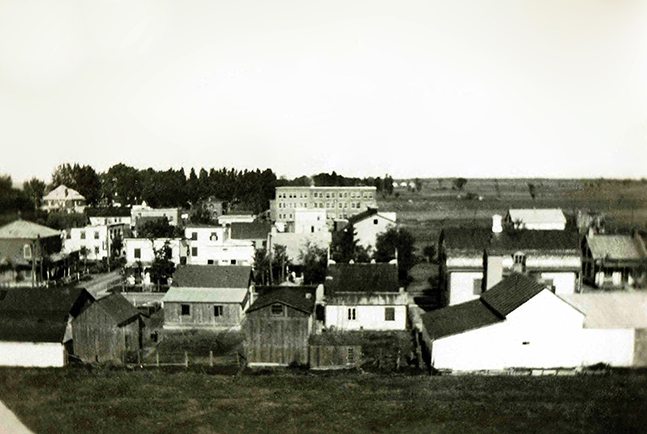 Located in a rural setting, Contrecœur distinguishes itself by the number of factories it contains.  Contrecœur residents who have lived there for generations will tell you,  “At one time, everybody worked in the shoe industry.”  During the good years, factories were the bread and butter of close to half the town’s population.  This exceptional situation is mostly the result of the contributions of two families: the Papins and the Cooks.

We can thank the Papin family for establishing Joseph Papin ltée, Leo’s Shoe Reg’d and Popular Shoe & Co. Ltée. For its part, the Cook family, who acquired Albert Charron’s factory in the early 1930s, remained an integral segment of Contrecœur’s landscape until 2004 and left their mark on the town’s history as well as its inhabitants.  Over the years, the Cook factory changed its name, but in the heart of Contrecœur’s townspeople, it remains now and forever associated to its very first name: Lafayette Shoe Manufacturing Company Limited.

Although shoe factories played an essential role in the municipality’s development, they were far from the only regional attraction.  Léopold Hamel tells us what made Contrecœur stand out from other towns in the 1950s.

The transformation of a farming village The pioneer: Joseph Papin I