Once the pride of Québec’s economy, today, the beleaguered shoe industry finds itself backed into a corner by foreign competition.
[…]

In the 50s, Canada numbered approximately 300 manufacturers of relative importance in the sector, according to the Shoe Manufacturers’ Association of Canada (SMAC). Only about twenty manufacturers remain today, Chinese merchandise having already conquered 80% of the Canadian market. Close to 40% of the remaining workforce appears to be in Québec with 1,765 jobs. Twice that number could still be found there no later than 2003.

Toward the end of the 1950s, the arrival of steel companies in the region, including Sidbec-Dosco, Iron Ore and Steel Company of Canada progressively displace the shoe industry as the town’s main employer. 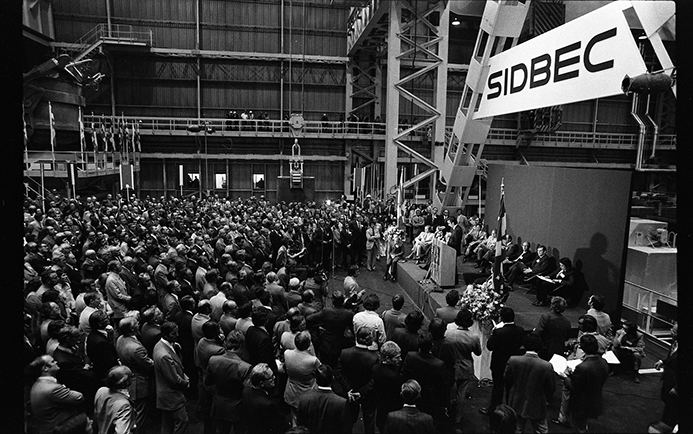 The era when “everyone in town has worked in the shoe industry” fades from collective memory. A few traces hint at the golden age of the shoe: Charron and Papin Streets and Joseph-Papin Park; the Lafayette factory, still standing at the corner of L’Heureux Street; the magnificent brick house built by the Papins on Marie-Victorin Road and the one that was once upon a time inhabited by Albert Charron on Saint‑Antoine Street; a stone plaque placed near the Sacré-Coeur monument engraved with the message that it was erected in 1922 thanks to Joseph Papin ltée and Albert Charron employee donations.

If these reminders continue to hint at that golden age, the tales of the people who made these factories live and breathe will slowly disappear. In this brief history, we have preserved a small part of our local collective wealth, paying tribute to everyone who helped Québec lace up its shoes. 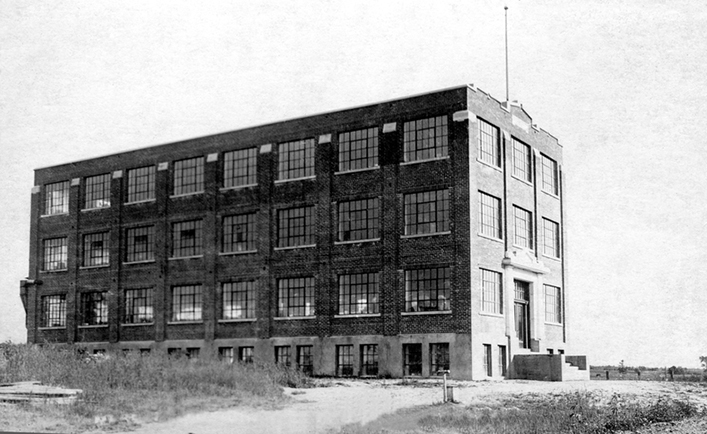 Multimedia projections on the Genfoot factory in 2018