At the beginning of the 2000s, although business is going relatively well, the future of Lafayette is threatened. The problem Genfoot faces amounts to a simple equation: a pair of boots made in China costs less to make than a pair of boots made in Contrecœur. It comes finally down to market globalization and, more specifically, fierce Asiatic and emergent market competition that spells the end of Contrecœur’s shoe industry.

In February 2004, Genfoot Inc. closes the doors of its Contrecœur factory. 180 employees lose their jobs. A portion of Kamik boot and slipper manufacture is transferred to China, while the remainder continues to be crafted in their Montréal, Ontario (New Hamburg) and US (Littleton, NH) factories. To this day, a third generation of Cooks continues to manage the business’s operations whose headquarters are located in Montréal’s Lachine district. 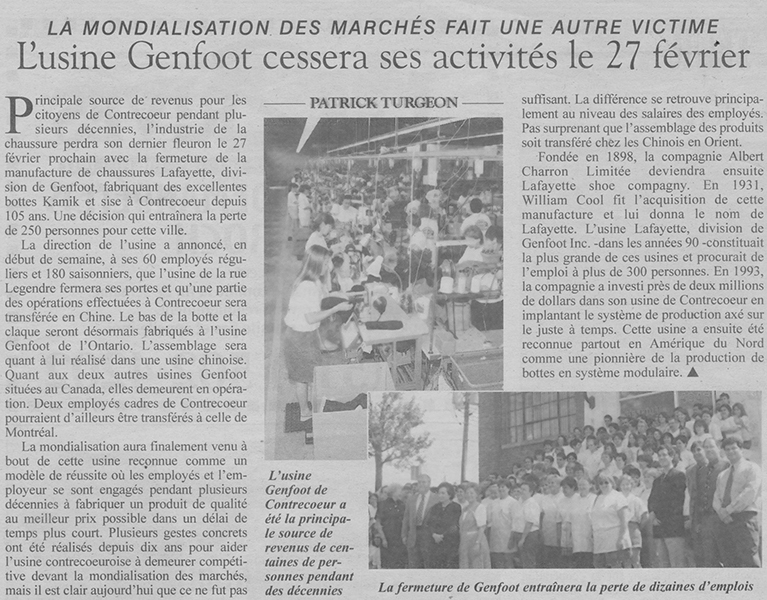 Article about the closure of Genfoot (2004)

In an effort to preserve an iconic building of our industrial heritage, the City of Contrecœur purchases the old factory in 2017. For those who lived through the golden age of the shoe in Contrecœur, this structure remains “chez Lafayette ”. If only walls could speak…