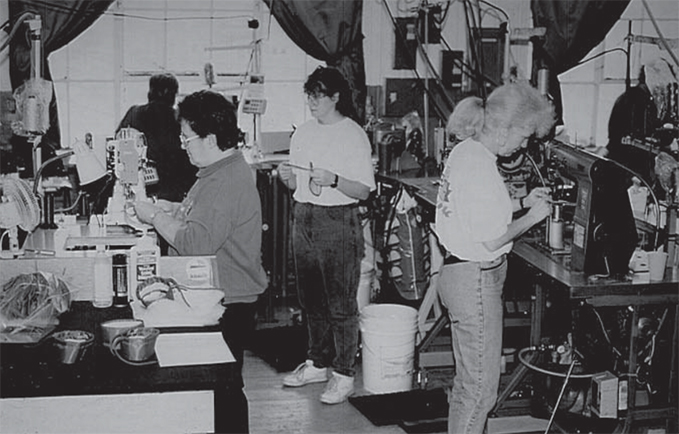 At the beginning of the 90s, the company follows negotiations between Canada, the United States and Mexico aimed at creating the North American Free Trade Agreement (NAFTA) with some concern. Joe Bichai, newly employed as an Industrial Engineer for Genfoot, would like to make changes to production in order to improve productivity and remain competitive against new, emerging market competitors.

A meeting is arranged for all employees, a first in the company’s history. Here he is explaining the context that led to this unprecedented meeting followed by the work processes that, according to him, would need to be modified.

A pilot project is launched, inspired by the modular system and Toyota’s production system. The product is crafted from A to Z by a small, multidisciplinary team placed around a U-shaped module.  Each module is, in a manner, a mini factory. The pilot project results are astounding.

In addition to increasing production volume within clearly shorter timeframes, product quality improves, and the number of accidents reduces. But implementation does not come without hurdles.  For employees who had previously mastered the operations they had to perform, these changes require a great deal of versatility and multitasking, as Joe Bichai tells us in the following video, and Gilles Tétreault after him.

A page of history is being turned. At Lafayette, unlike other Contrecœur factories that all used, more or less, the same business model throughout their existence, we will no longer see long conveyors on which shoes-to-be travel from department to department. The time when one task was done repeatedly day in and day out is over, as is piece work remuneration. From now on, every employee is paid by the hour. Numerous workers will work in this new environment. In 1993, over 300 people earn a living at Lafayette, where over 8000 pairs of boots are crafted daily! 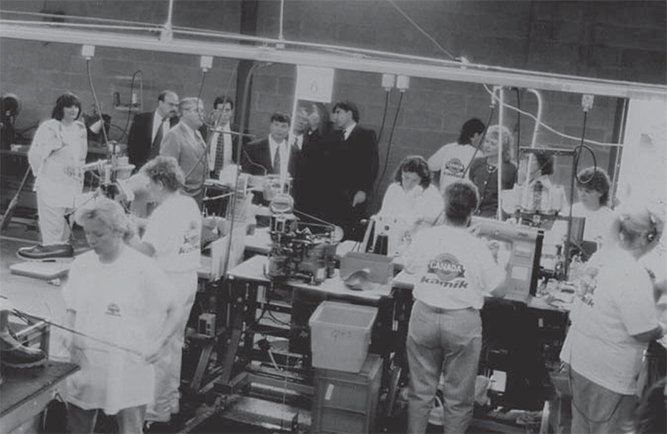 The Kamik brand The final years