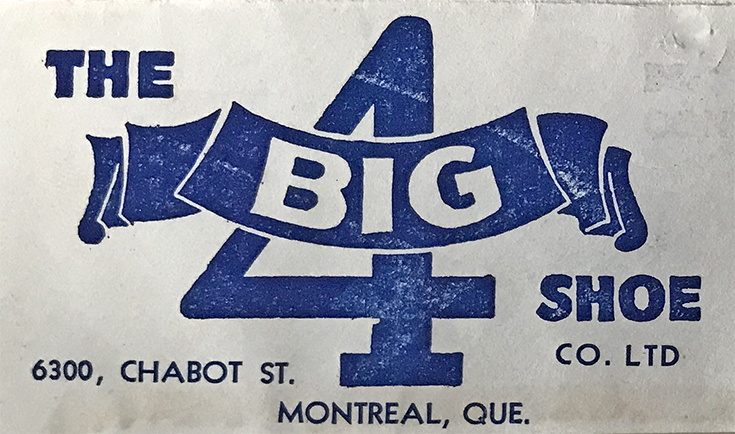 In 1944, Lucien Corbeil, hailing from a long line of shoe manufacturers, buys out Leo’s Shoe. The Papins and Corbeils have been moving in the same circles for many years and know each other quite well. Less well known in town, Lucien Corbeil manages his business from Montréal where he lives.  He regularly travels to Marieville and Contrecœur in order to personally ensure that his factories perform well. In fact, it is said that he was easy to approach and was not afraid to get his hands dirty if, when he happened to be passing through, a machine needed to be repaired.

Leo’s Shoe then becomes Big 4 Shoe Co. Ltée until the beginning of the 1950s when the company changes its name to Apex Shoe Co. Ltée. For Léopold Hamel, this particular period was the golden age of Contrecœur’s shoe industry.

When the opportunity to discuss it arises, Contrecœur residents simply say, “at Corbeil”. The factory operates on two floors and employs over 150 people, as Léopold Hamel explains.

In 1978, M. Corbeil sells his women and children’s shoe factory to a neighbouring competitor, General Footwear Co. Ltée (Lafayette division), which transforms the building into a warehouse. No trace remains today of the Corbeil factory. The land is currently used as a parking lot between the Lafayette building and the Centre multifonctionnel de Contrecœur.