Much like Joseph Papin I, Albert Charron is one of the founders of Contrecœur’s shoe industry.  He was born in 1874 in Saint-Henri in Montréal, from the union of Félix Charron, shoe manufacturer, to Odile Pelletier. In 1897, with the help of his wife Flore Martin and three employees, he crafts leather shoes for children in a small rented Contrecœur space.

The business begins to flourish. A wooden, two floor structure is erected on St‑Antoine Street in 1906 and, six years later, a three-storey brick building is tacked on to the original. The eighty laborers that work there can barely keep up with the increasing demand. 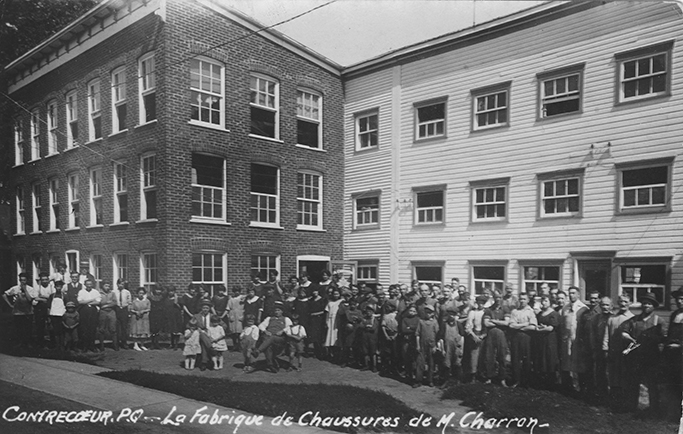 Employees in front of M. Charron’s shoe mill after 1912

In 1924, Albert Charron purchases a parcel of la Fabrique land and has a magnificent, four storey modern building with steel-framed windows erected for the sum of $50,000. Built by entrepreneur Stanislas Dupont, the factory, which seems to be located in the middle of nowhere, will have, as its address, des Manufactures Street (Legendre Street today). 125 people now earn a living in Albert Charron’s new facility. 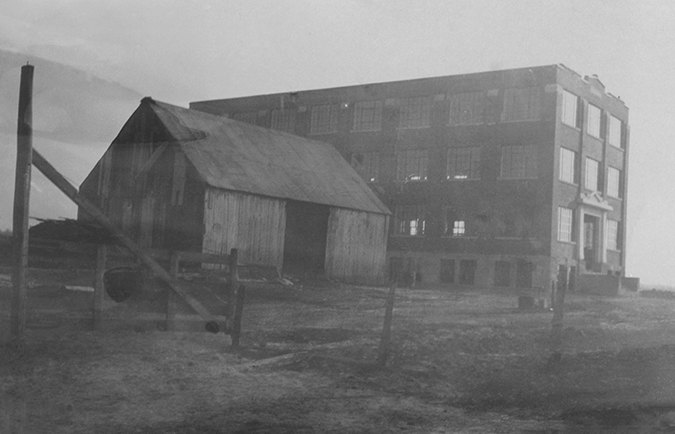 A persevering businessman and politician, Charron is mayor from 1917 to 1921, in addition to being one of the town’s most prolific employers. In 1931, two years following his death, the business he established falls to the prevailing economic crisis. The company is placed under the protection of the Bankruptcy Act and sold to William Cook, heralding the story of the Lafayette Shoe Manufacturing Company Limited.

Popular Shoe William Cook: the tale of a great traveller