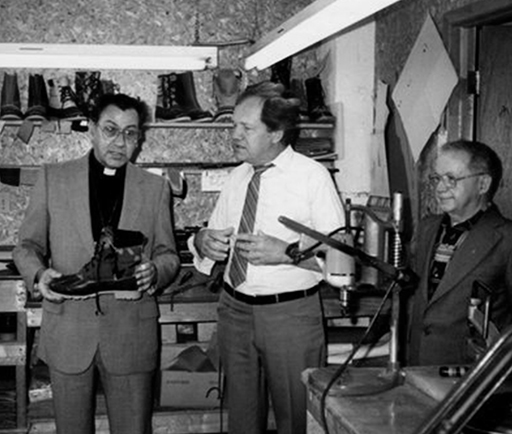 In this picture taken inside the factory, we see Georges Tétreault, the factory’s General Manager, accompanied on the left by Mgr. Bernard Hubert, bishop of the Saint-Jean diocese, and on the right by the abbot Jean-Louis Yelle, the parish priest.

Mr. Tétreault worked for 52 years (from 1939 to 1991) at the Lafayette factory.  Initially hired as an apprentice, he climbed the ladder over the years to become General Manager in 1960.  Prior to retirement, he had been VICE PRESIDENT OF MANUFACTURING for several years.