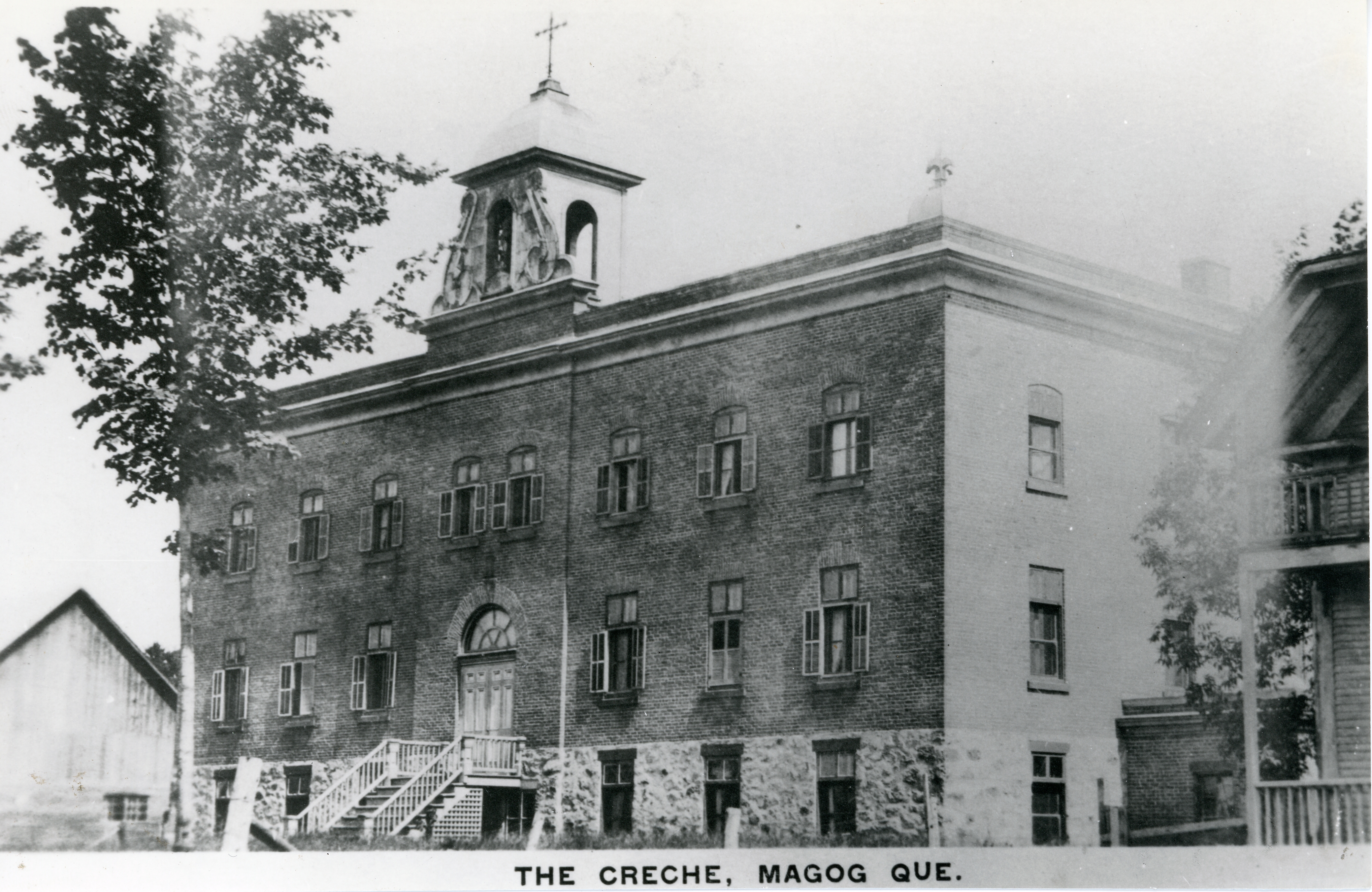 Founded in 1907, an initiative of Father Charles-Édouard Milette, the day-care centre served several purposes. Established in the Eastern district, it was intended as a day-care centre for children whose mothers worked at the factory. However, it also welcomed orphans, the sick, and senior citizens. In 1909, a primary school offering Grades 1 to Grade 3 classes was also set up there. In 1928, 150 students attended the day-care centre.[1]
The founding of the day-care centre was, moreover, one of the motivations for dismissing the Marianites de Sainte-Croix nuns. Given that their order was dedicated solely to education, they refused to take charge of the day-care centre. It was their refusal that provoked the arrival of the Filles de la Charité du Sacré-Cœur de Jésus (F.C.S.C.J.), who took charge of it. Since neither the school board nor the new priest, François Xavier Brassard, was in favour of maintaining two religious orders in Magog, they asked the Sainte-Croix nuns to leave and invited the F.C.S.C.J. to replace them in the convent.