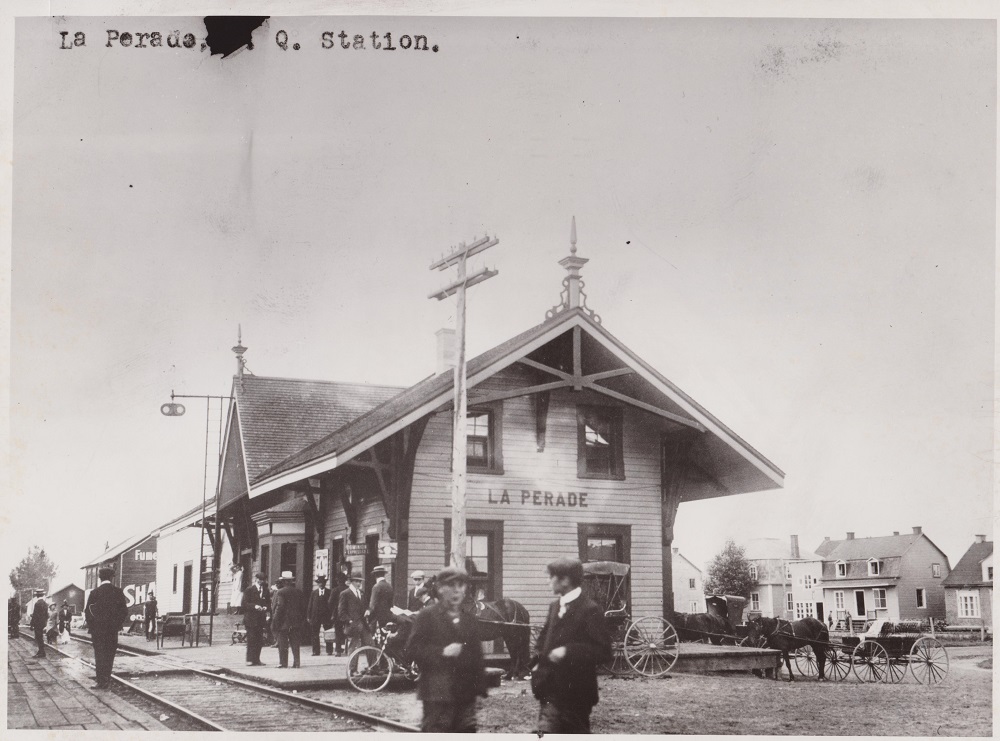 The Sainte-Anne-de-la-Pérade railway station was built in 1877. It appears on the Canadian Register of Historic Places since 2007 and is designated as a patrimonial railway station due to its historical importance and its architectural and environmental qualities.