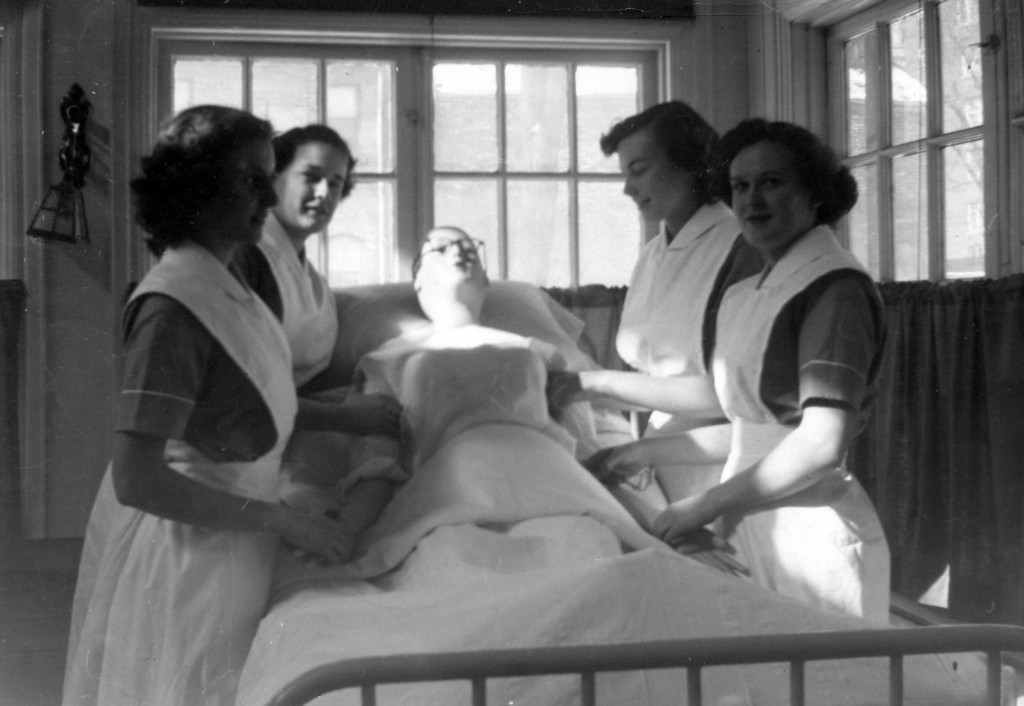 We can all recall with a smile on our faces how we tied each other up from head to toe with numerous bandages, splints and blankets – “trying” to administer the best emergency care possible. The practice of artificial respiration on each other was informative and interesting but for some reason many of us suffered from bruised rib cages after each session!

For all nursing students at Women’s College Hospital, learning began in the classroom.

Before nursing students were allowed to perform nursing duties in the wards of the hospital, they practiced basic techniques in the classroom. Without real live patients, students performed procedures and treatments on each other.

The Mrs. Chase doll was a life-sized mannequin made specifically for student nurses to use as a patient. In 1950, the Alumnae Association bought a Mrs. Chase doll for the Women’s College Hospital School of Nursing.

Mrs. Chase was bathed, bandaged and even given needles. She was a nursing student’s first patient.

Mrs. Chase was a valuable educational tool and a common sight in most nursing schools in Canada.

Listen to Charlotte, Class of 1969, talk about the role of Mrs. Chase in her studies.