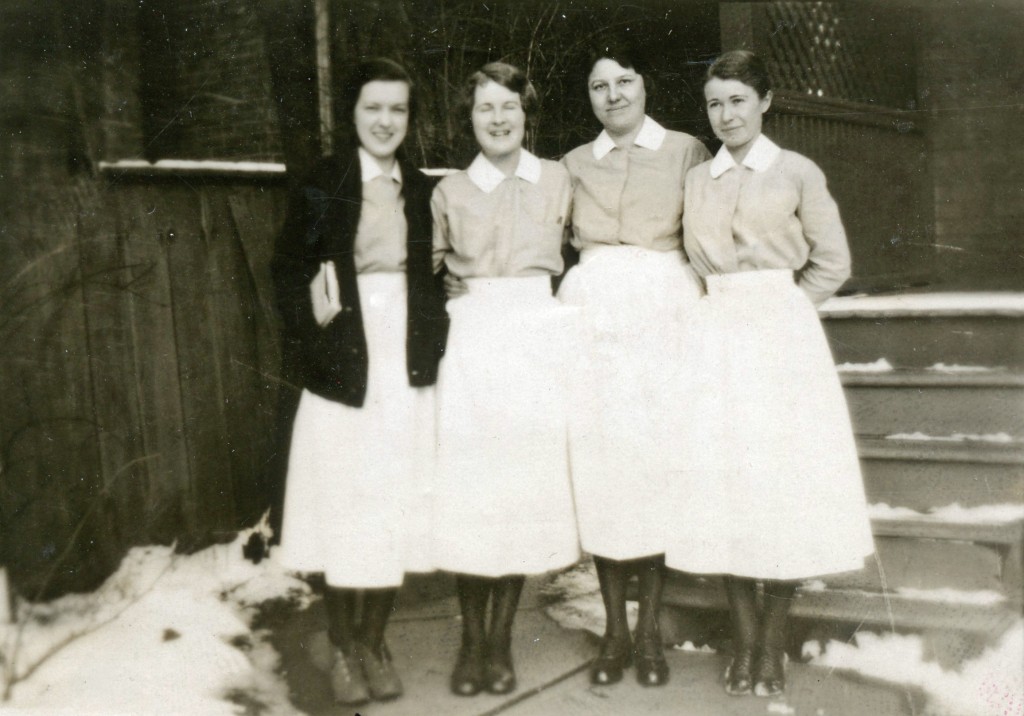 Probationers from the Class of 1934.

Each nursing school in Canada designed its own uniform.

At Women’s College Hospital, the earliest student nurse’s uniform was a blue and white long-sleeved pinstriped dress with a white bib and apron. Both the dress and the apron were required to be twelve inches from the floor. The uniform also included starched stiff white cuffs and a linen collar, black stockings and high black laced boots.

These took quite a while to lace up so that when the supervisor finished taking roll call in the morning and left the room, everyone was seen to bend over and finish tying up their boots under the table!

The earliest nurses’ caps were made of pleated organza and were fondly referred to as muffin caps. 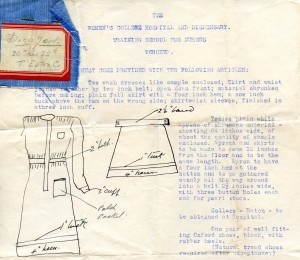 Letter to probationers about uniforms.

In 1927, the high black laced boots were replaced with black rubber heeled Oxford shoes. The following year, the style of the cap was changed to a folded and starched white linen version.

Students were very happy that the hot and constrictive long-sleeved pinstriped dress was replaced with a much shorter and more fashionable short-sleeved, solid blue version in 1948. The black shoes and black stockings were also later replaced with white accessories. 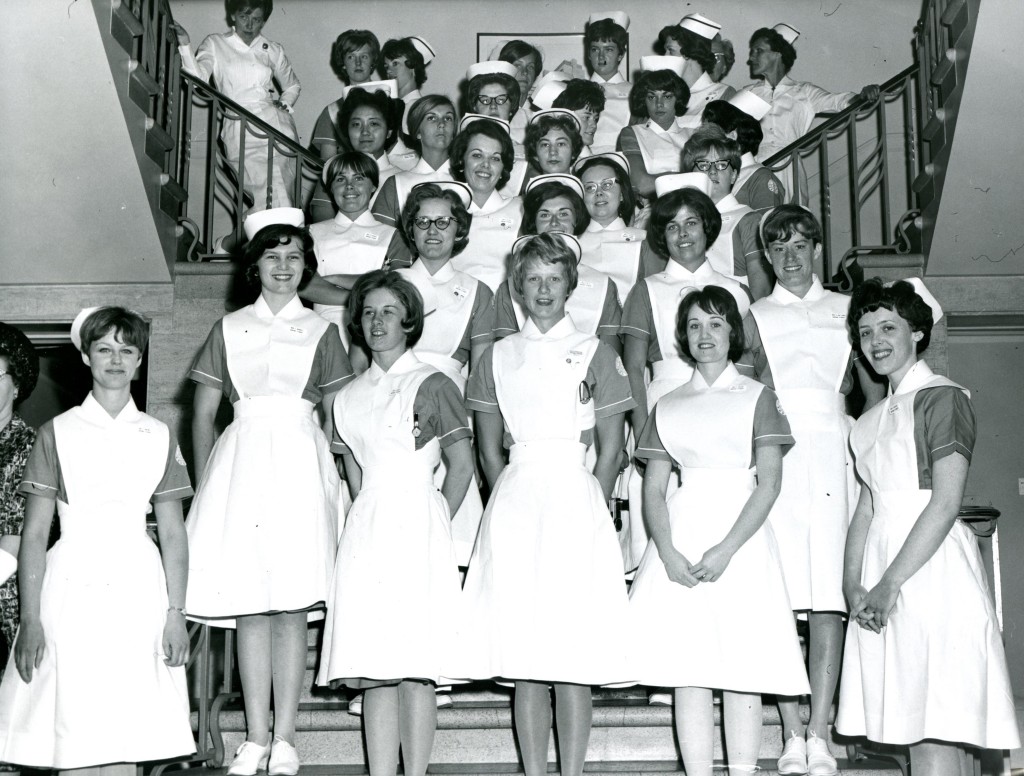 Listen to Charlotte, Class of 1969, speak about student nurse uniforms during the 1960s at the Women’s College Hospital School of Nursing.

The Hub of Social Activity The Student Nurse Uniform: “In Good Taste”